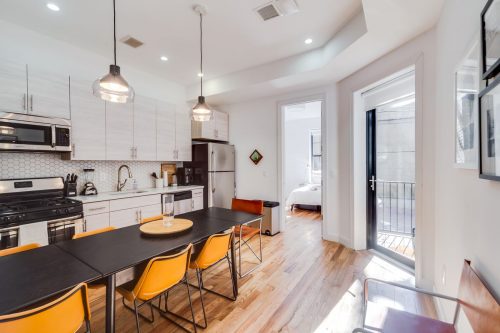 Back in March, the Vanguard reported on the rise of dorm-living and co-living spaces for professions (see: Analysis: Dorm Living for Professionals).  The article came at a time when critics of various apartment complex proposals around town have claimed that these are “mega-dorms” and their structure makes them poorly suited for workers or families.

At the time, we reported that the critics were ignoring changes that have occurred in the structure of housing, as changes have emerged in a number of markets to accommodate the unaffordability of rent in many locations.

A March 4 article in the New York Times notes: “In search of reasonable rent, the middle-class backbone of San Francisco — maitre d’s, teachers, bookstore managers, lounge musicians, copywriters and merchandise planners — are engaging in an unusual experiment in communal living: They are moving into dorms.”

The Bee reports: “A Sacramento developer noted for risk-taking said this week she plans to build a high-rise apartment and hotel project a block from the Capitol with an unusual twist: One floor of

the proposed 15-story structure at 10th and K streets would consist of dorm-like housing units.”

Nikky Mohanna said that her project, which she calls 10K, would also add about 186 regular apartments.  These would be separate from the co-living floor.  The project would also include a four-star hotel with 200 rooms and ground-floor retail.

The Bee reports that this is her second “unconventional downtown development” project.  She is currently constructing an 11-story apartment building at 19th and J that has “micro” studio units which are aimed at millennials with rents at less than $1000 per month.

She told the paper that “the co-living portion of the 10th and K project is a work in progress, making it too early to say what rents will go for. The design likely will involve group apartments that can house two to four young workers in private rooms; they would share a kitchen and bathroom. The floor would have group lounge areas that can act as communal living rooms.

“We want to make it a fun environment that students and young professionals are going to appreciate,” she said. “We have a difficult situation in Sacramento where people can’t afford housing, and we need to come up with innovative ideas to solve that.”

The Bee article notes that similar co-living projects have been launched in other major cities like San Francisco, Seattle and New York, but this would be the first in Sacramento.

The project as a whole offers “multifunctional urban density and inclusive growth we need in the core of our city,” she wrote in a press statement.

The Bee said Capitol spokesperson Kevin Liao noted that this is something much needed by other young staffers, many of whom are making only $30,000 to $40,000 a year.

He said, “Promoting these units as affordable for fellows and young staffers is one thing; for them to actually to make financial sense for a staffer making $30,000 or 40,000 a year is much more difficult to achieve.”

The need for alternative living space has been made repeatedly on the Vanguard over the last few years.  Many have criticized the student apartment proposals and developments as focusing too much on students with their four- and five-bedroom apartment configuration.

But many experts have pointed out there is no reason even a four-bedroom/four-bathroom apartment couldn’t be re-configured to serve families if need be.

For workers, a dorm-structured housing arrangement could work quite well.

This was a point that Sean Raycraft attempted to make in his December Vanguard article, “What’s So Bad About Shared Housing.”

Mr. Raycraft argued, “Recent efforts and rhetoric by some in town would have you believe the interests of students are divergent from those of young families, working poor folks and other groups of renters. It’s a divide and conquer strategy, that I hope fails. Renters are at the end of the day… renters. Improving the rental market as a whole will improve conditions for everyone who rents in town.”

As he pointed out, “Who is to say that a 25-year-old retail worker could not rent one of those rooms in a four-bedroom suite with a common living area?”

He argued, “The point is that while a shared space style of living isn’t exactly traditional, it by no means is exclusionary by design. In fact, similar communal living situations are happening right now, all over Davis. When four or five friends get together and sign the lease on a rental house for a year, they will usually get their own room, often with a lock on it, obviously with shared living spaces.

“While the living situation was not always perfect, it was a way for us to share space, and thrive in Davis,” he said.

As the New York Times article from earlier this year points out, these professional dorms are not just serving people in their twenties.  The reality is that the cost of housing is pushing many people out of these locations.  Co-living spaces are a way to make some of them pencil out financially.

The Sacramento examples are only the latest.