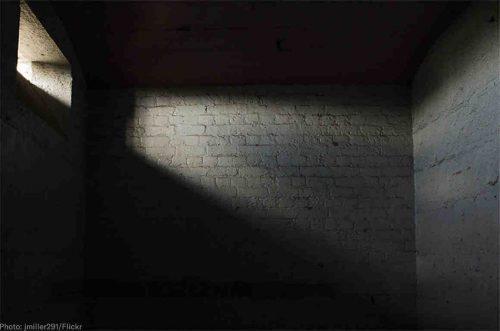 (Editor’s note: This article was written the week after Young’s July 17 execution)

Fourteen years ago, Mitesh Patel lost his father Hasmukh in a robbery-murder at the family’s store in San Antonio. The man who killed his father, Chris Young, was sentenced to death. Leading up to Young’s execution last week, Patel called for Texas officials to halt Young’s execution and replace his death sentence with one of life without parole. His calls fell on deaf ears, and the state executed Young.

Patel’s decision to push for clemency shows how the death penalty can betray what justice means to victims’ families.

Patel is in fact just a couple of years older than Young, and, reflecting on the case in the days before Young’s execution, he drew parallels between his own life and Young’s. They are both men who had lived without fathers. Young lost his father to murder when he was only 8 years old and joined a gang not long after that.

Patel realized that his father’s influence in his life growing up was a key part of his successes in life — something Young didn’t have. He also knew that the Chris Young today was not the same person who killed Patel’s father 14 years ago. He knew Young had changed, that he was remorseful, that he had supported his daughters, counseled other young people, found solace in his Christian faith, and made a difference to other prisoners on death row.

Patel’s reflections continued, and they bent away from the government responding to a killing by killing another. Patel knew his grief for his father would remain the same whether Young lived or

died. He said before the execution, “Killing Chris doesn’t change my path, my history. It only affects a whole other set of people.”

But sadly, Patel’s compassion and informed call for forgiveness for Young fell on deaf ears at the Texas Board of Pardons and Paroles and with Gov. Greg Abbott, who denied his plea for clemency. On July 17, the state of Texas executed Chris Young.

This isn’t the first time Texas has ignored the voices of victims.

Mitesh Patel’s call for forgiveness, not heard by Texas authorities, is tragically similar to those of many families of murder victims, including another Texas crime victim, Rais Bhuiyan. Mark Stroman was sentenced to death in Dallas for killing two people whom he thought were Arab-Americans after the 9/11 terror attacks. Rais Bhuiyan was the third victim, shot in the face in the attack, who miraculously survived.

Drawing on his Muslim faith — and the very identity that had made him a target of Mark Stroman’s in the first place — Bhuiyan called for forgiveness. He pushed to meet with Stroman before his execution and asked state authorities to sentence him to life. Like Patel’s, Bhuiyan’s pleas were ignored by the Board of Pardons and Paroles and then-Gov. Rick Perry.

These victims’ voices opposing vengeance must be heard in the criminal justice system. We need reforms that will ensure rehabilitation and reconciliation are valued and promoted. As Rais Bhuiyan said, “In order to live in a better and peaceful world, we need to break the cycle of hate and violence.”

Patel courageously pushed the state of Texas for compassion and forgiveness and asked that something better than Young’s execution comes of his father’s death. As Mitesh Patel knew, presciently, with Young’s execution, little if anything was gained, but another father was lost.

Let us follow in the brave footsteps of Patel and Bhuiyan in calling for the criminal justice system to do more than kill. Vengeance is not justice. That the system ignores victims who call for forgiveness and redemption shows that it is truly broken and, in doing so, spotlights yet again that it is in the name of justice that we must abolish the death penalty.

21 thoughts on “Texas Executed Despite Opposition from Victim’s Son”