Our event features the Chief Attorney in the San Francisco Public Defender’s Office, Matt Gonzalez, who also represented a number of high profile civil matters in Yolo about a decade ago, as well as Holly Cooper from the UC Davis Immigration Law Clinic.

Matt Gonzalez is the Chief Attorney with the San Francisco Public Defenders Office.  He was the lead attorney in the politically charged murder trial of immigrant, Jose Garcia Zarate, who was acquitted of murder and manslaughter charges in the fall of 2017.

Holly Cooper, has represented a number of unaccompanied minors who have been caught up in the criminal justice system including “GE” a 14 year old who was held at the Yolo County Juvenile Detention Facility, despite having no criminal record.  She was able to get him placed in a Yolo County Foster Home.

Proceeds from this event fund the Vanguard Court Watch, a program run under the Davis Vanguard, a 501c3 non-profit.  The Court Watch pushes for criminal justice reform at the local level by sending college interns into the court room to monitor and report happenings on the davisvanguard.org webpage.  Through the program, the Vanguard has exposed a number of injustices and miscarriages of the law locally.

The event will take place on Saturday, October 27, from 5 to 8 at the Davis Community Church. Starting today we have our early Sponsorship period which ends on August 31. Sponsorships start at $100 and go up to $5000.

Details are below and in the link.

To sponsor or purchase tickets, please go to: http://vanguard-immigration.eventbrite.com 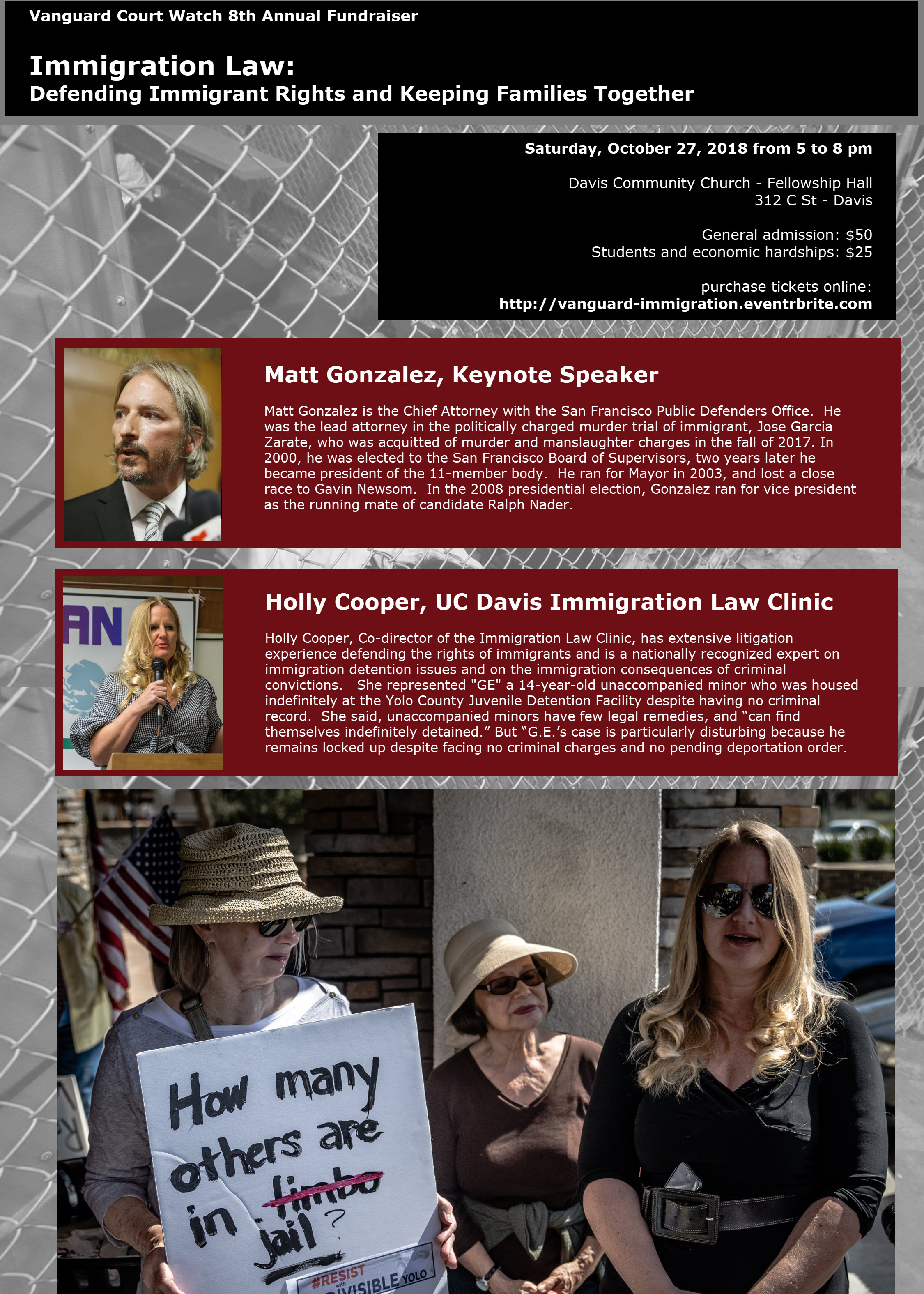 Share:
Previous : Sunday Commentary: As We Change City Planning Leadership – We Should Figure Out Economic Development
Next : Facial Recognition Technology in Our Schools