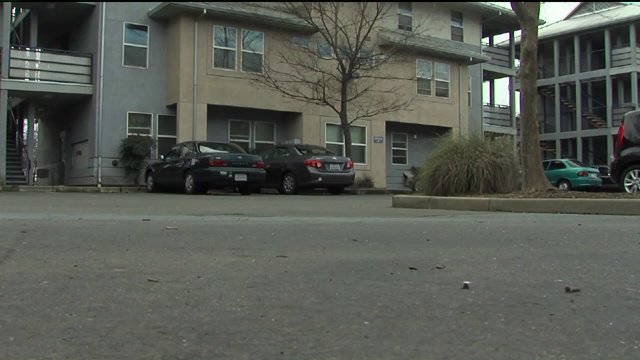 During public comment, a number of community members, mostly direct neighbors, came forward to complain about the conditions at the Pacifico housing project in south Davis.

The site was originally developed as cooperative student housing.  The city is currently in the process of transferring ownership of the Pacifico affordable housing complex to Yolo County Housing. “The site has undergone preliminary rehabilitation planning and design work to better enable the property to effectively support housing goals  related to preserving much-needed lower income units within the City,” city documents explain.

Matthew Lang, a resident of Davis representing Oakshade Commons, said, “Right now in my neighborhood we are being critically impacted by the Pacifico Co-op.  There has been a complete lack of transparency about plans that are being made to redevelop that housing facility into a mental health treatment facility.”

He called the city of Davis “a negligent landlord.”  He said, “I experience both public and private nuisance issues.”  Mr. Lang explained, “I have a loss of use of my property.  I cannot use my backyard, for instance, because there is regularly marijuana smoke blown over my fence in large quantities.  There’s constant vulgarities thrown back and forth – I cannot use my backyard.”

He complained about shopping carts being strewn around his neighborhood, arguing that this constitutes a public nuisance.

Another neighbor, Eric Johnson, a resident of Oakshade Commons, noted that while it still shown as student housing, “in its current use it is not student housing… This is an asset that is owned by

the city,  in my opinion that means that the city residents deserve to have it used in its highest and best use.

“Currently there are many issues that are disruptive to our family neighbor styles,” he said.

He described looking at the property on his bike and being verbally accosted by a man sitting on a park bench with several 40-ounce bottles of beer.  “I moved on,” he said.  “But that’s what we’re dealing with every day.”

Britt Ferguson asked the council to “look seriously at what (is) the best use of the space.”  He said that the residents were not aware that the city had owned the property and turned it over to the housing authority.

He said, “It’s sad that we learned that now…  This is a classic case of how public decisions should not be made.”

He noted that in the case of cannabis dispensaries there was a long public process that examined impacts and weighed risks.  “None of that was done in our case,” he said.  “We were not notified.  There was no outreach to the community.  It has a really significant impact on us and our families.”

Tracey DeWit also lives in the neighborhood.  “I have completely lost trust in the Yolo County Housing people,” she said.  “Because of their lack of transparency and the things that my family have endured over the years, I just don’t believe anything that they say.

She described herself as a stay-at-home mom, “At times I’m afraid to leave my house because of the arguing that (occurs)…”  She described a time when a naked woman went into her yard, “completely high on drugs,” and jumped on her trampoline.  “My kids never jumped on that trampoline again.”

She said, “Most recently, a crazed man chased my daughter’s friend down.  He couldn’t leave the house for an hour.  I have no trust in Yolo Mutual Housing.”  (Editor’s note:  The speaker incorrectly refers to Yolo County Mutual Housing which no longer exists and was never involved, this property was transferred to the Yolo County Housing Authority by the city of Davis).

Jared Shaw, another resident of Oakshade and an employee at UC Davis, said, “I have definitely seen the changes over the years.”  He noted it appears that drugs and alcohol are not allowed on the property “because there’s this line of people who sit on the bike path immediately off the property – so that everyone has to pass by them.”

He described this as “day and night” – both early in the morning when he heads in to teach and in the evening when he comes home after a long day.

He said that he is undergoing a rapid education process about the property, noting that if he goes to the Davis Wiki, he sees a charming four buildings along the bike path.  However, he suggested that the page is out of date and doesn’t reflect current uses.

Jaqueline Conklin, also a resident of Oakshade Commons, stated, “I have watched in 14 years, how things have changed.”

She spoke to the safety of the children and students, “What I have noticed as Pacifico has been taken over by the housing authority (is) that we have an increase of people who are walking with shopping carts, who don’t provide an environment of safety, they don’t only go to and from Pacifico from Safeway but they also come to the park (Walnut Park).”

Walnut Park is the home to a number of pre-schoolers and other small children in close proximity.

(Editor’s note: This article incorrectly referred to the Pacifico complex with its original name, Pacifico Student Cooperative Housing. Pacifico is not a cooperative, and we apologize for any confusion or incorrect association with local housing cooperatives.)

23 thoughts on “City Council Hears Complaints about Pacifico from Neighbors”