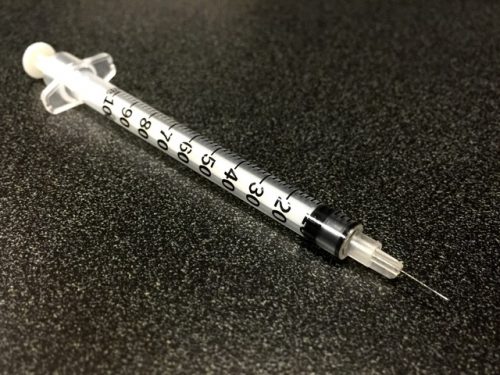 We have now seen two cases that should lead us to question how field drug testing is performed.  In one case, an innocent man was incarcerated before an insistent defense attorney led the sheriff’s department to re-conduct tests and clear the man.  In the other case, a vial testing positive for heroin was discarded by law enforcement, leading to potential questions about its content and putting the case in some doubt.

Earlier this month, we covered a story about Juan Menendez.  He was arrested and held in custody in Yolo County on suspicion of possession of methamphetamine for sale.  He made the mistake of allowing police officers to search his vehicle, not knowing that a substance which was perfectly legal – alum – would end up being mistaken for meth.

How the NIK field presumptive drug test resulted in a meth positive test should be a question that authorities have to answer.  Fortunately, Mr. Menendez benefited from an assertive wife, whose pleas to the defense attorney led to the substance being re-examined and determined not to be meth at all, but instead the legal and medicinal alum.

He was granted a rare finding of factual innocence by the court, but still had to spend over a week in custody.

“I believe that the initial test done by Deputy Schubert was flawed,” wrote John Sage, a deputy Public Defender in Yolo County in a declaration.  “I have personally asked for a retest under controlled conditions to be done at the Yolo County Sheriff’s Department. These tests were accomplished by Senior CSI Gill with the assistance of Deputy D. Leonard and the substance(s) tested NEGATIVE for methamphetamine.”

On August 15, he received an email from Deputy DA Matt De Moura, which contained an attachment from the California DOJ, proving that the substances were in fact NOT controlled substances.

Mr. Sage immediately moved to get his client released from the Yolo County Jail, where he had been for over ten days awaiting trial.

Credit to the sheriff’s department for the prompt re-testing and to the DA’s office for not contesting the matter once the substance was shown not to be drugs – but still, an innocent man was incarcerated due to a flawed field drug test.  Will questions be asked?

We are probably more concerned with the second case, the case of Dean Alan Barto. Mr. Barto was held to answer by Judge David Rosenberg for possession of meth, heroin, and being a felon in possession of a firearm.  Of those charges, the only one he might be guilty of is the meth charge.

The key testimony was they found vials of what was believed to be heroin, confirmed by the NIK test.

Agent Shad Begley, working for YONET (Yolo Narcotic Enforcement Team), testified that he found five hypodermic needles which had a dark liquid substance inside that tested through “the NIK kit

According to him, all five syringes tested positive for heroin.

But here is the thing, the YONET agent, Shad Begley, acknowledged, “We took photos and then they were disposed of in the sharps container.”

The question, if they were disposed of, is how will the testing be confirmed?

That point was not lost on Judge Rosenberg.

Judge Rosenberg, during his ruling, noted, “The only concern I have is related to the heroin.

“Arguably there’s enough evidence presented at the preliminary hearing to hold Mr. Barto to answer on all charges, but how do you prove it at trial if there’s been no confirmatory test?”

Deputy DA Rachel Raymond asked, “Is the court asking me?”

He continued, “So the People have to ponder that dilemma, and law enforcement has to ponder that issue as well.  You have evidence that you have discarded, and how do you prove that?”

Mr. Barto has a history of drug problems, but never heroin.  His attorney believes the substance probably was not heroin at all.  But given the sloppiness of the investigation and the discarding of evidence we will never know.

There are also questions about the weapon found in his room.  And indeed the entire investigation.

While not a germane point in terms of the criminal charges, this little exchange illustrates the tunnel vision that the investigator worked under.  Among the items found in the room was a mirror with the word or initials, “dab.”

Under direct questioning from Deputy DA Raymond, Agent Begley testified that they found “dab” written on a mirror.

Mr. Begley responded: “Depends on who you ask, I guess. In my line of work, it’s typically used with people that are using illegal drugs, such as butane honey oil and marijuana.”

However, under cross-examination from Deputy Public Defender Lisa Lance, the possibility came out that these were simply the defendant’s initials as his full name is “Dean Alan Barto.”

More importantly, when investigators found a weapon in the room Mr. Barto was staying in – the basis for felony charges – they failed to note among other things that the weapon was in a closet full of women’s clothing.

Under cross-examination, Agent Begley testified that a woman stayed in the same room with Mr. Barto.  Ms. Lance asked Mr. Begley, “Whose clothes were in the closet?”

Agent Begley responded, “I don’t know whose clothes were in the closet.”

Apparently they had not fingerprinted the weapon either.  But fortunately, since they didn’t throw out that evidence, they can go back and do so if needed.

For the purposes of a preliminary hearing, the defense basically conceded there was sufficient evidence to hold Mr. Barto to answer for the charges.  However, convicting him will be another matter.

While Judge Rosenberg was clearly concerned about the discarded evidence, for the preliminary hearing, he quickly noted “that’s for another day.  The Court will hold Mr. Barto to answer.”

The question is whether YONET, operating under the auspices of the Davis Police Department, will be held to answer by anyone for conducting another flawed investigation.

2 thoughts on “Commentary: Botched Drug Cases Should Raise Some Questions”