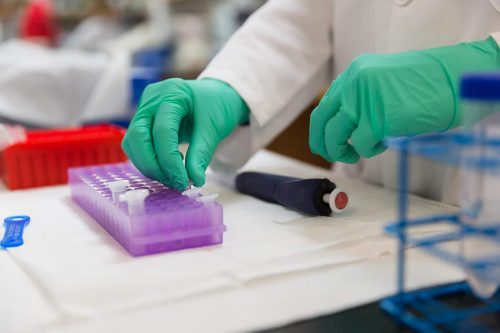 On July 20, a Yolo County man was arrested by a Yolo County Sheriff’s Deputy.  The defendant, Juan Antonio Menendez, was contacted during a welfare check and gave permission to the deputy to search his pickup.  That search uncovered two containers that contained a substance that looked like methamphetamine, and a NIK field presumptive drug test appeared to confirm this diagnosis by the deputy on the scene.

However, during the preliminary hearing, the defendant’s wife testified that the containers in question contained a substance known as alum, a sulfate of aluminum and potassium, which was mixed with tea as a treatment for her cancer.

Tests performed by examiners from the sheriff’s department and a recent test performed by the California Department of Justice confirmed that the substance discovered in this case was not a controlled substance.

Mr. Menendez’s attorney, Deputy Public Defender John Sage, told the Vanguard that the original false test was probably due to contaminated gloves worn by the deputy, depositing substances that got picked up in the NIK test.

The wife’s persistence led Mr. Sage to have the substance retested, where it was confirmed not to be meth.

“I believe that the initial test done by Deputy Schubert was flawed,” he wrote in a declaration.  “I have personally asked for a retest under controlled conditions to be done at the Yolo County

Sheriff’s Department.  These tests were accomplished by Senior CSI Gill with the assistance of Deputy D. Leonard and the substance(s) tested NEGATIVE for methamphetamine.”

On August 15, he received an email from Deputy DA Matt De Moura, which contained an attachment from the California DOJ, proving that the substances were in fact NOT controlled substances.

Mr. Sage immediately moved to get his client released from the Yolo County Jail, where he had been for over ten days awaiting trial.

Under Penal Code section 851.8, “In any case where a person has been arrested… but where no conviction has occurred, the defendant may, at any time after dismissal of the action, petition the court that dismissed the action for a finding that the defendant is factually innocent of the charges for which the arrest was made.”

The court must find, that a “showing of no reasonable cause has been made by the petitioner.”

Mr. Sage in his motion, argues, “There is no reasonable cause to believe that Mr. Menendez violated any of the charges of which he is accused.”  He adds, “In this case the California Department of Justice has confirmed that the substances contained in the two containers, found in the pickup truck, are NOT controlled substances.”

According to Mr. Sage, the DA’s office will not contest the motion.

He writes, “The defendant has met his burden under Penal Code section 851.8, subdivision (b) to show that the evidence does not provide any reasonable cause to believe Mr. Menendez committed any of the crimes for which he was arrested.  The evidence from the People’s own laboratory shows that Mr. Menendez did not possess any controlled substances.”