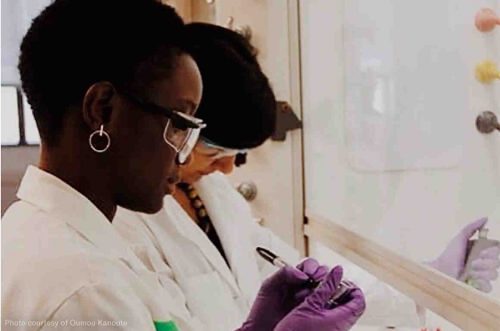 Enrolling in Smith College a year ago was a dream come true. But rarely has a dream so swiftly turned into a nightmare. As I begin my sophomore year, I’m returning to a new slate of classes and to unsettling memories that I wish I could shake.

This summer, I was racially profiled — an all-too-common experience for Black people in America. But unlike most people who are targeted for simply existing in their skin, my story of harassment went viral.

It happened on July 31, when I was working on campus for a program that encourages high school girls to pursue careers in science, technology, engineering, and math (STEM). I was proud to remain on school grounds instead of taking a full summer vacation like many of my peers. As the first person in my family to attend college, every moment at a prestigious institution like Smith was a reminder that my mother’s hard work had paid off.

The day didn’t seem different than any other. I headed into the building’s common room to set my belongings down and then went into the cafeteria to grab lunch. Eating on campus might seem like a typical student activity. But as a Black student, I received a familiar look of suspicion from a college employee who questioned my presence in the dining hall line as I began to fix myself a

I was greeted by a woman: “You’re not supposed to eat here,” she said.

I informed her of the mentorship program I work for and offered to get my card to prove it. She then allowed me to go on my way.

But the employee apparently wasn’t satisfied. As I was sitting in common room, I noticed a man pacing by the glass doors. Soon he was joined by the same woman who had approached me as I was fixing my plate. The two of them, both white, whispered to each other as I sat on the other side of the glass, wondering what was happening.

A few moments later, I looked up to see the same man who’d been pacing outside the door now approaching me, this time with a police officer. My anxiety was overwhelming. I had gone from a 20-year-old eating a meal on her own campus to the subject of a police interrogation. In my fear, I prayed and tried to remain calm — and pressed record on my cell phone.

“We’re wondering why you’re here,” said the police officer. He was on the scene, he said, because I had been described as “out of place” and demonstrating “suspicious behavior.”

A few humiliating minutes later, the questioning was over. But the pain certainly wasn’t. As I write this, I still feel overwhelmed with anxiety and sadness over what happened. I still struggle to leave my room. Walking into the dining hall to grab a meal fills me with dread.

I am one of many Americans who has been targeted by racially biased calls to the police, treated like a potential criminal for the act of “living while Black.” This everyday form of racial profiling isn’t only happening to people sitting peacefully at a Starbucks or checking out of an Airbnb. From Yale, to Colorado State University, to Smith, racism is also prevalent on the very college campuses that claim to be safe spaces. These incidents are being captured on cellphones, thanks to a younger generation that is tech-savvy — but also scared.

It wasn’t too long ago that students like me couldn’t even sleep in the dorms on a college campus like Smith. I find myself thinking about Otelia Cromwell, who in 1900 became Smith’s first Black graduate. Otelia wasn’t allowed to live on campus. Her legacy, along with incidents like mine, reminds us of the significant work still required to address the systems that tell us that we don’t belong.

Attending Smith College has helped me realize my dreams and purpose in life. It has also shown me that unity and visibility are important. First-generation students and students of color should know that they belong and deserve to thrive in a society that often tells them otherwise. I am deeply hurt by what happened, but also determined to make it doesn’t happen to anyone else.

To that end, I am using this platform to make demands of the college that I love. Among them is a call for Smith College to adopt new policies and training that address race and gender — including policies that improve how law enforcement officers navigate incidents like mine.

I also demand that Smith take more steps to address the history of Black students and the school’s legacy of institutional racism. I want a more fitting commemoration of Otelia Cromwell. I want an examination of the racism that shows up in the naming of campus buildings. I want concrete action taken to provide affinity housing for students of color.

Most of all, I want a campus where hard-working students are never told that they are “out of place.”

Oumou Kanoute is a sophomore student at Smith College

19 thoughts on “Eating Lunch while Black”