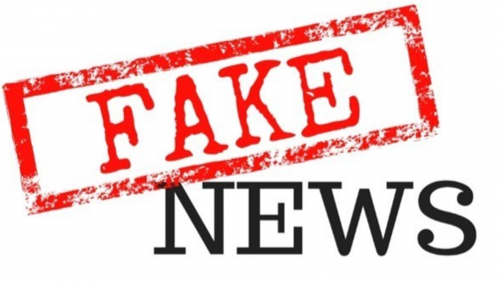 “I was nowhere near Caesar when he went down fast and hard on Senate floor. Special Roman Counsel Investigation already shows: NO COLLUSION!!!  Sad for pathetic media scribes. ”     -Trumpbrutus as channeled by Scott Simon, 44 B.C.

The current meaning of the term “Fake News” (shortened to FKNW here) is much broader than it has ever been, and has come to mean any information that you don’t want to believe, often based on just a gut feel.  Let’s take a closer look.

Language is always in flux.  FKNW, which in the past meant tabloid news like the National Enquirer, or parody/satire like The Onion, now can include everything from opinion columns to Russian trollbot propaganda.  And it’s become a part of daily vocabulary too, something you might say when Dad’s been proven wrong about the weather forecast.

As for FKNW, the new meaning is: everything that you deem fake.  Any information that you don’t like.  And if FKNW can be applied to everything, it means  …nothing.

The great injustice that Trump has done to the free press is extending FKNW to include opinion as well as fact.  CNN rarely gets the basic facts wrong, and when they do, the right-wing media is on

them like a cheap suit, parading it around.  So why is CNN singled out as the worst big offender by Trump?  Because he doesn’t like their OPINIONS; the undeniable bias that creeps into their stories (by withholding certain details, covering only certain stories, using loaded language).  Sorry CNN, you’re fairly factual but way too biased to be called truthful.  Same goes for FOX btw.

What a drag for us English-language users.  We no longer have a word to describe news that’s fake due to a lack of facts rather than due to merely poor opinions.   Excepting the over-used words “lie” and “bullshxt”, perhaps.  Lying news?  It just doesn’t roll off the tongue.  Forged news?

How to fix all this?  For one, we can stop using the words “fake news” unless we’re joking around.  The term has become so diluted in meaning that it’s almost useless.   Use “Lie” or “Bullshxt” instead.  Not as catchy as FKNWs, but they’re what we’ve got.

Maybe there oughta be a law passed…  grrr…   that requires you to add an identifying tag to every usage of the term fake news.  Like this:  FAKENEWSopinion  or FAKENEWSfactual  or FAKENEWSsatire.   Yeesh.  1984 didn’t happen in 1984, but it looks like it’s starting now.  Doubleplusungood.

What else can we say about FKNW?

Oh lawd, it’s too hard to sort it all out… So in despair, I cry “it’s ALL fake!” and stop reading.  And thereby shut down legitimate news…   cutting off my nose to spite my face.  Or, I move into an echo chamber and read only reassuring news that fits my political bias.  Everyone here has probably seen this echo chamber effect going on with themselves and/or people around them.

Trump co-opted the words FKNW to highly disruptive effect when he extended their meaning to include opinions as well as facts.  Now nearly everyone suffers news-feed fatigue trying to digest the newly-suspicious news. Trump thus polarized our political discourse, with people of all stripes retreating into easy-to-read echo chambers.

This WHATFINGER website is more-or-less of an echo chamber.  It’s a news aggregator that allows you to get everything from kitten memes to satanist Hillary stories and without ever leaving the comfort of your right-wing bed.   No doubt there are left-wing versions as well.

Another thing; if you don’t like your opponents’ opinion, all you need to do is yell, “FKNW!” for them to be forced to drop any nuanced opinions or positions and fight for basic factual turf.  In this way, FKNW often becomes an insurmountable obstacle to discourse.

And if the FKNW label that’s been applied to a particular story starts to wilt in the glare of provable facts,  there’s usually some postmodernist line of retreat from the truth available for the labelers, probably involving crisis actors or the fact that we are all just the dream of a giant frog-god or similar non-falsifiable* argument.   So once accused of FKNW, you’re usually double-dog-damned with no way to climb over the FKNW wall.  Predictable result:  political polarization.  They live in their camp; you live in yours.

Facts are observations for which there is evidence.  Truth is a perception of the facts, hopefully assembled with accurate logic.  Unfortunately, at the bottom level, even the words “truth” and “fact” are contextually dependent, and there are no indivisible atomic nuclei of meaning for those words which would encompass all possible usages of those words.   In an emergency, a slippery practitioner of FKNWs can slide down such gaps in our language to avoid being pinned down.

So how did FKNW get started?  Trump isn’t the first liar…  FKNW must have a beginning back in the mists of time.  Yes, it does, go research it yourself on Wiki.  We aint got time for that now.  The real story begins with the Nazis, who were the first to exploit FKNW in a big way.

The term Big Lie, meaning that if you tell a big fat lie over and over ppl will believe it, was coined by Hitler.  Trump has used the Big Lie tactic repeatedly, starting with the FKNW lie.  He actually succeeded in changing the meaning of the phrase in just a couple of years.  Make Germany Great Again, anyone?

Conclusion:  FKNW is a mental virus…  a fragment of bad religion…  a malicious byte of information coded to disrupt.  And at the same time, it’s almost meaningless.  A kind of dark matter swirling around our noosphere.  Gonna make it harder for us all going forward, like salmon swimming up a FKNWaterfall.   Thanks, Donald.

Facts are notes and lyrics on sheet music. Truth is what the singer gives to the listener when she’s brave enough to open up and sing from her heart.  – Unknown

Post-truth is an assertion of ideological supremacy by which its practitioners try to compel someone to believe something regardless of the evidence.   – Lee McIntyre

It’s is a fact that the sky is blue when it is blue and that roses that are red are red … it’s also a fact that colors do not exist.  – Steven Hoyt

* Falsifiability is a key concept here.  It means that your argument CAN conceivably be proven wrong if only someone can find the proper evidence.

Bruce D. Moore is a long time Davisite, on-and-off since 1960, and considers it the center of the universe.  He does occasional analog integrated circuit design work when not walking his crazy dogs around the Trader Joe’s area.  He founded the Blue Sky Party (membership: four people) which maintains a stupidly optimistic long-term view of technology’s ability to fix the world’s problems.