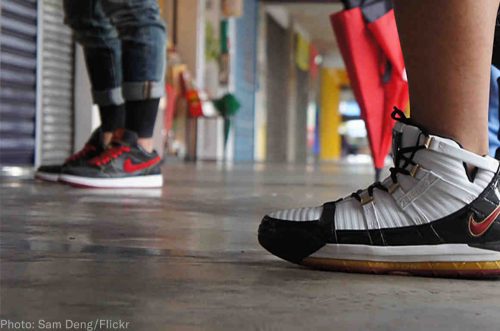 On September 5, Kenner Mayor E. “Ben” Zahn III issued a memorandum prohibiting private booster clubs operating at Kenner recreation facilities from buying or accepting delivery of any product with the company’s famous swoosh symbol. “Under no circumstances,” the memo reads, “will any Nike product or any product with the Nike logo be purchased for use or delivery at any City of Kenner Recreation Facility.” Under the new policy, the city’s director of parks and recreational must approve any athletic product or apparel before a booster club can purchase them.

On Wednesday, the ACLU and the ACLU of Louisiana sent a letter to Mayor Zahn informing him that his actions violate the First Amendment and advising him to rescind his policy immediately. We have taken this action because Zahn’s policy violates the First Amendment’s prohibition on content and viewpoint discrimination. It prevents booster clubs from purchasing Nike’s products based solely on the mayor’s opposition to Nike’s political expression.

How do we know this? Because Zahn said so himself.

After his policy caused a furor both locally and nationally, the mayor issued a follow-up statement on September 11. According to Zahn, he implemented his Nike ban because the company, “in its zeal to sell shoes, chose to promote and sell a political message.” The mayor couldn’t be any clearer. His policy is directed at the political message communicated by Nike and those who wear Nike

And no one should lose sight of what that message is. Kaepernick lost his job as a quarterback in the NFL because he has the temerity to kneel during the national anthem. Kaepernick has explained that he took a knee to protest rampant police brutality and discrimination against people of color across the United States. By doing so, he sparked the “Take-a-Knee” movement, which continues today.

Zahn argues that his policy is an attempt “only to protect taxpayer dollars from being used in a political campaign.” This argument falls flat. While Kenner booster clubs receive city funds, they also raise their money from private sources, and the city has no legitimate interest in dictating which companies, causes, or “political agendas” booster clubs may support with their own money.

There is only one plausible conclusion for the mayor’s actions: He is trying to stop booster clubs from symbolically expressing their support for political views the mayor detests. That’s a textbook First Amendment violation.

Mayor Zahn, rescind your unconstitutional policy. Just do it.

Alanah Odoms Hebert  is Executive Director of ACLU of Louisiana & Brian Hauss is Staff Attorney of the ACLU Speech, Privacy, and Technology Project