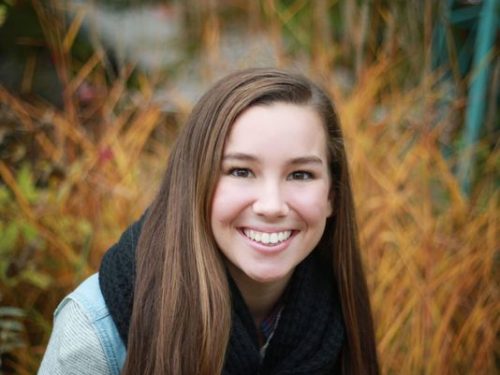 The tragic death of Mollie Tibbetts in Iowa has become another story that has been a lightening rod for the immigration debate.  But from the start, the family has made it clear that they want no part of this.

Her father, Rob Tibbetts, on Saturday wrote an op-ed in the Des Moines Register, which blasted those, including Donald Trump, Jr., who used his daughter’s death as a talking point in the immigration debate.

In the op-ed, Mr. Tibbetts indicated that many had honored their call to stop using her death “to promote various political agendas.” But, he wrote, “others have ignored our request. They have instead chosen to callously distort and corrupt Mollie’s tragic death to advance a cause she vehemently opposed.”

He writes: “I encourage the debate on immigration; there is great merit in its reasonable outcome. But do not appropriate Mollie’s soul in advancing views she believed were profoundly racist. The act grievously extends the crime that stole Mollie from our family and is, to quote Donald Trump Jr., ‘heartless’ and ‘despicable.’”

Authorities claim that Cristhian Rivera is an undocumented immigrant from Mexico.  That prompted President Trump to use the case in his push for a border wall.  A number of family and friends have spoken out against the politicization of Mollie’s death.

Mr. Tibbetts, in an interview with the Des Moines paper, told them, as he had in his op-ed, that anti-immigration was a cause that she “vehemently opposed.”

The paper reports:  “Some of the anti-immigrant views Mollie would have considered profoundly racist have been sent straight to her father’s phone. Tuesday afternoon, a week after Mollie was found,

Rob Tibbetts said he felt devastated as he listened to the message from what appeared to be a Brooklyn, Iowa, number.

“It was a pre-recorded message sent from a computerized autodialer, or robocall. In it, a white nationalist called Mollie’s family traitors to their race. Rob Tibbetts thinks he was among the first to receive the message, which claimed if Mollie could be brought back to life, she would say of immigrants, ‘Kill them all.'”

The tragic case of Mollie Tibbetts has received national attention after she was reported missing.  Last month, 24-year-old Rivera was arrested and charged with murder in connection with her death.

At her eulogy, Mr. Tibbetts said, “I said Mollie was nobody’s victim. Nor is she a pawn in others’ debate. She may not be able to speak for herself, but I can and will. Please leave us out of your debate. Allow us to grieve in privacy and with dignity. At long last, show some decency. On behalf of my family and Mollie’s memory, I’m imploring you to stop.”

He continues: “The person who is accused of taking Mollie’s life is no more a reflection of the Hispanic community as white supremacists are of all white people. To suggest otherwise is a lie. Justice in my America is blind. This person will receive a fair trial, as it should be. If convicted, he will face the consequences society has set. Beyond that, he deserves no more attention.”

Mr. Tibbetts addresses the Hispanic community: “My family stands with you and offers its heartfelt apology. That you’ve been beset by the circumstances of Mollie’s death is wrong. We treasure the contribution you bring to the American tapestry in all its color and melody. And yes, we love your food.”

He continued: “My stepdaughter, whom Mollie loved so dearly, is Latina. Her sons — Mollie’s cherished nephews and my grandchildren — are Latino. That means I am Hispanic. I am African. I am Asian. I am European. My blood runs from every corner of the Earth because I am American. As an American, I have one tenet: to respect every citizen of the world and actively engage in the ongoing pursuit to form a more perfect union.

“Given that, to knowingly foment discord among races is a disgrace to our flag. It incites fear in innocent communities and lends legitimacy to the darkest, most hate-filled corners of the American soul. It is the opposite of leadership,” Mr. Tibbetts writes. “It is the opposite of humanity. It is heartless. It is despicable. It is shameful.”

He continued: “We have the opportunity now to take heed of the lessons that Mollie, John McCain and Aretha Franklin taught — humanity, fairness and courage. For most of the summer, the search for Mollie brought this nation together like no other pursuit. There was a common national will that did transcend opinion, race, gender and geography. Let’s not lose sight of that miracle. Let’s not lose sight of Mollie.”

In addition to President Trump, Iowa Governor Kim Reynolds, a Republican, also issued a statement, “We are angry that a broken immigration system allowed a predator like this to live in our community, and we will do all we can (to) bring justice to Mollie’s killer.”

Mr. Tibbetts concludes: “Instead, let’s turn against racism in all its ugly manifestations both subtle and overt. Let’s turn toward each other with all the compassion we gave Mollie. Let’s listen, not shout. Let’s build bridges, not walls. Let’s celebrate our diversity rather than argue over our differences. I can tell you, when you’ve lost your best friend, differences are petty and meaningless.”

Join us on October 27 as attorney Matt Gonzalez speaks about a similar case out of San Francisco, involved a killing by an undocumented immigrant.  For more details, click here.

36 thoughts on “Monday Morning Thoughts: Tibbetts Family Wants No Part of This Debate”