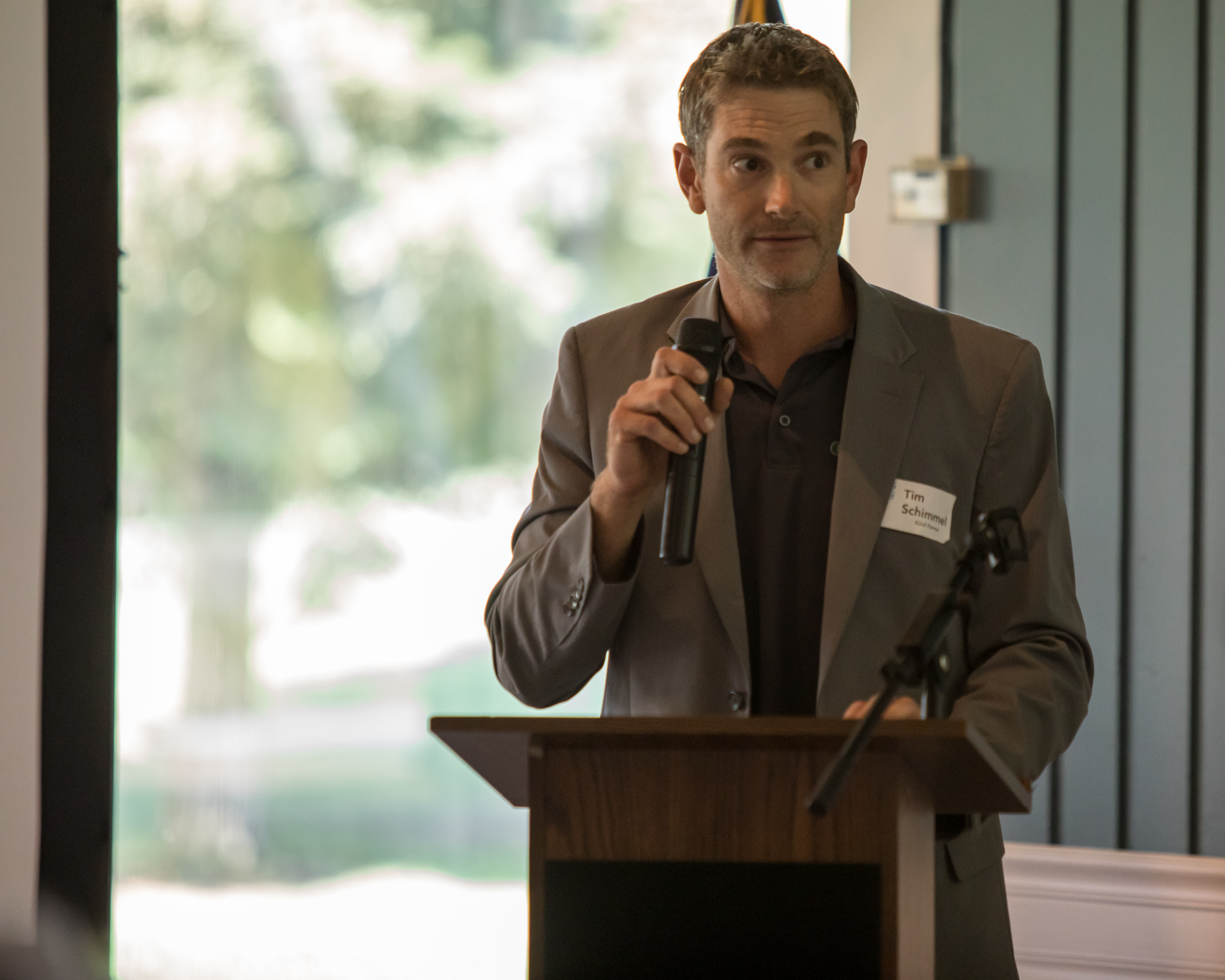 Before the council even approved cannabis dispensaries in Davis, the Davis Chamber was supportive of the new businesses, seeing them as a way to inject additional money into the Davis economy.  In introducing the topic on Wednesday at the Davis Chamber Luncheon, Chamber Board Member Michael Faust noted that when the Kana Company presented to the council, they believed that they would inject $450,000 annually into the Davis economy, just by themselves.

“The Good People’s Farm pointed out that they expected there would be a four times multiplier effect, so basically for every dollar spent on the new dispensary, there would be an additional three

dollars spent in the city of Davis,” he explained.  “For that reason the Davis Chamber – as well as other reasons – supported the ordinance that passed.”

As we learned on Wednesday, the first of the dispensaries, F Street Dispensary, is likely to open later this month with some others planning for an October opening.

Davis, he said, “should be proud, you’ve taken a stand, you’re telling the community that you’re progressive.” 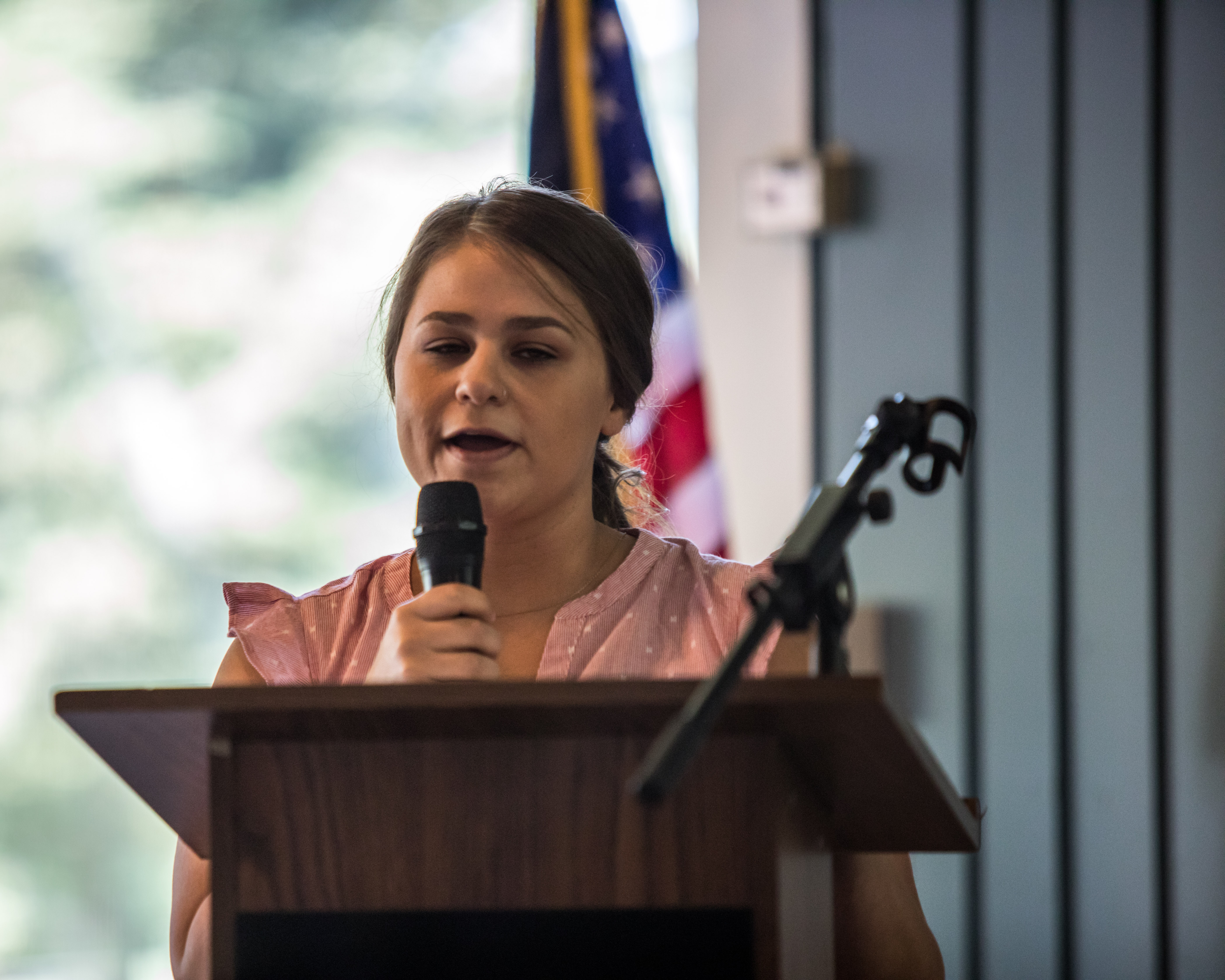 Ashley Kammerer from the Davis Cannabis Collective, located on Second Street, noted that, since January 1, “cannabis and cannabis-related products have been transitioning into a fully regulated market.”  Cannabis, she said, “must pass through fully regulated bodies that are governed by municipalities and the state.” 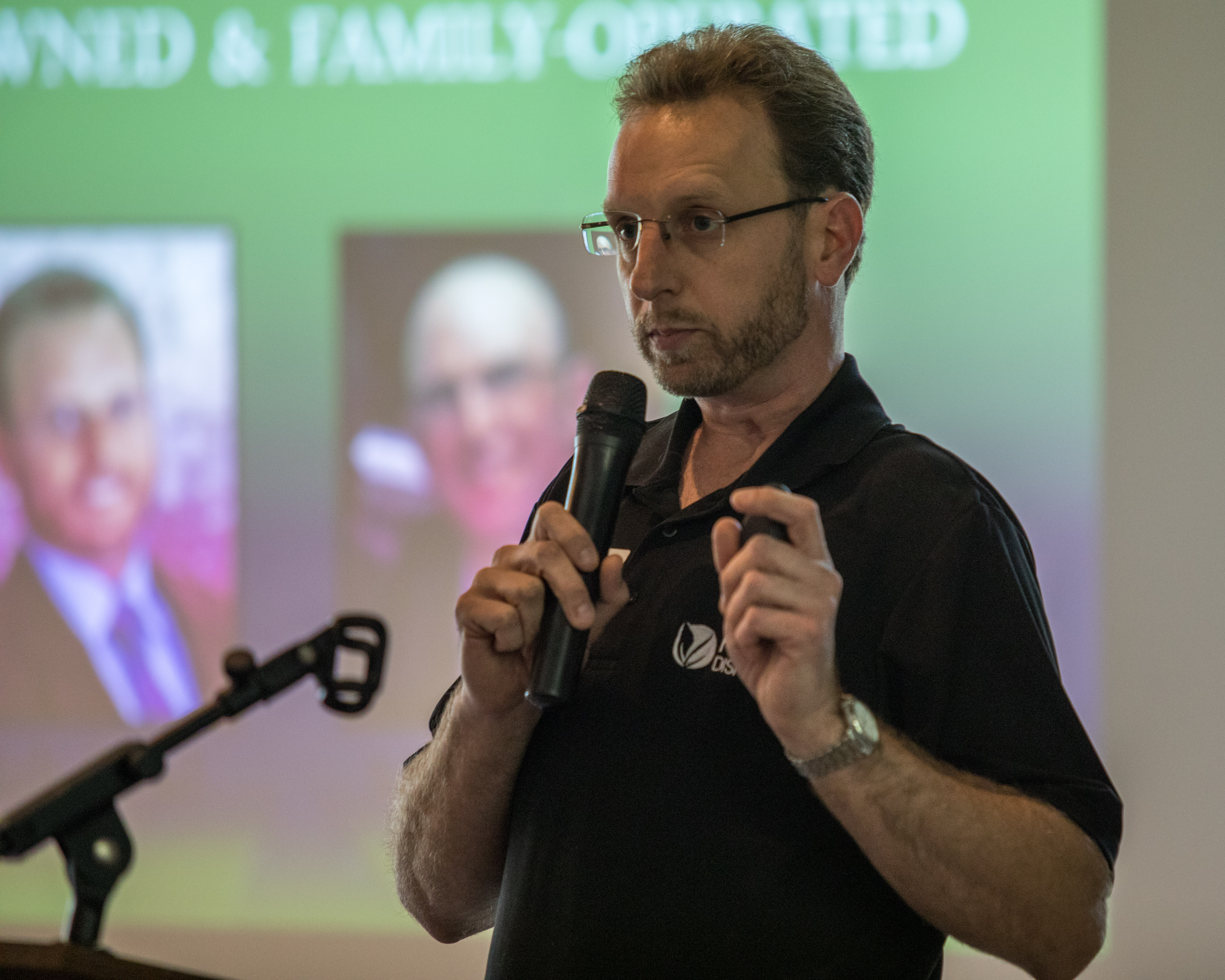 Rob Read from F Street Dispensary said that they “are Yolo County’s first licensed dispensary.”  They will be opening later this month, as indicated above.

He explained that his brother and he are local Davis residents who were raised in and are ingrained in the community.  “We see this new venture of F Street Dispensary as a way for us to extend our family giving back to this community,” he said.  “Our goal is to provide a higher end experience, for people shopping downtown, than they are used to.”

He also explained that they are different from the other dispensaries.  “Our business model differs because we are not vertically integrated.  We don’t produce products in the supply chain that we then sell.  We go out and find the best products in the market place and we’re going to bring them into our store.  We are going to bring products that you just don’t see… at other dispensaries.

“We are going to push the envelope on what products are available,” he added. 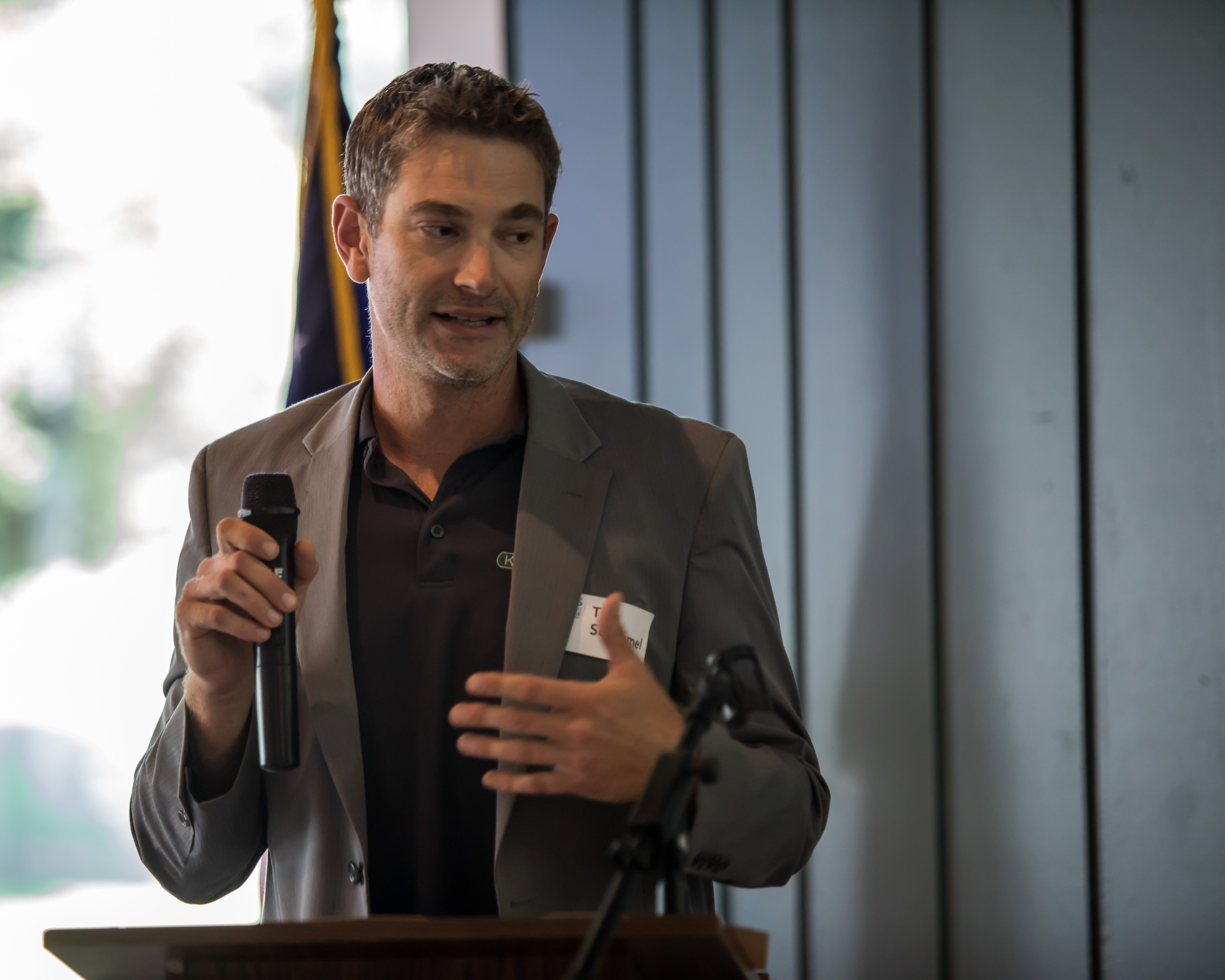 Tim Schimmel from Kind Farma on Olive Drive explained why he got into this industry in 2015.  He explained that his fiancé is epileptic.  She never used cannabis except for one time in high school, when she hated it.  But she was “seeing a lot of mixed results with the pharmaceuticals that she was being using…  We just weren’t really satisfied with what we were getting.”

They saw a Dr. Sanjay Gupta special and decided they didn’t have anything to lose.  She got a card, tried out some products and “there was a lot of trial and error.”  “We found some stuff that worked, but the next time we bought the same bottle of it, it didn’t work as well.  Had it tested, it was supposed to be a 100 mm bottle, turned out to be only 35 mm.  That’s why we became advocates,” he explained.

He also introduced his General Manager, Dino Takos.  Their concept, he explained, was “farm to farma,” meaning they would take the product straight from their farm and package it and sell it at the dispensary.  “Hopefully we will open our doors in October,” he said.

He explained, “We have a great responsibility to the industry and the city of Davis to conduct ourselves in the right way.  To us, conducting ourselves in the right way is following a very simple principle, patient over profit.  If we follow that agenda, we’ll all be very profitable, prosperous and most importantly, we’ll all feel very good about what we’re doing in the community.” 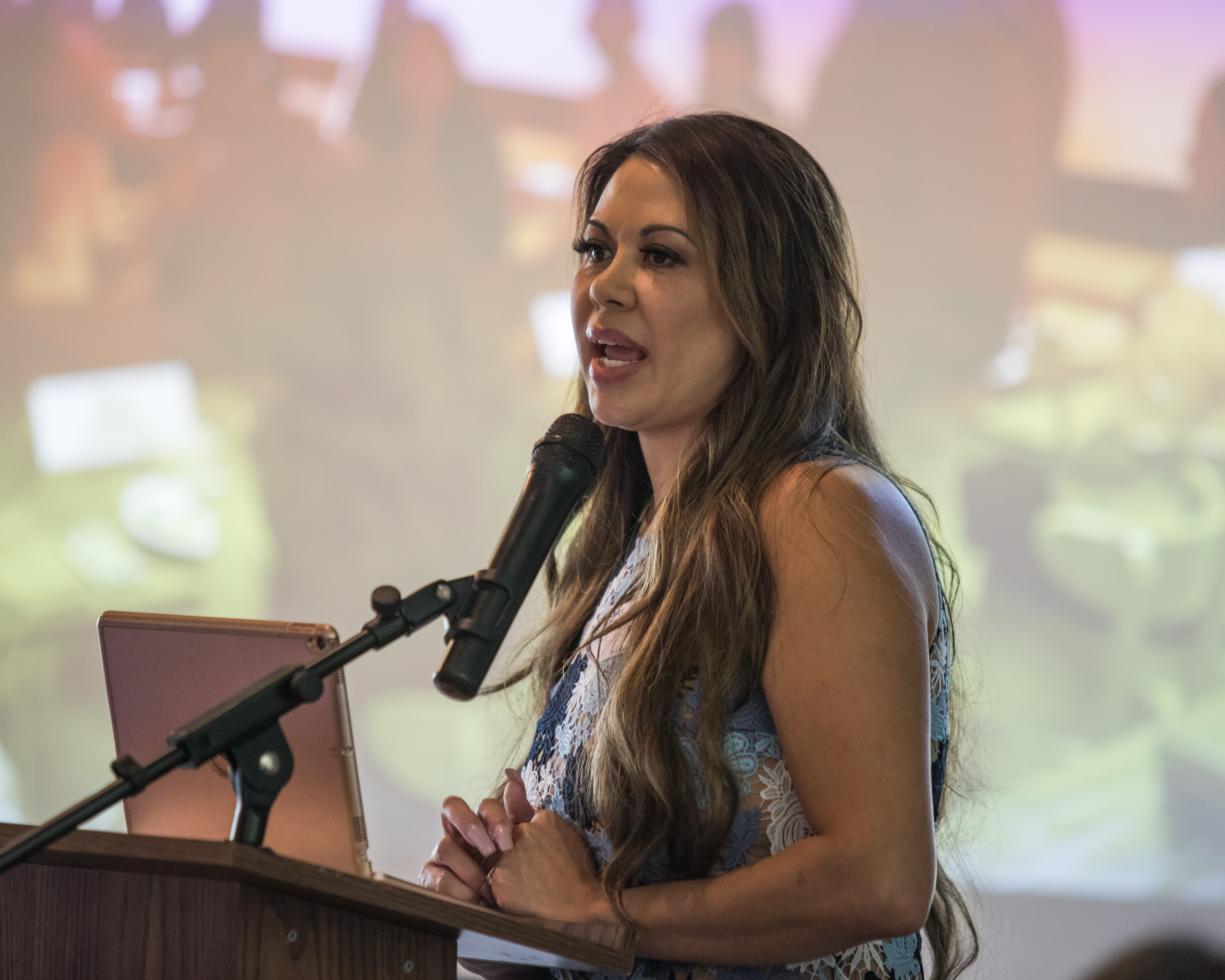 Gemma Concepcion from the Kana Company on Second Street paid homage to the Davis community and noted that one thing they are most proud of is their high standards and professionalism.

“You can count on our staff being friendly, knowledgeable, experienced and compliant,” she said.  “The positive morale and comradery are fueled by the confidence of stable, full time employment with benefits and wages that support families.

“it has always been who we are, to help those who cannot help themselves,” she said.  “So joining in an industry that is focused on improving quality of life seems so natural.”

The cannabis industry is coming to Davis perhaps as soon as late this month.