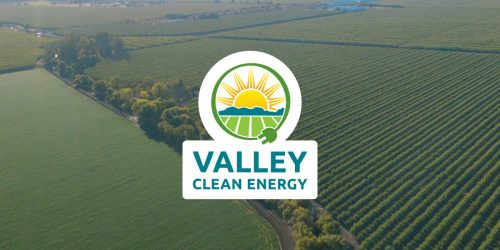 I continue to find the narrative by columnist Bob Dunning to be ironic.  He writes, “I continue to get so many complaints about the way we were all signed up for Valley Clean Energy without our permission that I feel like an unpaid Customer Service Agent for VCE.”

His online column today, entitled, “They don’t trust us to make the right choice,” I also find ironic.  I have three pretty basic responses to his column.

Mr. Dunning wrote a column a few weeks ago and Valley Clean Energy wrote a response.  Mr. Dunning disparagingly refers to the individual tasked with that duty as an “Energy Czar.”

Mr. Dunning notes, “The Czar then goes on to explain all the ways that Valley Clean Energy attempted to get the word out on the transfer of power — literally — from PG&E to VCE…”

The VCE official goes through all the efforts the VCE went to get out the word to the public – apparently in vain – to which Mr. Dunning responds: “Which is all well and good but for the fact I wasn’t complaining about the lack of notice, just the lack of choice.”

Instead, Mr. Dunning writes that “it’s the mandatory part of this thing that’s so troubling. When it comes to our city’s switch to Valley Clean Energy, we had no say in the deal. No, you are now signed up for VCE whether you like it or not.”

The first problem here is that Mr. Dunning clearly doesn’t see the nexus between informing the public and choice.  This is important.  In fact, this gets to the heart of the beef I have with Bob Dunning’s entire narrative on this subject.

Clearly Mr. Dunning is angling at the desire to see some sort of vote of the people.  This is what happened in 2006 when we had the option of going to SMUD (Sacramento Municipal Utility District).  What happened was that there were two

To defeat the move to SMUD, PG&E spent over $10 million on a disinformation campaign.

We in Davis voted to leave PG&E over a decade ago.  We were forced by state law to stick with them.  Most of us never had a reasonable choice on which to go with for our electricity.  We only had the choice between PG&E and going without power.

So this whole idea that we had no choice and we had no say in the Valley Clean Energy deal is questionable at its core premise.  Since when did we have a choice on our power company?  Answer: since never.

But that gets me to the second problem I have – we actually did have choice and a great deal of say in the Valley Clean Energy switch.  This is in contrast to Bob Dunning’s assertion.

Why?  This relates to the long public process of making the switch and the efforts by VCE, and before that the city of Davis, to inform people of the switch.

In 2016, the Davis City Council, the duly elected body of the people of Davis, voted 5-0 to create a joint powers authority and create Valley Clean Energy.  Apparently some folks in this town believe that only direct democracy matters.  That we don’t have in fact a representational democracy in this community.

Bottom line, if Bob Dunning, whose newspaper covered this extensively, had raised questions in 2016 rather than now, and the public had spoken out at that time, we would have had this discussion in 2016 and we would have a vast array of choices that are not available now, including the possibility of a public vote.

The reason that this didn’t happen is that no one said a word about this until Bob Dunning wrote a column a few months ago.

The lack of choice, therefore – such as it was, is a reflection of the lack of public engagement on this issue.  And for that Mr. Dunning and dozens of other community members only have themselves to blame, because this did not happen overnight.  There was a series of meetings, there was a vote of our representatives, and they went ahead because no one – literally no one – objected.

That gets me to the final point: “They don’t trust us to make the right choice.”

First of all, I don’t think that’s true.  I think the council assumed, when they didn’t get negative feedback after extensive attempts at public outreach, that this simply was not controversial.  That was my assumption as well.

However, while I disagree that the council does not trust the community to make the right choice, what does the fact that the community was completely disengaged on this issue say about them?  If people are not paying attention to public process despite ads in the paper, direct mailers, public meetings and emails, maybe the council should not trust the people to make the right choice on something that is very complicated and not all that straightforward.

The bottom line for me here is that the no-choice narrative is a false one for three reasons.  First, we have never really had a choice on PG&E, and yet that for some weird reason seems more acceptable to Bob Dunning than an energy program run by our duly elected representatives.

Second, we did have a choice now because the council answers to us and they are our representatives.  And third, we had numerous opportunities to speak up and we ignored this until well past the point of no return.

8 thoughts on “Sunday Commentary: We Had Far More Choice with VCE Than We Ever Had with PG&E”