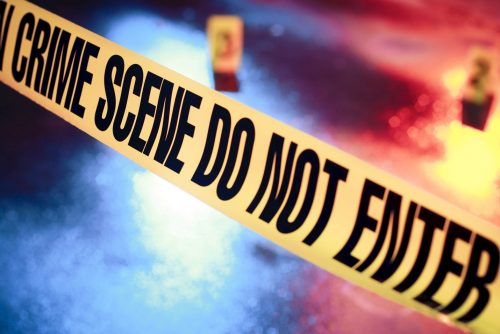 This week Neko Wilson became the first person released from prison under reforms to the felony murder rule law.  As reported by Fresno TV, the new state law compelled the prosecution to drop the murder charges against Mr. Wilson who had already served nine years in prison.

He then pleaded guilty to burglary charges, where the maximum sentence was nine years in custody.  He was then released on time served.

Mr. Wilson’s was an interested case.  He helped plan armed robberies where two people were killed.  But he was not in the house at the time of the killing.

Instead, he waited outside and claimed to have had second thoughts, he left the scene without knowing what had taken place.  But under the previous law, he was charged with murder and in fact, faced the death penalty.  Instead he got life in prison and now with the new law, a chance to start a new life.

Under California’s long-standing felony murder rule, a person who participated in any portion of certain felonies that result in a death could be charged with first-degree murder. In practice this meant that even if someone was unaware that a killing would or did take place, they could still have faced a first-degree murder charge and received a sentence that was equally as severe as the one handed down to the person who actually committed murder.

SB 1437 restricts the most serious murder charges to those who actually commit a murder, play a major role in a murder or act with reckless indifference to human life. SB 1437 also establishes a

process for those who were sentenced under the previous felony murder statute to petition the court for a resentencing hearing.

SB 1437 aligns California with states such as Arkansas, Kentucky, Hawaii, Massachusetts, and Michigan that have narrowed the scope of the felony murder rule and limited the application of their murder statutes.

“California’s murder statute irrationally treated people who did not commit murder the same as those who did. SB 1437 makes clear there is a distinction, reserving the harshest punishment to those who directly participate in the death,” said Senator Skinner.

The case of Neko Wilson is the exact type of case SB 1437 is trying to rectify.  Mr. Wilson clearly played a part in the crime, but he was not involved in the actual murder.

Under the previous law, the felony murder statue applied “even when a death was accidental, unintentional or unforeseen but occurred during the course of certain crimes.”

As the Orange County Register, in an op-ed noted: “To be sure, it is important that individuals involved in committing crimes which result in someone’s death are held accountable for their actions. But that can be done without the felony-murder rule as it currently stands.”

The new law creates a distinction “between individuals who participated in an underlying crime like burglary and robbery, but did not know a murder was to take place and did not participate in the murder, and individuals who chose to take someone’s life in the commission of other crimes or aided in the process.”

Further, the new law does not apply to anyone who “was a major participant in the underlying felony and acted with reckless indifference to human life.”

The editorial notes, “the felony-murder rule has long been denounced by the California Supreme Court as a “barbaric” and “highly artificial” rule which “not only ‘erodes the relation between criminal liability and moral culpability’ but also is usually unnecessary for conviction.””

The paper points out research by law professor Anup Malani assessing the impact of the felony-murder rule on crime trends in the United States found that “it does not substantially affect either the overall felony or felony murder rate.”