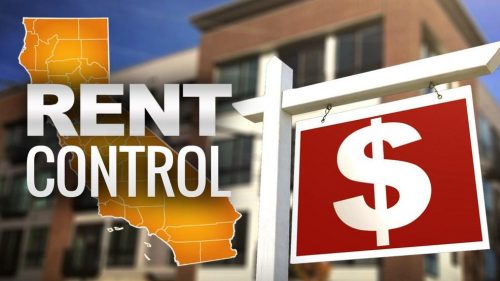 Sky-rocketing rents, unaffordable housing, and lack of available housing are not just a Davis issue, they are a statewide issue.  On the ballot for November, about a month away, is Proposition 10, a ballot initiative that would return the question of rent control to local communities.

Davis has a renters’ market that is mostly impacted by an increase in demand, mainly through enrollment growth at UC Davis and the inability to provide new housing in the short-term – originally by growth control measures and now by litigation.

While there are local factors worsening the rental market in Davis, this is not simply a local problem.  The Berkeley Haas Institute for a Fair and Inclusive Society recently analyzed census data and found that 54 percent of Californians spend at least 30 percent of their income on rent and more than a quarter spend over half their income on rent.

Another survey, as reported in a recent LA Times article, found, “High housing costs have left millions of Californians poor. Nearly 1 in 5 California residents lives in poverty when housing and other costs of living are considered, helping give the state the distinction of having the nation’s highest poverty rate.”

Will it work?  Depends on whom you ask.  Supporters believe that the measure could bring relief for renters during this time when rents are increasing beyond the capacity of the average person to

Opponents counter that by capping rents and interfering with laws of supply and demand, they will shut off the engine of affordability – housing construction, which will limit supply of housing, further increasing costs.

Economists, even liberal economists – across the board – question whether rent control helps with housing affordability.  The problem: “Economists generally believe that when government limits the price landlords can charge for housing, there will be fewer houses produced, which in turn drives up prices.”

“When you have a price ceiling, it induces a shortage,” said Christopher Palmer, an MIT economist and coauthor of a study on rent control in Cambridge, Mass. “The common wisdom is that rent control reduces the quantity and quality of available housing.”

But Prop. 10 might do more than enable rent control.

At its core, Prop. 10 would repeal the Costa-Hawkins Rental Housing Act and a Bee editorial in support of the measure argues that Prop. 10 “isn’t really about rent control.”  Rather it is about local control, “which is why we recommend Californians vote ‘yes.’”

They write: “If approved, Proposition 10 would upend more than two decades of public policy, under which cities and counties have been banned from enacting or expanding ordinances to restrict rents on housing first occupied after Feb. 1, 1995, and on any single-family homes. More than a dozen California cities, including Berkeley, Los Angeles, Oakland and San Francisco, already have some version of rent control on the books.”

They argue that this would free city councils and boards of supervisors “to regulate rental prices on any type of housing within their boundaries, as well as limit how much a landlord can charge when a new tenant moves in.”

The Bee’s point: “Proposition 10 doesn’t automatically enact or strengthen rent control ordinances. Cities and counties must do that themselves — or can choose to do nothing at all.”

Thus, the Bee argues, voters need to see Prop. 10 “through a nuanced rather than a polarized lens.”

They argue: “City councils and boards of supervisors clearly understand the needs of their constituents best, and with solutions only starting to trickle out of the state Legislature, they deserve the freedom to experiment — responsibly — with creative ways to help vulnerable tenants and energize the housing market. They also deserve the chance to come up with the right plan before having to deal with local ballot measures imposing rent control.”

I have been skeptical of rent control for a number of reasons, including questions about whether it would work in a place like Davis, where the turnover for rent is constant.

The Bee recognizes such challenges as well: “There is some reason to believe these plans may not work. A new study from UC Berkeley economist Kenneth Rosen says as much. Rent control — particularly when it’s not paired with any incentives for developers — is no panacea.

“It can have a chilling effect on new construction, potentially making the state’s already pronounced housing shortage even worse. It can encourage tenants to stay in rental units rather than moving, further shrinking the housing supply. It also can put mom and pop landlords in a financial bind, gutting the long-term value of their rental properties and discouraging them from making investments in renovations.”

Recognizing that point, however, they note that their view on Prop. 10 is not driven “by a blind belief in traditional rent control.”  They note: “To the contrary, we have historically opposed such strict limits. Therefore, if the ballot measure passes, we urge cities and counties to start small and be cautious if they do take up local measures to protect tenants.”

Instead they argue: “What’s most important is that these conversations about short-term strategies are happening at all. While increasing the supply of housing is the long-term solution, that will take years that California doesn’t have.”

And they have a point here as well.  In recent years, we have shifted our position on growth in Davis, for the most part out of concern for the impact of lack of rental housing on UC Davis students and other renters.  However, recent events show even local dedication by the city council and the university may not be enough.

Litigation is currently preventing the immediate development of between 3000 and 3600 beds in the city, and now it may delay the building of 5200 beds on campus.  That’s a lot of capacity being held up, not by local governance, but rather litigation.

Is there a rent control ordinance that would work in Davis?  I don’t know.  But the Bee makes a good point that, by voting for Prop. 10, we are not saying we need rent control in Davis, we are saying that the local city council rather than the state legislature should make that call.

85 thoughts on “Commentary: If We Can’t Build, Blocked By Litigation – Is Rent Control the Answer?”