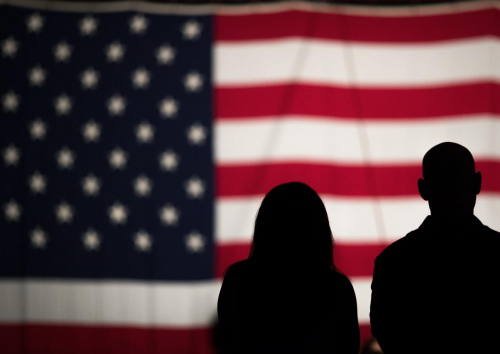 A few weeks ago there was a troubling incident at UC Davis with flyers that were apparently circulated by white supremacists.  However, an anonymous poster on the Vanguard, rather than heeding the warning that the message might be sending, rather than being concerned that hate and rhetoric were taking over, decided to make a partisan comment.

“I hope they have cameras or a witness so UCD can find out who actually posted these flyers,” a reader said from behind a wall of anonymity provided by the Vanguard.  Later he clarified his point: “Or maybe some leftist activist hanging posters to stir things up?”

Sound familiar?  This played itself out on the national scene last week.  Critics of President Trump were sent explosive devices.

FBI Director Christopher Wray said Friday that more than a dozen improvised explosive devices sent to individuals nationwide were “not hoax devices.” He said each device was made of roughly 6 inches of PVC pipe, wiring, a small clock, battery and “energetic material that could be explosive.”

As the New York Times wrote: “For a country already on edge — consumed with overheated partisan rancor and divided over matters as basic as what separates fact and fiction — the attempted attacks marked an unsettling turn less than two weeks before a crucial midterm election.”

But for many this was a time to score partisan points.

For most of the week, the right was accusing the left of Fake News: “Many prominent conservative commentators — among them some of the president’s most ardent defenders — quickly pointed the finger at the left, accusing unnamed liberal agitators of sending the packages in a ploy to make Republicans look radical right before the midterms.”

So what we learned is that the perpetrator was a fervent supporter of President Trump who went on racist, anti-gay tirades.  His family said that he had no outspoken partisan views at all, but that “Mr. Trump’s angry rhetoric and his appeals to the ‘forgotten man and woman’ during the 2016 campaign seemed to strike a deep chord with Mr. Sayoc.”

At this point, he registered a Republican and “posted photographs of himself wearing a ‘Make America Great Again Hat’ at one of Mr. Trump’s rallies.”

In a way we lucked out with the bombs, that no one got hurt.  But that luck ran out in Pittsburgh.

Forty-six-year-old Robert Bowers stormed into the Tree of Life Congregation Synagogue in the affluent Squirrel Hill neighborhood, shouting hate for Jews and killing worshipers in a 20-minute attack.  He

had posted anti-Semitic rants on social media, including Gab, a fringe website favored by white nationalists.

According to one account, Mr. Bowers didn’t vote for Trump because the president was too soft on those of Jewish faith.

It doesn’t take much of a stretch to tie this altogether.

The White House was particularly defensive this week in the wake of the Pittsburgh shooting.

“The president is not responsible for these acts,” Press Secretary Sarah Sanders said on Monday.  “I think it’s irresponsible to blame the president and members of his administration for those heinous acts.”

But Jonah Goldberg in an LA Times op-ed had a different view.  He said the “yes he did” “no he didn’t” debate isn’t helping, and, “It will only make things worse, as each side grows increasingly deaf to its own heated rhetoric and ever more furious at the other’s.”

This is a point I agree with wholeheartedly.  The rhetoric in this country is overheated.  We are way too divided.  And hate and anger are being given a voice.  That is true on both sides.

HOWEVER, where I think Mr. Trump is to blame is the next point that Mr. Goldberg makes.  “Here’s a better question: Is Trump helping? The answer, obviously, is no.”

He writes: “Let us stipulate that the pro-Israel father of Ivanka Trump, who converted to Judaism when she married Jared Kushner, is not literally Hitler.

“But let’s also stipulate that there’s something about Trump and his MAGA nationalism that’s been, and remains, very attractive to bigots. This doesn’t mean that everyone who jumped aboard the Trump train is a bigot. Far from it. But it is simply true that some who did are bigots, and that Trump and his team have been unconcerned about this fact.”

And this is what we saw in Charlottesville as well.  Mr. Trump didn’t speak out, then he didn’t speak out strongly enough.  Then it was too late to make a meaningful point.

Mr. Goldberg continues: “Trump is even more ignorant about how to be presidential. He’s the first president who doesn’t even know how to pretend to be a unifying figure, at least for longer than it takes to read a statement off a teleprompter.

“Instead, he’s enraptured by the rapture of his base, feeding them red meat, dog whistles and wedge issues — anything to keep the attention on him.”

The bottom line for Mr. Goldberg, who actually gives Mr. Trump a good deal of benefit: “I don’t think Trump deliberately encouraged this slaughter in Pittsburgh. But every day he fuels a sense of chaos, a feeling that none of the norms or rules need apply anymore. And that is bad enough. It certainly isn’t helping.”

So now I’m going to say what should have been said two weeks ago with the Davis incident – the implication that this was a hoax without evidence is dangerous.  We have now just followed the chain nationally down the rabbit hole.  Each time the perpetrators were no hoax – they were legit.

Mr. Sayoc was a legit actor acting in hate and anger, and nearly was able to pull off a catastrophe for this nation.  Mr. Bowers succeeded where Mr. Sayoc failed.  This nation is on the brink of something horrific.  It is time to pull back.

Locally, we must act responsibly.

The good news is that nothing really bad happened in Davis.  Although, after Pittsburgh, I think the Jewish community will react much stronger the next time this happens.  Maybe people like some of our posters should not be so cavalier next time, either.

Me too.  I was talking with my parents before this stuff happened, ironically, and they were talking about some of the security they had at their synagogue on high holidays.  I kept thinking, why would you need that?  Then this incident happened.

There was an interesting op-ed in the Boston Globe:

“This massacre is a stark reminder of the need for every synagogue to employ security measures to keep their congregants safe,” it said. “With anti-Semitic incidents in the United States on the rise and an uptick in religion-based hate crimes, it is critical that steps be taken to harden our synagogues.”

Columnist Jeff Jacoby writes: “In the America I grew up in, synagogues didn’t have to be hardened. The shuls I attended were open to all and largely unconcerned with security.

And that, my friend, is why it was completely inappropriate to even insinuate that the flyer handed out at UC Davis was a hoax or self-planted.  This world is too dangerous for that.  It is time to recognize this is a different world.  And not for the better.

153 thoughts on “Commentary: This Stuff Is Really Dangerous, Stop Enabling It”