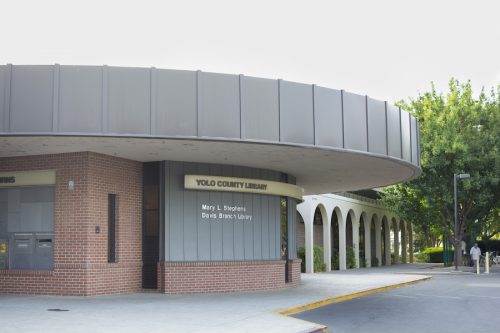 According to Lt. Paul Doroshov of the Davis Police Department, Mr. Legal was arrested on robbery charges following a confrontation.  He approached two minors and demanded to borrow one of their cell phones.

His aggressive manner frightened the boy, who handed over the phone.  However, when he asked for the phone back, Mr. Legal refused to return it until the boy’s father intervened.

According to Lt. Doroshov, the father then called police.  He told the Vanguard that Mr. Legal was cooperative but arrested on robbery charges and held on $100,000 bail, but expected to be released on Tuesday evening after prosecutors decided not to file charges.

“This was a very scary situation for these two young boys. However, the facts do not meet the charging threshold of the robbery crime for which Mr. Legal was arrested, so no charges were filed,”

Chief Deputy District Attorney Jonathan Raven said, according to a report in the Enterprise.

Mr. Doroshov told the Vanguard that weapons were not used during the incident, but Mr. Legal did have a pocket knife in his pocket.

Mr. Legal filed on August 15 to run for a seat on the Davis School Board, but has declined to talk with the media about his candidacy.