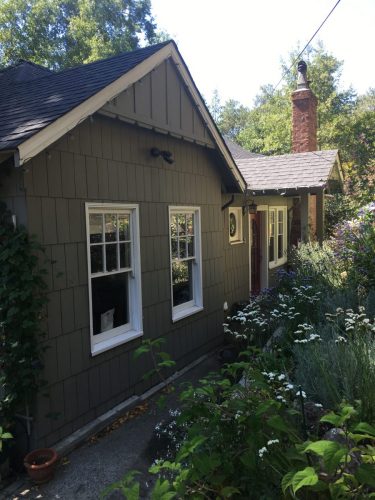 Proposition 10 on the November 2018 ballot may hinge on the vote of homeowners in the state of California, where renters are a minority.

Polling on this issue is missing but looking at the ballot measures in California cities which recently sought to strengthen rent controls may be useful.

The list includes the percentage owner population of each municipality which proposed to expand rent controls, and the outcome, in the last election cycle:

A clear correlation arises between majority owner population and the failure of stronger controls proposed. Note that in Burlingame, the population outlier, many tenants voted against the measure or failed to show up in sufficient numbers at the polls.

Proposition 10, like the above, seeks to strengthen rent controls by nullifying the provisions of the Costa-Hawkins Rental Housing Act, removing the exemptions of rent controls on single family homes and condominiums.

It goes much farther than any of the proposals discussed in the chart above by making owners direct targets of Proposition 10.

With rent control, the present residents of any community can vote themselves handsome benefits, while the adverse effects are pushed onto outsiders and future residents.

What are these adverse effects?

1. According to the Legislative Analyst’s Office, the taxes derived from rentals is a major source of revenue for the state of California.
It states that the passage of Proposition 10 would diminish this source. Eventually homeowners will have to pay higher taxes to make up the shortfall which could result in tens or hundreds of millions of dollars of lost tax revenue according to the report.

Not only would owners face higher taxes, but would lose the rent control exemptions which, in the case of some cities such as Berkeley, an owner trying to regain occupancy would have to pay relocation fees of about fifteen thousand dollars and a costly legal bill while the tenants involved get free legal aid. These cases normally drag on months.

2. Properties under rent control are worth less, and for a single family homeowner who toiled hard for a down payment this would be intolerable. Not only would the house be under rent control but the owner would receive less at the time of sale if tenant occupied.

3. Proposition 10 does away with vacancy controls, virtually freezing rents and forcing owners to rent an apartment for the same amount paid by the departing tenant. Under this scenario, owners will prefer to rent to long term tenants. Living near a job or educational institution will not be an option adding to congestion in large metropolitan areas.
Students will be one of the demographics most affected.

4. As time passes, the budget of rental property owners will decrease with expenses such as taxes, insurance, repairs and maintenance increasing. They will spend less on maintenance and it will show in the form of uncollected trash, peeling paint, yards full of weeds, etc. Since many rent control boards do not allow improvement costs to be passed to tenants, these communities in time will appear shabby and unkempt.

California homeowners will see Proposition 10 as not only an assault on their property rights but a threat to the equity of their biggest investment. In a sense, statewide exemption from rent control can be seen as an entitlement, like Social Security, Medicare or Prop 13. These are nearly impossible to rescind and Proposition 10 will most likely fail.

13 thoughts on “Guest Commentary: Proposition 10 May Hinge on the Vote of Homeowners”