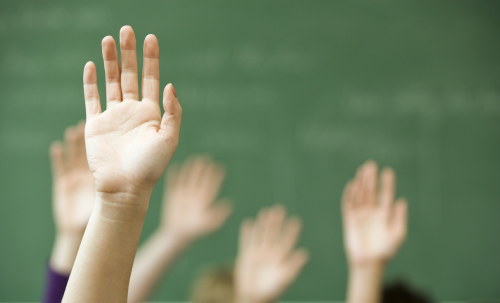 On Thursday, opponents of Measure L had a piece that the Vanguard published.  Their argument is that West Davis Active Adult Community (WDAAC) does not meet real housing needs for Davis.  It is an argument we are somewhat sympathetic to, overall.  The real question is whether Measure L can actually provide housing for existing senior residents who would downsize into smaller homes, freeing up existing housing for younger families.

However, the argument goes somewhat awry, talking about school funding.

Here is the key paragraph: “Clearly, because of the age-restrictions imposed on buyers, this project will do little to directly increase the housing stock for young families. And because of this dearth of kids in town, our schools are so starved for young students that we need to import over 650 students per day just to keep school doors from shuttering and moth-balling our existing neighborhood schools. And we pay dearly for schooling those imported students with the highest school-related parcel taxes in the region. We clearly need more young families with children in town to fill our schools and maintain our vibrancy in Davis yet few families can afford to come to Davis because of sky-rocketing home purchase and rental prices.”

Next they note that the lack of housing for families means that the district imports a sizable student population which helps offset the overall slow decline in local student enrollment.

That’s a more complicated picture than just an ADA (average daily attendance) prop, of course.  A number of people who work at UC Davis take their kids with them and attend the quality DJUSD schools.  For the most part, that is a win-win.  The district gets ADA money for those students while the students get a DJUSD education.

Where we have the most problem is this line: “And we pay dearly for schooling those imported students with the highest school-related parcel taxes in the region.”

Whether you believe importing students from outside of the district is a good practice or a bad practice, it is not the cause of the parcel tax.

The district then makes up that shortfall largely through the parcel tax.  The parcel tax currently closes the funding gap from 87 percent up to 98 percent.  It accounts for 11 cents on the dollar.

Why does the district get so much less than other districts?  Its own affluence means that it receives a good deal less money from the state.  This has nothing to do with interdistrict transfers.

In addition, the district has prioritized high quality programs, which require additional money to implement.  So, while the average district uses the additional LCFF money to support disadvantaged kids, DJUSD uses its parcel tax to fund programs it otherwise would not – programs like the seven period day, foreign languages, music and art, among others.

So why do we have a high parcel tax?  First, the overall cutback in educational money to the district from the state has been augmented by local revenue.  Second, the district has chosen to maintain its high quality of programs.  And third, it is disadvantaged by the LCFF.

They close the paragraph: “We clearly need more young families with children in town to fill our schools and maintain our vibrancy in Davis yet few families can afford to come to Davis because of sky-rocketing home purchase and rental prices.”

We agree, but this is also a tricky endeavor.  The first irony is that one reason why property values are so high is that Davis is in high demand and part of that is due to the quality of the schools.  The other factor here, some will argue, is that growth control policies have made new single families homes more scarce and have helped to maintain the high costs.

In our view, one remedy for that situation is to provide affordable housing for 80 to 120 percent of median income families.  But, of course, in order to do that, it would require market rate housing developed on the periphery, most likely, in order to finance that type of housing.  That is the kind of housing many have opposed in recent years, and the voters have voted down previously.

Bottom line, interdistrict transfers are not the reason our parcel tax is so high, and, while the dearth of kids in town is a real concern, coming up with solutions to that dearth will result in some tradeoffs for this community.