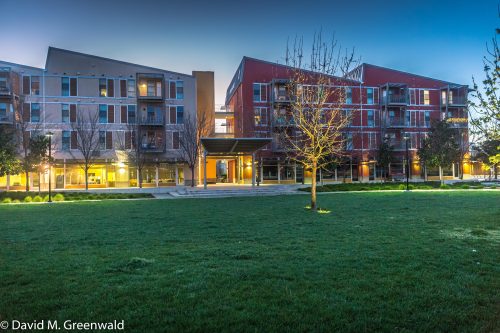 There have been developments that have looked like progress this year on student housing issues.  Now in 2018, Sterling Apartments broke ground in the last few weeks, putting it on track for a projected September 2020 opening, which would make it the first market rate student housing to open in roughly 17 years.

The city council approved additional student housing in 2018 at Lincoln40, Nishi and Davis Live apartments.  The voters for the first time in June ratified a Measure R vote, when they overwhelmingly approved Nishi.

The university, through its Long Range Development Plan (LRDP) process, agreed to increase student housing on campus from the current 28 percent of students with on-campus housing to 48 percent by 2030.  That is an increase of 9050 beds on campus.

The university and city cleared the way – it seemed at the time – for that housing to be built when they agreed to an MOU whereby 5200 beds would have to be built by 2023 or the university faced clear consequences.  That not only avoided a prolonged confrontation between the two neighbors, but seemed to clear the way for a known time table that was enforceable.

Finally, the university released its findings from the Affordable Housing Task Force and agreed to take several clear steps to address the housing crisis.

As Don Gibson, a representative of the Graduate Student Association, said last week, “With the release of the new MOU on housing and this report UC Davis is taking a strong step in the right

direction to begin to solve the housing crisis.”

He noted, “I am most pleased that the ASUCD-GSA Housing Survey is to be taken up by UC Davis and continued annually to further provide accountability for the community.

“Notably, with potential updates to the city of Davis renters rights ordinance, coordination between UC Davis and the recommended creation of an ombudsperson goes hand-in-hand of the critical need of much stronger renter protections and enforcement as a way to address the worst landlords in Davis,” he said.

Despite this seeming progress, student leaders are growing frustrated.  While they have a receptive and supportive audience right now, in both the city leadership and it seems the university administration, there are barriers to progress.

Litigation has forestalled the development at both Nishi and Lincoln40.  Right there, that’s 3000 of the approved units.  If the Sacramento-based firm of Soluri Meserve files against Davis Live as well, that will mean only Sterling Apartments could go forward in the foreseeable future.

A more stunning blow is the litigation filed against the LRDP by AFSCME (American Federation of State, County and Municipal Employees).  That CEQA litigation seems aimed at putting leverage on UC to stop their practice of outsourcing jobs, but has the byproduct of making students more vulnerable in the short-term as well.

ASUCD put out a statement noting, “As leaders of ASUCD, one of our main priorities is eliminating student homelessness and student housing insecurities. We believe that construction of more housing is the primary way of ensuring this, and we believe that by building close to and on campus, we can reduce our environmental footprint by lessening our dependence on cars.”

The students pushed back against the LRDP litigation.

Here there is a feeling by students that they have stood next to AFSCME and played a critical role in helping them over the years.  They state: “We the students have marched with you during your strikes, lobbied to increase your wages and benefits, even at the expense of our own tuition, and paid in time and money to go to your conferences to learn more about labor organizing. We state this to reiterate the commitment students have made to you time and time again.”

Students, they write, “are facing the worst housing crisis in Davis’ history.”  They note: “Davis’s vacancy rate of 0.2% will likely further shrink. It is appalling and disheartening that (at) a dire time like this, one of ASUCD’s coalition partners would take an active stance against more housing for students, and we urge AFSCME to drop this lawsuit and support the students that have supported them.”

The litigation is a clear source of concern.  The city of Davis and the university did the hard part – they approved up to 13,000 beds of new housing.  But, while the housing crisis is now, the building of that housing was not going to come overnight, even under the best of circumstances.

The best case scenario was going to be that by the fall of 2020 – that’s two years from this quarter – there might be some housing opening, both in the city and on campus.  That is now delayed – indefinitely.

The immediate impact of the litigation is that between 3000-3500 beds in the city and 5200 beds at the university are now on hold.  Will that delay them opening for another year or two?  Does that mean students are going to have to struggle for the next three or four years as a result?

The UC Davis Housing Affordability and Insecurity Survey found some shocking numbers.  They found that nearly seven percent of UC Davis students surveyed were homeless for a period of time – that number projects to 2500 students.  About two percent spent time living in their cars or other places not intended as housing – that number projects to about 640 students.  And almost 18 percent experienced some other form of housing insecurity, “such as making only partial rent or utility payments, doubling up in rooms without a lease, moving in with others because of financial problems, or moving more than twice during the year.”

As a university release states: “The bottom line for students is deeply troubling: Far too often, housing costs and unsettled or even abusive housing circumstances undermine students’ educational experiences while they attend UC Davis. These burdens exacerbate related problems with food insecurity and mental health, often following students into adulthood in the form of debt.”

“So we again urge all parties to understand the real and acute consequences we the students would feel in any delay, and the relief to student homelessness and skyrocketing rental prices in the city that this project will provide.”

Share:
Tags:ASUCDLitigationLRDPStudent Housing
Previous : How Our Local Legislators Fared on Police and Criminal Justice Reform Issues
Next : San Francisco Is a Hotbed of Illegal Race-Based Policing

66 thoughts on “My View: Students Growing Frustrated over Housing Holdups”