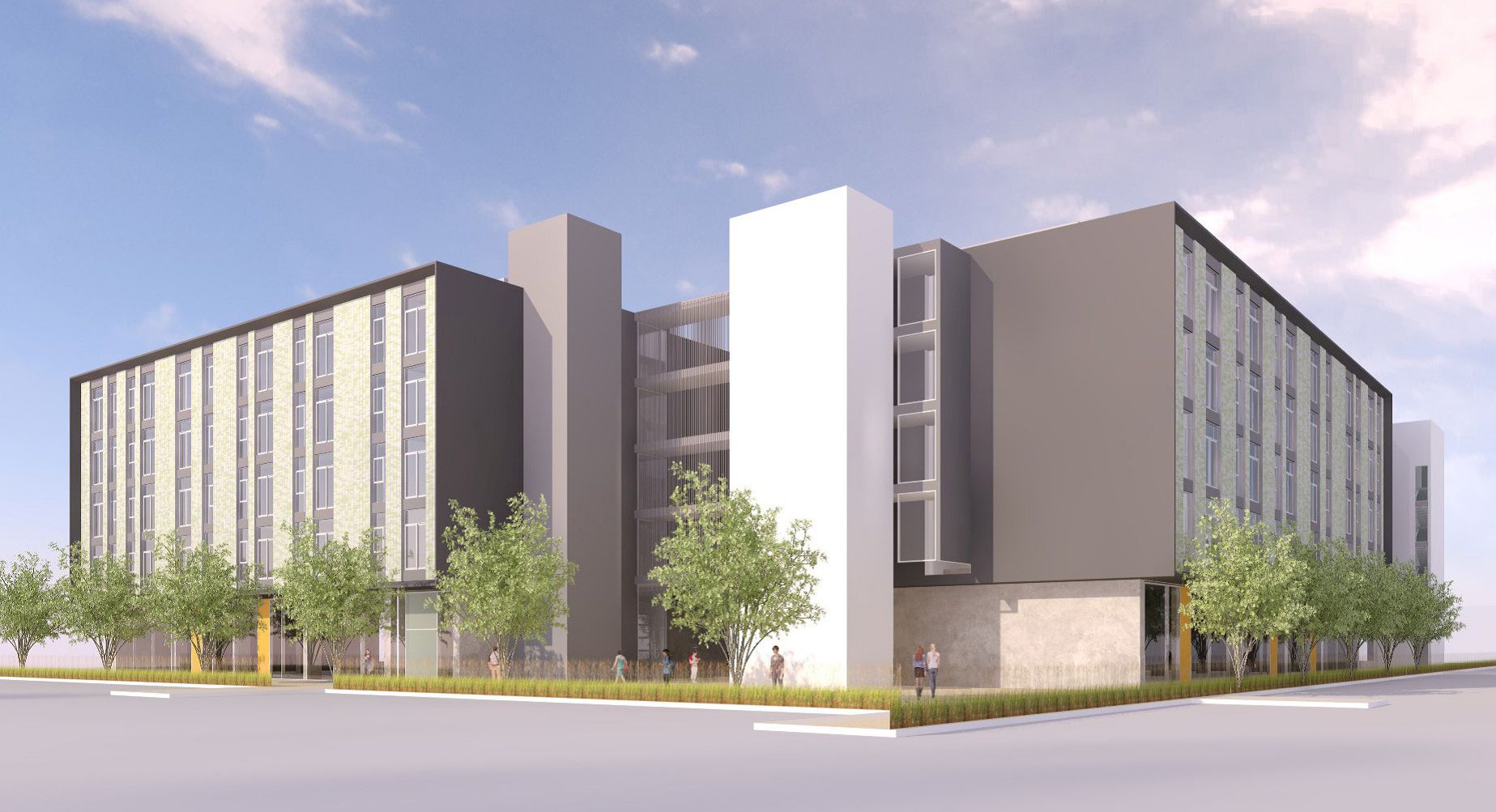 The buildings will be five stories high with the first story as the tech space.  The tech space can be used for a variety of things from startups to a café to serve the residential project and the business park.

The park currently consists of 17 buildings of which 16 are currently single-story with 31,000 feet of commercial space.  There are 25 commercial tenants/ occupants at the park.

The proposal is on an open parcel along Research Park Drive across the street from the Holiday Inn.  In addition to the apartments, the site will contain 214 parking spaces and 216 bike parking spaces – 148 long-term spaces within the buildings and 68 short-term spaces scattered throughout the site.  There will also be 40,000 square feet of open space within the project.

Dave Nystrom, the project manager, told the Vanguard “one of the challenges (businesses in the park) face is hiring people because it’s so difficult to find housing in Davis.  People I think have an expectation that if they’re going to work in Davis, they’re going to live in Dixon or Woodland or West Sacramento because the housing market is just so tight.”

This residential project is aimed at addressing some of those needs.

Jim Gray, who represents Fulcrum’s commercial interests, said, “We believe there’s an opportunity to enhance the park, serve those tenants, and continue to grow the commercial activities there as

Mr. Nystrom added, “The goal of this is to have something integrated, so that people can stay as much as possible on site rather than getting in their cars and going other places throughout the community.” 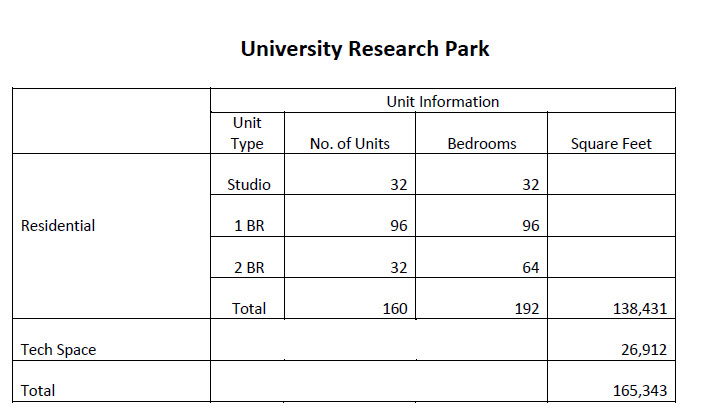 “This is not student housing, it’s worker housing,” Mr. Nystrom stated.  “They’re very different animals.  We feel like it’s workers in our business park  that need the housing.  We’re not targeting students at all in this project.”

But Jim Gray added, “We’re not going to discriminate.”  The project will be open to anyone who wishes to live there.  “But our primary focus is on providing housing for people who work in Davis.  Rental housing.”

He explained they are going to achieve workforce housing “by building a great project, that’s well-designed with a good amenity mix.  Priced at a place where people see it as a good choice for them.  We’re going to be responsive to what we perceive as a real market need.”

Given the rental market right now, one possibility is that, even though the units are smaller and designed for employees rather than students, students could live there.  That prospect did not bother the applicant team.

He added, “We’re going to let the market respond.  I know that that’s a little different in Davis, but it’s been tried and true throughout the region as well as in the community in the past.  We believe that because of the location, and the effort we’re going to make, that we’re going to have a good mix of residents… our targeted market is workforce.

Jim Gray said, “The limited supply (of housing) is known to all of us and there’s not one solution for the community.”

The plan right now is to have about 7000 feet of tech space in four different buildings.  Jim Gray explained that they have a wide range of different industries in the park right now and as a result, “We believe we have our hands on the pulse of commercial demand within the community.  We think this is going to be somewhat similar, but also somewhat different.”

For example, he said, “We think there might be an opportunity for an incubator accelerator type space.”

He also noted at other mixed-use communities that we would see small commercial businesses like barbershops, Yoga Studios, fitness and other businesses that would serve this type of clientele.

He said, “Our job is responding to the marketplace and the demand for commercial space in an attractive building.”

Councillmember Dan Carson told the Vanguard that it was too early in the process for him to take a position prior to being vetted by the public and various commissions, however, “the concept of providing workforce housing mixed with incubator space is an idea that makes sense to explore both in our downtown and in the South Davis area. We need to take a balanced approach that addresses the various types of housing our community needs — students, seniors, and workers and their families.”

“Locating housing adjacent to jobs/services is the smartest way to grow,” the councilmember said.  “With the new Poleline/OliveDr. Bike/ped connection coming online next year, the URP will be even more connected to the surrounding area/Downtown/UCD campus.”

He explained, “Done well, these projects can bring more compact living and a greater depth of affordability by design, along with greater access and proximity to the workplace, shopping and services.”

Examples include stacked-flat condominiums like those under construction at Cannery and the recently completed Mission Villas on B Street, as well as integrated vertical mixed use concepts such as the recently completed Del Rio live/work units, Trackside, and the proposed University Mall (retail with housing above) and University Research Park (office R&D with housing above) proposals.

Mr. Webb stated, “These project types are presenting exciting alternatives to the more traditional ‘single family home with yard’ and are appealing to a wide demographic range.  In Davis these proposals are changing the way we think about the integration of live/work environments, mobility, and presenting a broader range of price points.”

Dave Nystrom stated that right now the plan is to take the project to hearings near the end of the year or the beginning of next year.  He believes they could have something done within 18 to 24 months.