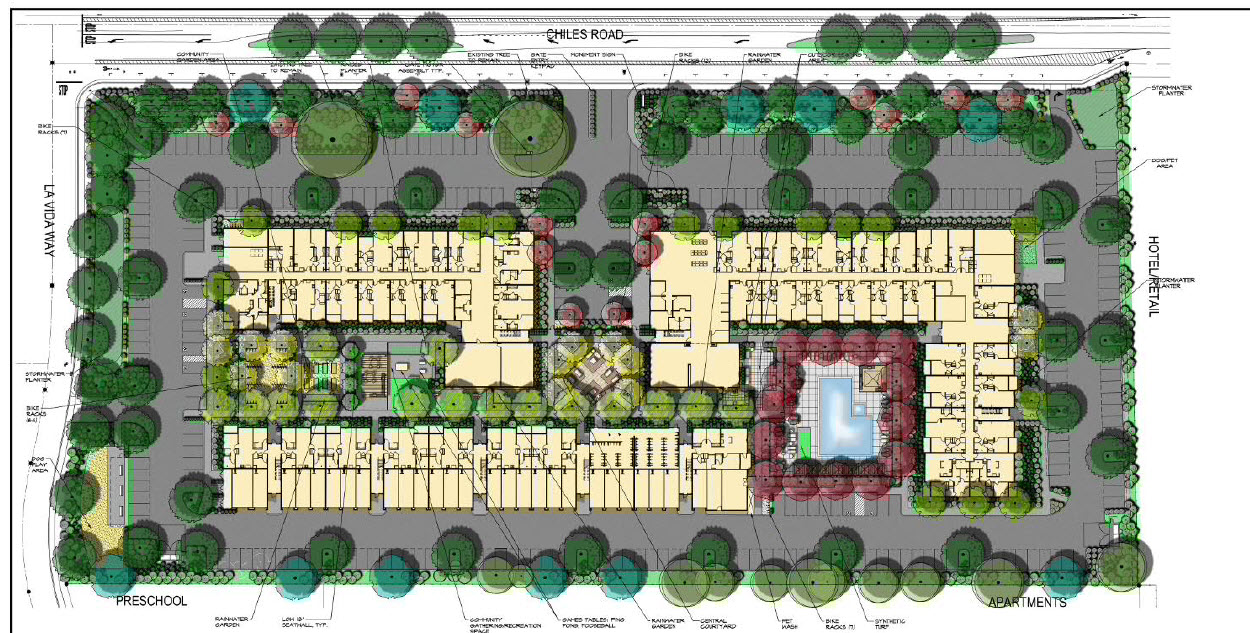 One of the challenges for Davis is that Davis has competing needs – on the one hand it has relatively limited land available for commercial development – on the other hand, a lot of that land may ultimately be unsuitable for such development AND Davis also has extensive needs for residential development.

The MRIC report in 2015, reported, “as of May 2015, there are approximately 153 net acres remaining within 32 properties…” that are zoned for commercial use.  According to city sources not much had changed since 2015.

Prior to that the Studio 30 report had analyzed available land, and recommended a “dispersed innovation model” whereby existing space would be fully utilized, but ultimately the report believe we needed to create around 200 acres of peripheral innovation space to fully leverage our assets.

Notably Studio 30 found, “The current isolated and dispersed sites that are available and appropriately zoned are not adequate in terms of size, location, or configuration (and related constraints) to address the emerging market need of an Innovation Center.”

The property at 3820 Chiles Road is being proposed for conversion to residential uses.  The building was previously purchased by an investor group including Lawrence Shepard in 1996, and then

leased to the university for 20 years.  However, in August 2014, the University announced to the ownership group that it would not extend its occupancy of 3820 Chiles Road or exercise its option to purchase the property.

Mr. Shepard in 2017, retained EPS to “conduct a high-level evaluation of the highest and best use of the Project site” and they looked into four possibilities ranging from adaptive reuse to demolition and various rebuilds.

The report notes that in 2015, “the Client, in collaboration with an international real estate brokerage firm and a commercial construction contractor, proposed a multitenant Office/ R&D project, intending to reuse the existing structure.  However, the team, ceased these efforts because the project was deemed financially infeasible.”

The report noted that adaptive reuse “poses several challenges for housing office/ R&D space” as there “may be years of vacancy before a suitable tenant is found because of the size of the tenant needed to occupy the amount of space available.”

There were efforts between the client, the City’s Economic Development Department and Greater Sacramento to develop the property as a technology sector tenant, but “there was not a single interested party.”

Problems cited included the fact that the site is “not a suitable location for several land uses under a new construction scenario.”

That is not to say that Davis overall would not fulfill such market conditions.  The report notes that Davis is “a desirable place to reside” and “supports several competitive advantages that can be leverages for continued economic vitality, including a technically skilled, predominantly knowledge-based labor force; proximity to the Bay Area with generally lower average price points; a major research university with renowned academic programs and research initiatives; and a high quality of life for residents and businesses…”

However, it also notes that two proposed innovation centers “fell short of receiving sufficient public approval” and the removal of these projects “likely will contribute to an increasingly tight market for accommodating a range of future office/R&D space needs.”

At the same time, the city has “significant pent-up demand for all types of multifamily rental housing” with “recent data (suggesting) the existing multifamily ownership and rental markets virtually have no vacancy.”

EPS further notes that the “residential market in Davis is strong” and “numerous published articles and local real estate professionals note Davis has been experiencing a multifamily housing crisis in recent years.”

But this doesn’t mean that all economic development for office and R&D uses is out of the question for Davis.

The report notes, “one reason the site is not viable for office/R&D/Flex development is that it is not located in a larger innovation or research park or district, such as the Interland Research Park (Now University Research Park) or along 2nd Street.  The City will be better able to attract new office/R&D/Flex users in available space in these existing or new innovation park/ districts.”

In a memo to the city, “Commercial real estate brokers on the team argued that R&D and office tenants prefer to co-locate with similar uses and with service providers in a “campus” environment. This resonated with UCD’s second reason for leaving the site, its isolation.”

This is why creating an innovation park, in addition to filling locations like URP or Second Street, as opposed to relying on the scattered existing commercial land is the preferred strategy.

The memo notes: “site. In addition to tying up millions of dollars in infrastructure, this exacerbates risk by making the project vulnerable to any new, larger research park approved in the interim like Mace Ranch Innovation Center.”

The memo continues: “Such space represents a commodity and its development is subject to huge economies of scale. As a result, projects like the Interland Research Park (originally about 50 acres), the original Mace Ranch Research Park across I-80 (more than 100 acres) and the proposed Mace Ranch Innovation Center (102 acres) enjoy much lower development costs than sites as small as 3820 Chiles Road (7.4 acres).”

Finally, they argue: “There is an abundant inventory of land already zoned for and better located for business park. Just in the immediate vicinity of the site, south of I-80 adjacent to the freeway between the Mace Blvd. and Richards Blvd. exits there are more than 20 acres of vacant office/R&D land. This land alone, when considered next to the vacant standing inventory of office space, represents more than a decade’s absorption in the Davis market.”

The developer here actually spent several years attempting to market the property as tech space.  The memo notes: “An informal arrangement was agreed upon under which the City of Davis economic development team and Greater Sacramento CEO Barry Broome would draw the property to the attention of a specific internationally known tech giant and other firms expressing interest in the region.”

Those efforts ultimately proved unsuccessful for a variety of factors listed above.  It is also again worth noting that Davis has both economic development as well as residential development needs.  Indeed as Fulcrum invests in densification of the URP, their first endeavor will be to add workforce housing as that is considered a huge barrier to companies moving to Davis.

One such developer told us that companies want to move to Davis due to the brand name and the proximity to the university, but they worry that their employees will not have a place to live.  The proposed project at 3820 Chiles Road therefore addresses some of that middle income workforce housing that is sorely lacking in the community.

Share:
Tags:Economic DevelopmentMultifamily HousingR&D SpaceRedevelopment
Previous : Key Evidence Destroyed in Marijuana Raid Case, But Judge Denies Motion to Dismiss
Next : On #GivingTuesday Give the Vanguard the Gift of Subscription

9 thoughts on “Analysis: Consultant Recommends Moving Away From Commercial at 3820 Chiles”