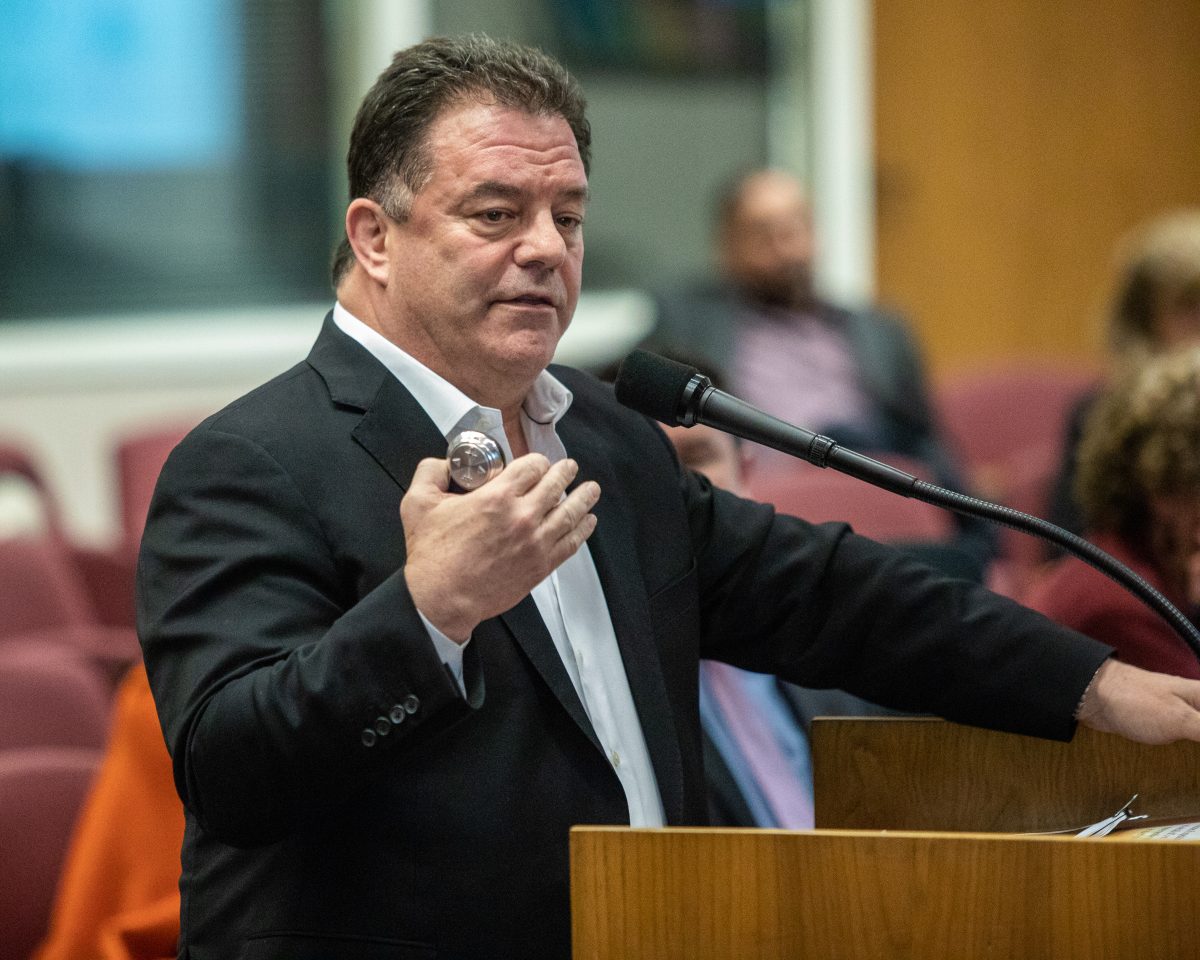 Barry Broome, the CEO from Greater Sacramento came to Davis City Council on Tuesday night and delivered a presentation on the possibilities that Davis possesses for economic development and becoming a leader in high tech development in the region.

A key point he made is that Sacramento has an overreliance on Government jobs which both provides stability but also limits the growth potential of the region.

“When you lay out Davis to a venture capitalist, you get a much different reaction than if you were to say Sacramento,” Mr. Broome explained.  “Sacramento is viewed as a government town in Silicon Valley, but Davis and UC Davis is viewed as an untapped resource.”

“I like to refer to Davis as the front door to the Silicon Valley for the region,” he said.  Davis, he explained, helps to pull other communities along in the minds of Silicon Valley investors.

The Davis workforce is regional.

“29 percent of Davis residents work in Davis,” he explained.  While we have pointed to the high number of people commuting in and out of Davis, as it turns out, that number is the highest in the region.

He noted only 17 percent of Roseville resident work in Roseville.  Even with that number, Davis is still getting 71 percent of our jobs in other communities – pointing to the interdependence and inconnectivity of the region.

“When communities get parochial over jobs and investment,” he said.  “It’s really an inertia.  It throws sand in the wheels when in fact, they’re all sharing the same success story.”

“It’s really important to have that cooperation, because no one community can host its economy,” he said.

Economic development, he explained, “if you do it right, it’s a profitable proposition.”

2050 is a key year.  By 2050, the world’s population is expected to be 9.1 billion.  Food production, therefore needs to increase by 70 percent between 2005 and 2050 to keep up.  He said, changes in temperature and precipitation threaten agricultural productivity and the capacity to feed the world’s population.

Davis has the ability to help solve the world’s food security, farming and climate change problems.

Mr. Broome noted that UC Davis has been planning a research park since 1994.  There are 174 universities that have research parks and UC Davis is still not one of them.

“It’s a bit of a frustration that we haven’t been able to figure out how to take this research park forward between the city and between the university,” he said.  He noted that even though Woodland is doing their own park, “they’re not going to really capture innovation – that’s eight miles away.”

“Innovation has to be within 200 yards,” he said.  “If you look at these successful research parks… the exchange between industry, commercial technology and important solutions like how do we feed the world in 2050, that is a point blank range relationship between the industries that are trying to solve the problems, the faculty that are developing contemporary research and the students that are being trained to go into the industry and solve that problem.”

He explained that you need to have a triangle between the industry, the students, and the researchers building the technology models.

“If you don’t set the stage for them to interface closely together, it basically thwarts innovation and it hurts the ability to achieve this,” he said.  “UC Davis has the opportunity to be among the most impactful universities on climate change, farming, food security.”

Davis is a community that doesn’t want to be impacted by growth and development.  Barry Brown said that we need to do, “is empower ideas that match the values of the residents of Davis.”

He suggested that we look toward proven models of success and points to the University of Wisconsin Madison as a key comparison point.

He noted that both UC Davis and Wisconsin have Ag, Engineering, Vet and Med on the same campuses, they are the only two west of the Mississippi with all four.  The faculty is resistant to this comparison because academically and scholarly, UC Davis has a much higher standing.

But Mr. Broome suggested that we look at economic impact instead.

“I think we need to think more about capturing Berkeley, they’re 60 minutes away, there’s Berkeley graduates all over this community,” he said.

Barry Broome noted that “the number one goal of a UC Davis graduate is to stay in this community.  That used to be like ten percent nine years ago.  That’s now in the high 40s.  If you ask a UC Davis graduate where you want, they say, I want to be here.”

Research Triangle Park is famous across the world from an asset standpoint.  “If we capture Berkeley, not even in our league.”  The numbers show $296 million in R&D investment compared to $134 million for UC Davis- Berkeley.  $12.9 billion combined endowment compared to $5.45 billion.

The question is how do you take Davis 2050.  He noted, “There’s a lot of talk about Aggie Square.”  He sees Aggie Square more about biomedical research and novel therapies.

“This is the community that’s going to host the technology and ideas that are going to help us with climate change, food and agriculture, new energy policies and things like that,” Mr. Broome said calling them “very complementary developments.”

Later in responding to a question about the importance of Davis hosting an innovation center.  He said, “You can always manage economic prosperity if you do it right.”

Barry Broome explained, “I would love to see the city of Davis have a global reputation as a city and a community.  We have a great reputation inside California, but I would like to see that resonate nationally.”

“In my opinion these companies will succeed more successfully in their mission if they have better infrastructure in the city of Davis.” He said, “I don’t think they can do that by hopscotching into Woodland.”

He explained that the first step out the door, the 500,000 to 1 million square feet, “you have to create this experience within a stone’s throw of the university research labs.”