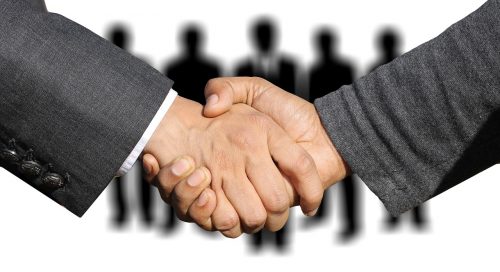 (From Press Release) – The Davis City Council approved a four-year labor agreement with the Davis City Employees Association (DCEA), bringing to conclusion nearly a decade of operating without a negotiated contract. The approved memorandum of understanding balances market adjustments necessary to recruit and retain qualified employees with cost sharing and structural changes to retiree medical benefits intended to help the City control rising costs. The agreement brings DCEA in line with the agreements negotiated with other non-public safety employee groups.

The new agreement provides salary increases to DCEA employees whose salaries were determined to be below the market for comparable jobs, based on a market study completed a year ago. With the implementation of the contract, all DCEA employees will be within 5.26% below the median. It also implements a cost-sharing program for the duration of the contract, where employees may pay up to an additional 1% of their salary each year, for the last two years of the agreement, if actual PERS retirement costs increase beyond current City projections. If instead PERS costs are lower than current projections, employees may receive up to 1% additional salary.

“We have worked to change the conversation from one of salary only to one of total compensation,” explained Mayor Brett Lee. “This agreement acknowledges total compensation and includes a cost City Approves Contract with DCEAsharing component based on CalPERS retirement costs. It’s a sizeable step to move the City forward.”

In addition, employees will receive a 2% cost of living adjustment each year of the contract, in line with the long term fiscal forecast model.

City Manager Mike Webb echoed the mayor’s comments, saying, “I am proud of the efforts made by all parties to reach this agreement. The agreement exemplifies our collective commitment to think holistically about employee compensation, and to recognize the dedicated work our staff team performs to provide essential services to the community.”

One of the more complex issues in the lengthy negotiations process, and one of the primary reasons the City and DCEA went to impasse following the 2009 expiration of their last contract is the retiree medical benefit. DCEA and the City have restructured the benefit to provide future cost savings to the City, estimated to equal approximately 2.2% of the group’s payroll.

According to Councilmember Dan Carson, “The reform of retiree medical benefits will provide cost savings to the City in future years. The contract as a whole strikes the right balance between

ensuring the level of service provision Davis residents expect and the level of fiscal responsibility and transparency the City needs.”

DCEA currently has approximately 80 members, which is roughly a quarter of the city’s workforce, including positions such as electricians, maintenance workers, wastewater operators, and staff in urban forestry, collections systems, water production and distribution, and environmental resources.

Mayor pro tem Gloria Partida said, “As a union member in my own workplace, I think it’s important that the City negotiates in good faith. I appreciate this outcome for everyone.”

Councilmember Lucas Frerichs echoed that appreciation, noting, “The City and DCEA are pleased to put this long period of negotiations behind them. We appreciate the work that employees do and are glad that we’ve been able to come together to resolve the impasse.”