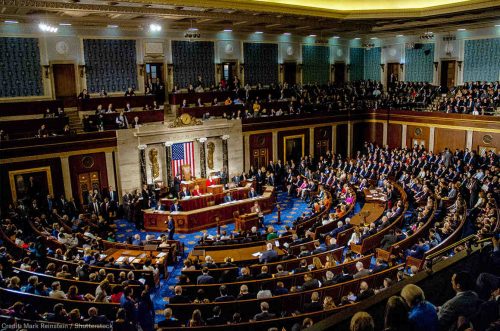 This week’s midterms should send a strong message to the political establishment that when our civil rights and civil liberties are on the line, American voters will step in. Decision-makers should be taking close note of Tuesday’s sky-high turnout, an unprecedented wave of victories for diverse candidates, and a slew of local milestones for voting rights, criminal justice, and more.

We’re here to help guide them. Below is an initial to-do list for the members of the 116th Congress. It encompasses just some of our priority bills that members should take up to help protect and expand our civil liberties.

Tuesday night was proof that when voters are asked directly to vote on racial and discriminatory policies, they uphold the American values of liberty and justice for all. In the electoral fights where the ACLU, partners, and activists made equality the threshold question for voters, voters sided with the Constitution.

Oregonians defeated an anti-immigrant ballot measure, reaffirming no one should be targeted based on the color of their skin, their accent, or their perceived immigration status. Voters in Wake County, North Carolina stood against Trump’s deportation and detention force. Kansans refused to promote Trump accomplice Kris Kobach — notorious for his assaults on immigrants and voting rights — to governor.

To continue the momentum, the 116th Congress must rein in the unchecked abuse of immigrants by Trump’s detention and deportation force. By pushing for deep cuts to the Department of

Homeland Security’s massive budget, which disproportionately allocates funds to Immigration and Customs Enforcement and Customs and Border Protection, we will effectively defund these sub-agencies that serve as vehicles for implementing Trump’s anti-immigrant agenda. Instead of criminalizing immigrants, militarizing the border, building a border wall, and denying due process protections for immigrants, Congress should focus on permanent protections for long-time U.S. residents like Dreamers and recipients of Temporary Protected Status.

Elected officials must also hold hearings and investigations into national crises of Trump’s making: family separation, detention abuses, and the entanglement of federal immigration with state and local law enforcement.

Despite this week’s major rights victories, we still have a long way to go to ensure our electoral system is fair and accessible to everyone eligible to vote.

There are several vehicles Congress can advance to that end. The Voting Rights Advancement Act would restore protections that prevent and combat racial discrimination in voting in all elections. It would expand and modernize access to voting by advancing automatic, universal, online, and same-day voter registration; early voting and vote by mail; improvements for voters with disabilities; poll worker recruitment and training; and much more.

Building on last night’s success of Amendment 4 in Florida, which restores voting rights to 1.45 million formerly incarcerated individuals in that state, Congress can restore the right to vote in federal elections to another 4.7 million people in our country who have paid their debt to society.

Congress should also hold oversight hearings on the unprecedented number of voter suppression practices that have infected the electoral process — and our democracy — across the country.

It’s time to press forward with efforts to protect working women — and everyone else — from sexual harassment and other forms of discrimination and abuse in congressional offices and other U.S. workplaces.

The Congressional Accountability Act should be reformed to make working conditions better for congressional staffers, several of whom have come forward with horrific stories of abuse. This bill

would create new rules to support and empower victims of harassment in the legislative workforce and increase accountability and transparency so that abuse doesn’t go unchecked.

With the Trump Administration continuing its crusade to dramatically roll back protections for transgender people through an extremely narrow definition of sex, it’s more important than ever that federal law explicitly protect LGBTQ people and include them in civil rights laws.

The Equality Act would provide comprehensive, nationwide civil rights protections to LGBTQ people by prohibiting discrimination against individuals on the basis of sexual orientation and gender identity, as well as filling gaps in the Civil Rights Act for women and people of color. The Equality Act would also ensure real, lived equality for LGBTQ people in many of the areas they are still vulnerable: housing, employment, and education.

It’s long past time to reimagine our justice system as one that ensures fairness and equity at all stages: from policing to pretrial, sentencing to reentry. The 116th Congress can take an important step in that direction by passing the Sentencing Reform and Corrections Act, which combines sentencing and prison reform to reduce mass incarceration in the federal prison system. The SRCA would reduce enhanced penalties that apply to people with prior drug convictions, eliminate “three-strikes” mandatory life without parole sentences for drug offenses, and give judges more discretion not to impose mandatory minimum sentences to help ensure they are not applied to individuals who have little or no criminal history.

This is just the beginning. There’s much more for a new Congress to do. It should also, among other things, protect workers across industries from abuse and harassment; guarantee access to safe and legal abortion for women nationwide; protect consumer privacy; and reform the government’s surveillance powers.

As always, we’ll be monitoring the activities of our congressional representatives and reporting back to their constituents.