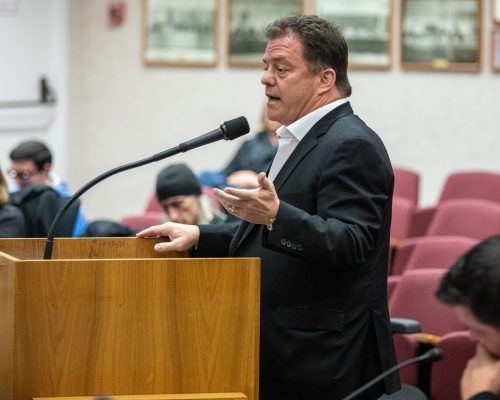 When the idea of innovation centers first came forward in Davis, I was at best lukewarm on the concept.  I was always leery of the commercialization of Davis, valuing our avoidance of a peripheral retail center and wishing to avoid peripheral development as much as possible.

However, the concept of an innovation center, as opposed to a business park, was a foreign concept to me as it was – and indeed is – to many in this community.  However, taking a trip to the PayPal campus for a seminar about four years ago or so opened me up to the possibilities that such economic development could bring to Davis.

The campus of PayPal could have, quite frankly, been pulled from the UC Davis campus.  It was a moment of twofold realization – first that we could have economic development which fits hand in glove with our existing community values, and second that what we are talking about is taking the concept of university research, finding its practical and market-based applications, and then transferring that research into technology that could then be marketed in the private sector.

Who could find such a concept objectionable?  I know far too much to seriously entertain that question, but the pushback to the article on Barry Broome’s talk made me recognize the value here has re-situated the talk of economic development.  This is not a development that will be the “Chamber way” of doing things (whatever that might mean).

Rather, the key phrase that we ought to take away from Barry Broome’s talk on Tuesday is not about innovation starting 200 yards from campus – though an important point is to recognize the importance of Davis in this chain.  Instead, we should focus on this one: that what we need to do “is empower ideas that match the values of the residents of Davis.”

That gets back to the PayPal experience – what we are doing here is not recreating Sacramento-style economic development or even that of Madison or the Research Triangle.  Instead, it is about finding our path forward that reflects our values.

Here Barry Broome was able to focus on growth potential that matches Davis values.  For him, Davis 2050 was about solving the world’s food security issues, about AgTech, biotech and medical technology and addressing the world’s climate change problems. 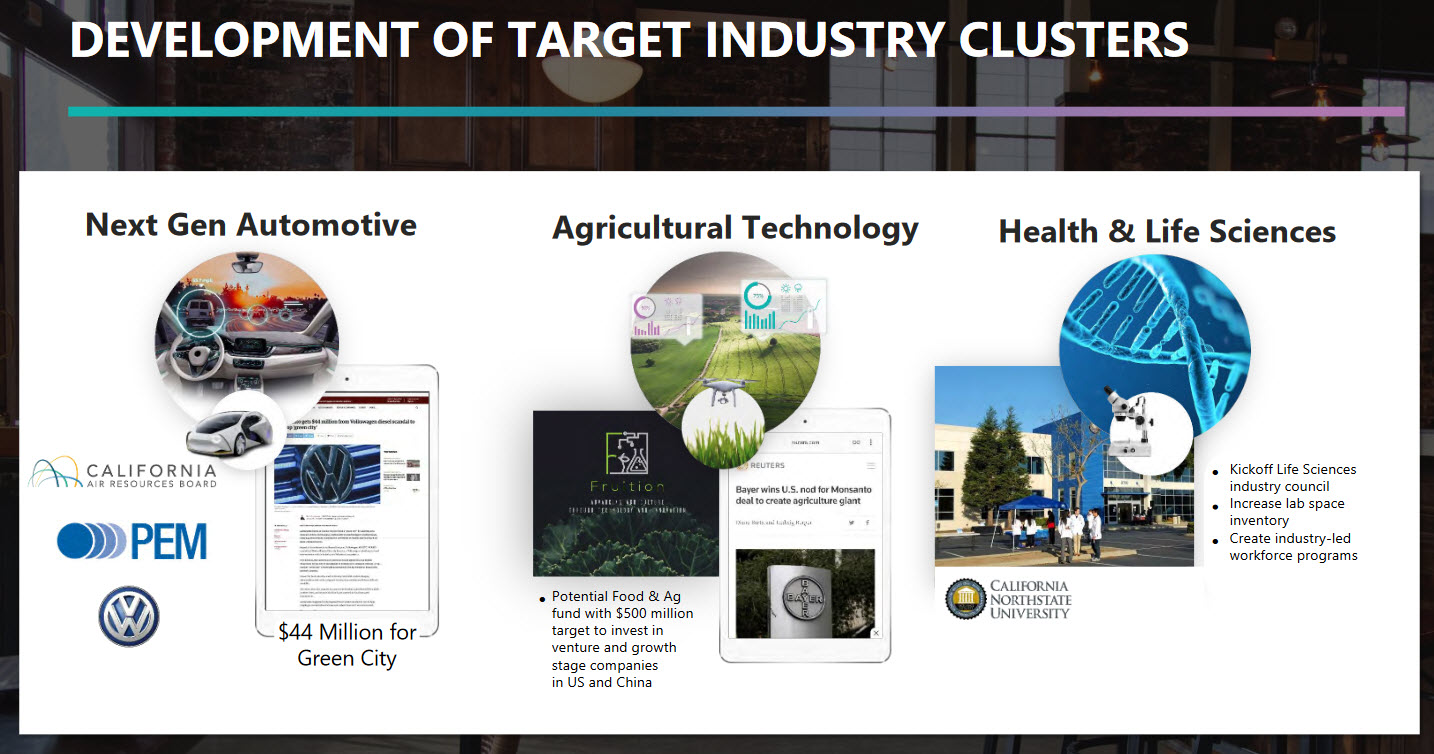 A big focus of his right now is the Next Gen Automotive.  “There is a lot of interest in California in next generation automotive technologies because our state has a great reputation for being early adopters,” he explained.  He noted that the regulatory authority of CARB “is a powerhouse (that) has basically built Tesla.”

If you think in those terms, here is a powerhouse industry that is building cars that are helping to greatly reduce GHG emissions and thus fight climate change.  He said, “There’s a lot of opportunities in electric vehicles for jobs.”

He also noted there is a push for clean technology in transportation.  He noted a company named Pem, that has just created a joint venture with SMUD, and “they have designed most of the clean

The area is also a leader in agricultural technology.  He noted that one of the largest food and ag venture funds in America will operate out of Davis.

The year 2050, he explained, is extremely important, as we need to figure out ways to make food and agriculture more efficient.  We need to catch up our efficiency with the growing need to feed the world.

By 2050, the world’s population is expected to be 9.1 billion.  Food production, therefore, needs to increase by 70 percent between 2005 and 2050 to keep up.  He said that changes in temperature and precipitation threaten agricultural productivity and the capacity to feed the world’s population.

Davis has the ability to help solve the world’s food security, farming and climate change problems.

To me this is the key – this is fitting in with Davis values to create hi tech solutions to the world’s problems, while at the same time capturing the research and work already taking place at this university.

Part of his point that he makes in the “200 yard” comment is that Davis is positioned to capture much of it.

From my perspective it was important for Barry Broome to be able to come into Davis and articulate where Davis fits in this future scenario.  For him, Aggie Square is not a competitor to Davis.  He sees that as a place near the medical school that can capture some of the biomedical innovations, but the bigger areas for Davis will be things like AgTech, food security and climate change/clean technology, all of which he believes is best captured in Davis.

Importantly, he notes that while Woodland is developing its own innovation center, Davis is needed to provide a vital link in the chain.  This demonstrates that, despite our slow pace and our missteps in the last five years, Davis still has a place in this ecosystem if we take advantage of it.

Third, he sees this as needing to clearly be driven by Davis.  But, at the same time, he understands that Davis is a community that resists rapid growth and Davis is not a place that is going to look at huge amounts of commercial retail expansion.

He recognizes that putting a Walmart in Davis is not a good fit, but, at the same time, taking UC Davis research on mobility, clean technology or food security is.

In short, we need to focus on the point that he makes that economic development needs to “match the values of the residents of Davis.”  This is not a “Chamber vision” for Davis – rather it is taking advantage of our own existing competitive advantages most particularly our world class university in our backyard and our social justice ideals of helping to solve the world’s problems.

If we do that we can develop economically while still maintaining our uniquely Davis world view and values.

That is really a win-win for all involved and a key reason why Barry Broome came to the Davis City Council to make a presentation this week.

32 thoughts on “Commentary: Economic Development Needs to Work with Community Strengths and Values”