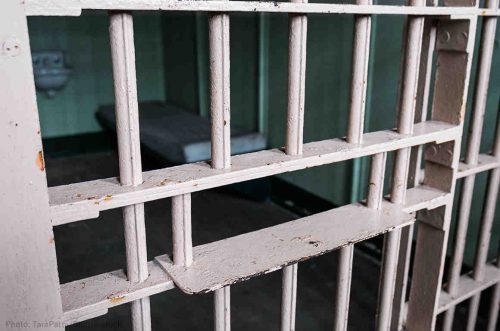 Proposition 47’s forgotten people are in dire need of relief. Low-level offenders, the people for whom our state sought to decrease penalties, have been buried under a tomb of harsher punishments.

In 2014, California voters passed Proposition 47, partly to reduce overcrowding in state prisons. (This was especially important after a federal court ordered the state to reduce its prison population, setting the threshold at 137.5 percent of design capacity.)

After the proposition passed, California’s prison population saw a sharp drop. Much of the decline was due to new sentencing guidelines, directing nonserious, nonviolent, nonsexual offenders to serve their state prison terms in county jail. Consequently, “county prison terms” became a mandatory judicial sentencing procedure, and thousands of inmates never made it to prison.

percent of their sentences, so this person would serve 3½ years.

In state prison, this case would qualify the prisoner for assignment to a minimum-security unit, and he would serve only 33 percent of that sentence. So this seven-year term could be reduced to 2.33 years — if Prop. 47 did not prohibit entrance to state prisons.

In 2016, Prop. 57 implemented a new system of incentives for state prisoners to earn their way out of confinement. Now, state prisoners have the right to earn 16 weeks off their sentences annually for participation in rehabilitative programs and vocational education, along with a reduction of six months for earning a college degree.

These opportunities would give the prisoner the chance to have that same seven-year term reduced even further.

It’s a positive thing that state prisoners have the encouragement to rehabilitate themselves. This ensures a reduction in their recidivism rate.

But an inmate suffering through a county prison term is barred from such credit accruals.

Inmates in county jail are locked down for the majority of the day. They often have little to no access to 12-step meetings, vocational education, college, and a variety of other life-altering opportunities. These low standards increase recidivism.

Other conditions in county jail can be worse than in state prison, too. The food may be of lower quality, the visiting procedures may be stricter, the commissary items more expensive, and there can be limited access to outdoor recreation. The list goes on. Just because people in society assume state prison is worse than county jail doesn’t make it so.

My journeys once led me to a holding tank in Contra Costa County Jail. I saw a fellow prisoner storm back to the bullpen, fully enraged, after getting an offer of eight years in county jail on a

“They want me to do eight years here!” he screamed.

He paced our cinder-block box nervously, like an abused animal.

“I can’t do it. Not in County! I asked them to send me to prison and got told it was impossible. I want to go back to the pen, or even a drug rehab!”

Neither drug treatment nor prison were in this man’s future. He was doomed to a county prison term — the hardest time in the state.

When Prop. 47 hit the ballot, it was promoted as a method to help small-time offenders by not sending them to state prison. Ironically, it’s delivering heavy-handed punishment to the very inmate population for whom it sought lenience.

Isn’t it unsettling when human beings are disproportionately penalized for poor decisions deemed so insignificant that lawmakers reasoned they should receive the so-called privilege of remaining in county lockup?

Efficient measures must be taken so that all Prop. 47 inmates, in every county in California, have access to rehabilitative opportunities. Equal protection and justice depend on it.

Kerry Rudd is a writer who is serving time at San Quentin State Prison.

Share:
Tags:Criminal Justice ReformMass IncarcerationProp 47
Previous : Book Drive for Immigration Detainees at the Yuba County Jail
Next : Commentary: Council Wants to Remove the Vertical Mixed-Use Exemption, but Should They?

One thought on “Guest Commentary: Prop 47 Spares Offenders from Prison, but County Jail May Be Worse”