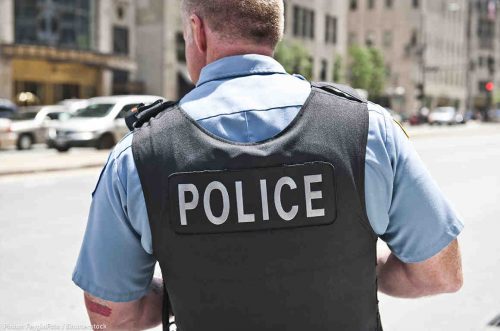 In an alternate reality, Tuesday’s national news headlines would have read: “Active Shooter Heroically Subdued by Brave Security Guard.” Instead, we woke up to news stories announcing that police in Midlothian, Illinois, responded to a bar shooting by killing the security guard who had bravely detained the shooting suspect.

Jemel Roberson should be alive today. But he’s not, and it seems quite clear that race played a critical role in his death.

Experience — and statistics — suggest that Roberson would probably have lived to be called a hero if he were white. According to a 2018 study, Black men are 3.16 times as likely as white men to be killed by a police officer. A separate 2018 study found similar disparities.

These statistics helped shape the reality that ended Roberson’s life. But it’s important to remember what was lost. Roberson was not only a 26-year-old security guard at Manny’s Blue Room Bar outside of Chicago. He was an active member of community churches who had aspirations. In fact, he dreamt of being a police officer and joining the community that ultimately took his life. Most importantly, however, he was a father to a 9-month-old son, and his partner is pregnant with their second anticipated child.

Instead of living to be praised as a hero and see his two children grow up, Roberson is dead. To make matters worse, the Midlothian police chief has not apologized for his officer’s decision to kill Roberson. The only redress now for Roberson’s family is to file a lawsuit.

Unfortunately, Roberson’s death is the tragic, avoidable result of two intersecting forms of state-inflicted violence: The first is a larger pattern of Black people trying to live their daily lives

but never getting the benefit of the doubt from police. And it’s something that impacts those who are doing jobs that save others’ lives just as much as those in everyday situations.

In late June, Kevin Moore, a Black Oakland firefighter, was conducting routine fuel inspections in Oakland Hills to mitigate any potential fires. While performing his inspections, one resident called the fire department to confirm that there were supposed to be fire inspections taking place. She then sent security footage of Moore to the police department and called to alert them of what she deemed “suspected ‘criminal behavior.’”

The second form of state-inflicted violence at play here is the way in which law and policy often excuse the unnecessary killing of people by police. It’s an unfortunate reality that police department policies and institutional culture often privilege police fear over citizens lives. Indeed, many use-of-force policies simply restate the bare minimum legal standard and state that if an officer holds a “reasonable” fear that their life is at risk, they can use lethal force. Police officers and departments rely heavily on this concept of fear to justify officers deadly actions.

In this case, although the Midlothian police have not explained the circumstances of the shooting in their public statements, it’s easy to imagine that the police officer responsible for Roberson’s death will claim that he acted within policy because he reasonably feared that the gun Roberson was holding (as part of doing his job) was a dangerous weapon. However, whether he reasonably feared

for his life is only part of what we should be asking. What ultimately matters in this situation is whether this horrific incident should or should not have happened.

The answer is clear: It should not have, and Roberson should still be alive today.

It was Roberson’s job to protect other people, and that’s exactly what he did. He lawfully and heroically intervened in what could have been a mass shooting, risked his life to stop the gunman, pinned the gunman down, and (following protocol) waited for the police to arrive. Yet even though Roberson risked his life, doing his job and performing his duty, he was shot and killed by one of the people he aspired to be.

Illinois State Police are currently investigating the shooting and are still asking for witnesses to come forward. Nevertheless, two days after the shooting, the department  issued a press release asserting that “no markings readily [identified Roberson] as a Security Guard.” Curiously, this assertion was unsourced. It was also flatly inconsistent with contemporaneous witness statements described in media reports shortly after the shooting.

The Illinois State Police may well find that the officer violated no departmental policy. But even if the investigation bases this conclusion on a defensible factual foundation, that cannot and should not be the end of the matter. If police department policies excuse the killing of Jemel Roberson, then those policies need to be changed to value Black lives instead of giving officers carte blanche to end them.

Paige Fernandez is Policing Policy Advisor for the ACLU