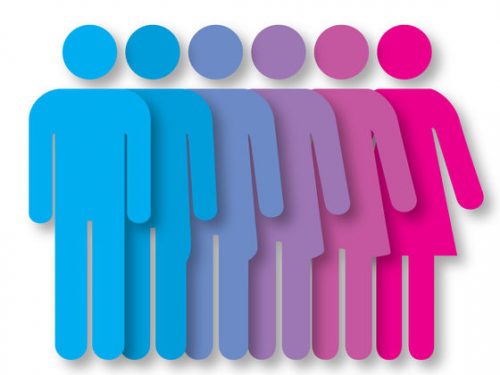 (From Press Release) – More than 1,600 scientists have signed an open letter opposing the US Administration’s proposed legal definition of gender, saying that it cannot be supported by the scientific evidence and is an unethical assault on human rights and basic dignity.

The scientists, including eight Nobel laureates, are speaking out in response to the proposal to legally define gender as either male or female, determined at birth based on anatomy, or later using unspecified genetic tests.

The scientists call on the Administration to withdraw the proposal, and also urge elected representatives to “oppose its implementation, as it would cause grave harm to transgender and intersex Americans and weaken the constitutional rights of all Americans.”

The letter explains how the Administration’s proposal, which was leaked to the New York Times, is unscientific and promotes pseudoscience, despite the administration’s claim that it is “grounded in science” as well as unethical and in violation of human rights and basic dignity.

“There are no genetic tests that can unambiguously determine gender, or even sex,” the letter states, and “even if such tests existed, it would be unconscionable to use the pretext of science to

enact policies that overrule the lived experience of people’s own gender identities.”

Not only is the proposal unscientific, the letter explains, but it “erases the identities of millions of Americans who identify as transgender (individuals whose gender identification differs from their assigned sex at birth) or have intersex bodies (individuals with biologically atypical patterns of male and female traits).”

In addition to erasing transgender and intersex people, the proposal also endangers them, because they “are at increased risk of physical and mental health disorders resulting from discrimination, fear for personal safety, and family and societal rejection” and “affirmation of gender identity is paramount to [their] survival, health, and livelihood”. Intersex people are at particular risk of being harmed by the proposal, as they may “be legally classified in ways that erase their intersex status and identity” and be subjected to “more medically unnecessary and risky surgeries at birth.”

The signatories include nine Nobel Laureates (listed by year of award):

The letter is addressed to elected officials, but the authors hope it will have a broader impact. “We also feel it is critical for this message to reach transgender and intersex people, many of whom are reading the news and feeling like the scientific community doesn’t care about them as human beings,” says Russell Neches, one of the letter’s authors. The letter may also serve an educational role for both policy makers and the public at large.

The letter was a grassroots effort. Immediately following the publication of the New York Times article about the administration’s proposal, with its “grounded in science” claim, scientists began voicing their objections on social media. Twenty-two biologists and other scientists in related fields planned and wrote the letter collaboratively.

Share:
Tags:Gender EquityTrump Administration
Previous : My View: If I’m Wrong, I’m Going to Be Really Wrong on WDAAC
Next : Letter: Rabbis Call for Healing thru “Unity”– but Is It Enough?