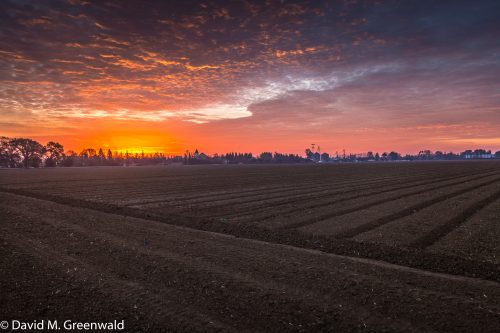 In 2000, after years of rapid growth in the city of Davis, progressive forces were resurgent.  Not only would they get their seminal ordinance approved by the voters – albeit by a relatively narrow 53.6-46.3 margin.  But in a three-seat election, slow-growth forces got two candidates elected and a third one finished a close fourth.

As a result, for the first time in a general election, progressive and slow-growth officeholders had a 3-2 majority on council as Mike Harrington and Sue Greenwald joined Ken Wagstaff.  As it would turn out, the election marked not so much of a resurgence as a temporary moment.  Two years later, the majority flipped back in the other direction and, by 2012, there were no consistent opponents of growth left on the council.

Still, it was shown in 2005 that opponents of growth could still muster enough voters to defeat major projects.  Covell Village went down to defeat in 2005, Wildhorse Ranch in 2009 and, as late as 2016, Nishi was defeated, albeit by a very narrow margin.

As late as November 2017, the Vanguard ran an article asking if a Measure R project could win.  2018 would answer that question rather definitively with two measures passing – by large, nearly 60-40 margins.

against the project and they would be extremely competitive.

Even though Nishi overwhelmingly passed, 7572 voters voted against it.   That is more votes than Gloria Partida got, who finished first.  As it turns out, the candidates who opposed Nishi failed to capture even half of the No on Nishi vote.  Their combined vote total was 6730 or less than No on Nishi got, even though voters had two votes for council and only one vote for Nishi.

A key question is what has changed.

Covell Village in 2005 was seen, therefore, as a continuation of the policies in Davis which saw large amounts of growth, whether it be Wildhorse or Mace Ranch.

However, since Measure J was passed, there have been no major peripheral subdivisions approved.  The largest project had been the Cannery in 2013 up until now.  But the pendulum has seemed to swing back in the opposition direction – a lot of voters were concerned about the lack of student housing and there are concerns overall about the availability and affordability of housing.

A second key change is that developments have learned from their mistakes.  In 2005, Covell Village was the first Measure J vote.  While it is true that Wildhorse Ranch ended up on the ballot and was passed by the voters, it seems to me that both the opposition and proponents of projects have engaged in a prolonged learning process.

The opposition quickly learned how to defeat projects in Davis.  They were helped by the mistakes made by developers – mistakes that have largely been overcome.  Covell Village, for example, was way too large a project – especially coming on the heels of other very large projects.  Moreover, it had traffic impacts that were not mitigated.  Wildhorse Ranch was defeated by time and circumstance, but also the opposition of near neighbors.

Even as late as 2016, there were fatal errors made by the developers.  While the developers attempted to assuage the public on the issue of traffic, the fatal flaw was probably not just traffic but the lack of affordable housing.

on-site affordable housing for students.  That left the opposition with one issue – that of air quality – but an issue that would not impact the individual voters.

With WDAAC (West Davis Active Adult Community), traffic issues were largely mitigated.  There were no near neighbors.

And so on paper it would seem that both projects would be overwhelming favorites.  But this was Davis and so no one was exactly sure what the default was.

As it turns out, we believe both projects really did not get much more than the core slow-growth vote.  They both passed overwhelmingly.

The opposition in both cases did not have much to go on, they did not have large groups of supporters, there was not much in the way of strong grassroots mobilization against the projects, and so they engaged in a process that threw as much directly as possible against the wall in the hopes that the voters would bite – and in neither case did the voters bite.

A key question, therefore, going forward is how strong opposition to growth forces will be.  Will they continue to decline or is there a pendulum that will swing back at some point in time?

My sense is that with two relatively healthy passages of Measure R projects, any clear opposition to the renewal will be tepid at best.  Had both Nishi and WDAAC been defeated, the call would be louder for change – of course, the fact that they would have been defeated would seem to preclude the opposition from having the electoral strength to do so.

In terms of candidates, will we start to see more efforts at coalition building and compromise or will the electorate remain polarized?

It is clear that the next test will be the renewal of Measure R and what it looks like, and a key question is going to be whether the slow-growth forces remain in decline or whether this is simply a cycle that will return at some point.

49 thoughts on “My View: 2018 Marks a Continued Decline in the Influence of the Slow Growth Position in Davis Politics”