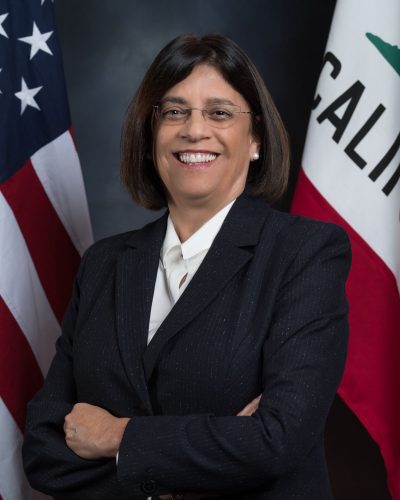 (From Press Release) – Today, Assemblymember Cecilia Aguiar-Curry (D – Winters) and several of her Assembly colleagues introduced ACA 1, a constitutional amendment which would give local governments improved options for funding critical infrastructure projects, including broadband expansion, local roads, and affordable housing projects. This bill is important, because it will empower local communities to address local priorities without needing to rely on state and federal funding initiatives.

ACA 1 would reduce the local vote threshold for approval of bond and special tax measures from a two-thirds vote to a 55 percent majority.  This is the same vote threshold that currently applies to all local school district measures. By making this change, ACA 1 puts housing and infrastructure projects on par with school proposals, so that cities, counties, and special districts have a practical financing tool to address community needs.

“As a former Mayor of Winters and board member of regional water, housing, and transportation agencies, I have seen first-hand the deterioration of our once world-class infrastructure,” said Aguiar-Curry. “That is why I introduced ACA 1 on the first day of the legislative session. This proposal will empower California communities to take action at the local level to improve their economies, neighborhoods, and residents’ quality of life. Plus, with discussions underway in Washington D.C. about a federal infrastructure initiative, ACA 1 will give California’s local governments another tool to provide matching-dollars for federal grants to fully take advantage of new funding streams.”

In practice, local officials propose a local bond or special tax, and then the voters in that community decide whether they support the idea or not. The voters would still need to overwhelmingly – with 55 percent of the vote – support a bond or special tax in order for it to be approved.  Local officials will still control which priorities they recommend to voters, and local voters will

still control how and where their infrastructure bond or tax dollars would be spent.

“Local communities deserve a fair chance at making sure that their residents can afford to pay the rent or buy a home,” said Assemblymember David Chiu (D-San Francisco), coauthor of ACA 1 and Chair of the Assembly Housing and Community Development Committee. “California’s housing affordability crisis requires real investment across the entire state, and I applaud Assemblymember Aguiar-Curry for helping us get there.”

“Local voices are central to the conversation about what investments are necessary to support local businesses and improve residents’ quality of life,” said Aguiar-Curry.  “Our city councilmembers, county supervisors, and special district representatives are elected to advance our cities, counties, towns, and neighborhoods. There’s no greater impact they can have than targeting public investments to where people need them most.  It’s time our constitution allowed them greater ability to do that.”

For every dollar spent on infrastructure, there is a return benefit of several dollars back to our economy from the related construction jobs and activities. These critical projects include fixing streets and roads, constructing public safety facilities for police and fire departments, upgrading water and flood control systems, deploying broadband for internet connectivity, and maintaining

parks. Not only do these construction and maintenance efforts improve communities and residents’ quality of life, they also create new local jobs.

“We need a renewed effort at every level of government to support our economy with modern, safe infrastructure.  ACA 1 will empower local officials to ask their voters to approve their vision for how and when to invest in these projects,” said Aguiar-Curry. “Local communities know their priorities best.  This constitutional amendment will offer an improved tool for local leaders to prioritize projects and determine how to best pay for them.”

Since 2001, over 2,200 local revenue measures have been placed before voters.  Nearly 80 percent of all two-thirds supermajority measures garnered more than 55 percent “yes” votes, but ultimately failed passage because they fell slightly short of the current  two-thirds vote threshold. If this amendment became law, those measures would have passed. Because this measure would change the Constitution, the proposal would need to be placed on the ballot for approval in the next statewide election, should the Legislature pass it.

ACA 1 is coauthored by Assemblymembers Chiu, Eggman, Eduardo Garcia, Gloria, McCarty, Mullin, Santiago, and Ting. The bill will be heard in its first policy committee hearing in early 2019.

Share:
Tags:Affordable HousingBond MeasureCecilia Aguiar-CurryInfrastructureTransportation
Previous : Legislation Introduced to Eliminate Copays for People Incarcerated in California Prisons
Next : Analysis: Destruction of Evidence in Grimes Case Deemed Insufficient to Throw Out Case, But Could Lead to Acquittal