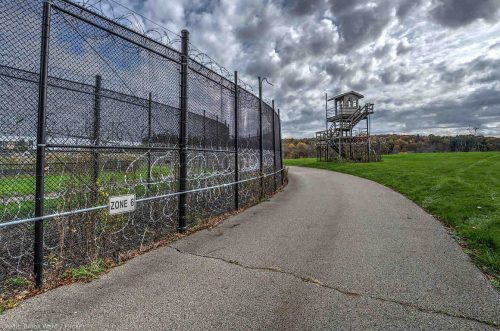 The enactment of the First Step Act earlier this month will bring some much-needed change to our criminal justice system. But the First Step Act remains just that, a first step — particularly with respect to the impact that mass incarceration has had on cisgender women and trans people.

The legislation ends two gender-specific indignities of federal incarceration: the shackling of pregnant women and restrictions on access to menstrual hygiene products.

Shackling pregnant women during delivery has zero safety or health purposes, and serves only to demean and endanger the individual and her infant. The First Step Act moves toward permanently banning this practice by prohibiting federal correctional authorities from shackling incarcerated women during pregnancy and for a period thereafter, with some exceptions. The act also requires the federal Bureau of Prisons to provide sanitary napkins and tampons at no charge. As with the shackling of pregnant women, unnecessary restrictions on access to menstrual health products have turned a normal bodily function into a

nightmare for people in prison.

These changes, in addition to the act’s other reforms, are welcome improvements, but they only begin to scratch the surface for incarcerated women. Even in the areas of pregnancy and menstrual health, many problems in federal prisons will go unaddressed. For instance, the often indiscriminate and arbitrary use of solitary confinement against pregnant women and the inadequate provision of OB-GYN care will not change. Furthermore, though cost will no longer be an issue, access to sanitary napkins and tampons is not guaranteed since institutions can continue to set arbitrary monthly quotas on such supplies. The act also will not end policies that deny or delay laundry privileges or a change of clothes to someone who has bled through their clothing. And if you are in federal immigration detention or are one of the unknown number of transgender prisoners in federal men’s facilities, you are not covered by the legislation at all.

Moreover, most women behind bars will not benefit from the act simply because the vast majority of imprisoned women are in state and local facilities.

In recent decades, women have been the fastest growing incarcerated population in the country. That growth has been concentrated in state and local facilities due to several factors. The increased criminalization of poverty at the local level means that jurisdictions across the country are throwing women in jail because they cannot afford to pay government fines and fees, and because they cannot afford bail. As a recent ACLU and Human Rights Watch report found, “While most women admitted to jails are accused of minor crimes, the consequences of pretrial incarceration can be devastating.” Whether in jail for a day or for months, women face the prospect of losing their jobs, apartments, children, and — as the deaths of Sandra Bland and Natasha McKenna remind us — even their lives.

The rising women’s population in state prisons is partially the result of the overcriminalization of drug-related offenses, the spread of “broken windows”-style policing and sentencing, and the criminalization of behavioral responses to gender-based and sexual violence. Additionally, girls and trans youth — particularly youth of color — are being pulled into the criminal justice system earlier and more

often through the increased criminal prosecution of in-school behavior and the school-to-prison pipeline.

Most cisgender women and trans people who come into contact with the criminal justice system either have some history of substance abuse, or are survivors of or witnesses to violence. Yet state and local facilities often fail to provide appropriate trauma counseling, mental health services, or other supports that would reduce retraumatization and improve odds of successful reintegration upon release.

The First Step Act’s requirement that incarcerated people in federal prisons be placed within 500 driving miles of their families signals an acknowledgment that family separation harms both people in prison and their loved ones. However, this rule will not apply to the roughly 60 percent of women in state prisons and 80 percent of women in local jails who are mothers with minor children. Even though these women also are more likely to be single parents or primary care providers than jailed fathers, odds are that they will be imprisoned far from home, regardless of the impact on their personal or their families’ well-being.

The reforms of the First Step Act should be implemented and expanded at the state and local levels. More steps should be taken to permanently ban the shackling and solitary confinement of all prisoners and ensure free and unimpaired access to menstrual health supplies and OB-GYN medical services. Additionally, we must end money bail and close debtors’ prisons, adopt incarceration and prosecution alternatives, and institute trauma-informed practices in all detention and prison facilities. These are just a few examples of more gender-inclusive reform efforts.

To achieve meaningful gender justice, we need to apply a gender lens in analyzing both problems and solutions. Otherwise, and despite important efforts like the First Step Act, sexist inequities in institutions throughout society, including the criminal justice system, will persist.