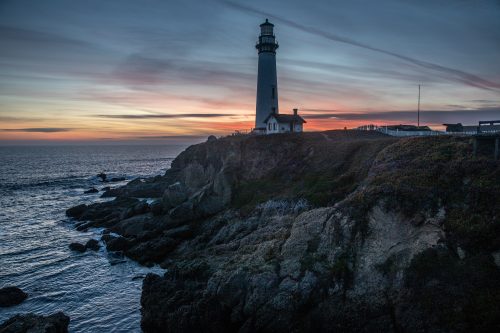 The right has attempted to paint a picture of California as a state where the affluent are leaving, and the ones left behind are poor and on public assistance.  But the right has not dug into the data very deeply.

An analysis based on 2017 US Census Data that was published in the LA Times this weekend paints a different – “far from dire” picture.  There are problems with affordability to be sure and that is driving “less-educated residents” to “move to neighboring states — and to Texas — in search of a lower cost of living.”

But the net flow of people shows that the people moving in are younger and better educated than the ones departing.

“The cost of living, especially housing, is what stops the whole world from moving to California,” said USC demographer Dowell Myers, a longtime census expert. “Otherwise, who wouldn’t prefer California? We have superior weather. We have mountains and oceans. And we have better jobs — better paying and more specialized, whether in tech, entertainment, the arts or medicine.”

Mr. Myers explained that in the 1980s, millions came to California which created “an anti-growth backlash.”  But since 2004, “California has been losing people to other states.”  He said, “We lost

people in the bubble because housing prices were so high. We lost them in the recession because our job market was worse than the rest of the country.”

Overall California is not losing population despite the net departures.  The number of babies born in California has dropped each year since 1990.  However, the number of births still exceeded death in 2017 by about 220,000 – meaning that there was a net increase in population.

Furthermore, “international newcomers rose by a net 185,000 last year despite a steep drop in Mexican immigrants, from about 150,000 a year in the mid-1990s through the mid-2000s to about 40,000 a year in 2016…”  According to the Pew Research Center, “That reflects an improved Mexican economy and a government birth control push.”

The biggest boom in immigration is coming from Asia – China, India and other Asians nations are seeing immigrants move here in far greater numbers.  “Between 2012 and 2016, 58% of new California immigrants came from Asia, according to the Public Policy Institute of California, while just 28% came from Latin America.”

Contrary to popular belief, “most of California’s newcomers from abroad are well educated. According to a study by the Public Policy Institute, 51% of working-age immigrants who had lived in California for five years or less as of 2016 had bachelor’s or graduate degrees, compared with 37% of all Californians.”

For college graduates, “California’s high-tech economy is a powerful draw.”

This is the key to why the critique of California is completely wrong, a report from the state legislative analyst’s office in February found that “although California has had net out-migration among most demographic groups, it has gained among those with higher incomes ($110,000 per year or more) and higher levels of education (graduate degrees).”

Mr. Meyers points out, “newcomers with bachelor’s and graduate degrees poured into California from other states, showing a net increase of about 76,000 over those leaving. At the same time, those

There is of course both an upside and a downside to these numbers.  But the key here is that affordability is driving the outflow, affluence and good jobs are driving the inflow.

Mr. Myers warns that the imbalance is not entirely positive: “We need low-skill workers too — hospital orderlies, school bus drivers, nannies and gardeners.”

Moreover, the state’s high taxes and high rent have an impact on everyone.  The segment with high paying jobs is doing well, despite the huge cost of living increasing.  But the displacement of lower educated and lower income segments of society is the area that we need to focus on.

Finding affordable housing for those in the lower income segments of society is the key to creating stability in California.  But this picture painted does not show the dire picture some in political circles are attempting to paint – in fact, far from it.

13 thoughts on “Monday Morning Thoughts: Data Gives Us a Clear Picture of the Future of California”