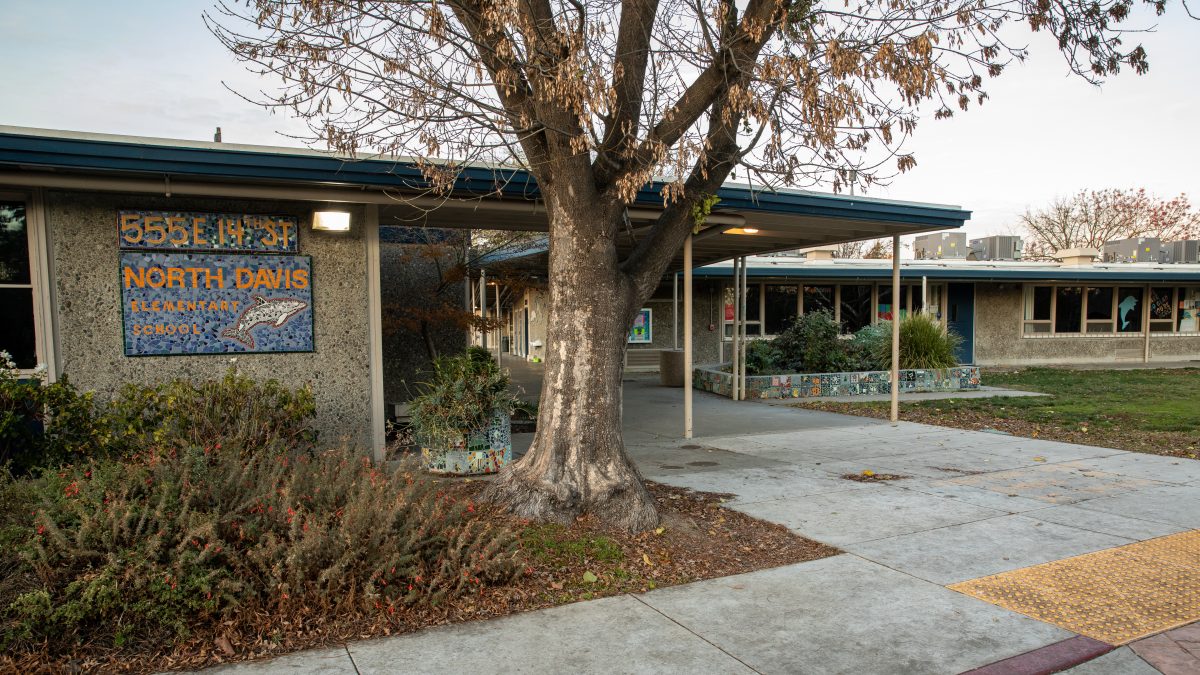 Last week it was announced that the district was approached by a community member representing a group of individuals looking to change the name of North Davis Elementary to that of late former principal, Mary Ellen Dolcini.  The item will be on the December 20th agenda.

In a letter from Janice Bridge, a former board member, she wrote: “At the regularly scheduled board meeting on Thursday, November 15, during the public comment, we will request the Board place on the agenda of an upcoming board meeting for disucssion and action, a proposal to re-name North Davis elementary School to honor Dr. Mary Ellen Dolcini.”

They write, “We believe Dr. Mary Ellen Dolcini meets or exceeds all of the criteria…  Re-naming North Davis Dr. Mary Ellen Dolcini Elementary School will expand the contribution she made to the Davis educational family by bringing knowledge of her respect for learning, her spriit of inclusiveness, and her unfailing generosity to the students of Davis for decades to come.”

In the meantime, parents and teachers and students having gotten wind of the change, are up in arms.  On Wednesday, the Vanguard met with five teachers on the North Davis Campus – each of them were strongly opposed to the change.

The teachers told the Vanguard the NDE Parents Facebook page did a poll – the results were 129 against the change with only 17 for it.

When the teachers first heard of the proposed change, they originally did not think that much of it.  They figured this was a proposal and it would go through a lengthy process.  Instead, they were

stunned to learn how quickly it was moving forward.

“It was pretty much a shock to a lot of the teachers,” one of them told me.  “A lot of people felt like she’s a nice woman” and they have nothing against her.  But they would prefer to honor her work in other ways.  They pointed out that she was the principal at North Davis prior to Judy Davis, but that Judy Davis was also worthy of such an honor.

“The district should have an ongoing list of people to honor,” one told me.  “We appreciate everything this woman has done.  It’s nothing against her personally.”

The teacher added, “Everyone I’ve talked to is all in favor of naming a wing or a building.”

Several suggested that since Measure M funds were going to go for a new multipurpose room , that might be an appropriate place to honor Ms. Dolcini.

“Why don’t they name a scholarship after her?” another teacher suggested.

Many complained about the process even more than the change itself.

The teachers suggested it is not as simple as changing a sign up front to rename .  “There are such a significant number of things other than just a sign in the front,” they explained.  “Do they have a plan for that?”  one asked pointing out how many different things would need to change.  “It would be really important to know that.”

Beyond these issues, the teachers felt like they already have a thriving community under the name of North Davis Elementary or NDE.  “We’re North Davis – we are proud of being here,” one of the

teachers explained.  “Your name is part of your identity.”

“There’s an emotional attachment,” the 5th grade teacher said.  “It just seems like this community is so much more than naming this after one person.”

Michelle Livingston a parent of a fifth grader who has been at NDE their entire time and a volunteer for the school, said, “I think it’s really surprising that it was being proposed without ever being proposed to the school itself initially.  It was a little bit shocking, actually.”

She said while Ms. Dolcini sounds “amazing,” “I take issue that a community group can just propose to change a school name and it can be done.”

She added, “I think that our kids are very invested in their school and I think it’s just the wrong process for changing the of the school, the kids should probably be educated ahead of time about the person who may then be the namesake.”

Matthew Marsom and his wife are parents of a sixth grader and a second grader at NDE and both are opposed to the name change.

“We don’t think it’s necessary for a number of reasons,” Mr. Marson explained.  Like the others, he cited a question about the process by which this change was proposed.  “It appears the board can make a change without having consulted the school community.   We think that needs to change.”

In this case, “there wasn’t any consultation with the school community.  Many parents heard about this for the first time following the board vote last week.”

He also made a point that this should not take away from the contributions of Mary Ellen Dolcini to the community or the school.  “It sounds like she was an incredible person,” he said.  “This is in no way a commentary on her.”

In a letter from the PTA signed by the entire board of eight members, they stated, “We feel strongly that directing time or resources to change the name of our school would impose a significant and unnecessary burden on our school community.”

Like others they suggested that the new MPR might be a more appropriate way to honor Ms. Dolcini and further, requested “that the board of Education revise the Bylaw 7310 policy on naming a school to better distinguish the protocol for renaming a school.”

For many teachers this was simply a shock.

A teacher of 19 years explained, “I have a sense of pride that I teach at North Davis, part of that is the name.”  She said, “I would feel sad if that was taken away.”  She added, “It kind of tears your heart out – it’s very emotional”

“I keep reaching back to how it was done, no one reached out to the stakeholders,” she continued. “Most of the people here – they don’t want the name change”

Another teacher said, “You assume they’re going to ask for input from people from the school.”

While that does seem to be happening now, there is already a bitter taste in the mouths of many who have so much invested and feel that this process moved forward without talking about outreach to the PTA, students, or teachers.

The board did not seem that willing to go on the record at this time.  Incoming board president Bob Poppenga would only point out that it is agendized for board discussion on December 20, “with the opportunity to hear comments from the community.”

Another board member said that they had received a number of emails and that the board is still waiting to hear what the financial impact of the name change will be.

District PIO Maria Clayton told the Vanguard, “the Board asked staff to send a request to North Davis Elementary parents and staff to review the information from the advocacy group and to provide the Board with any feedback by emailing BOE@djusd.net.”