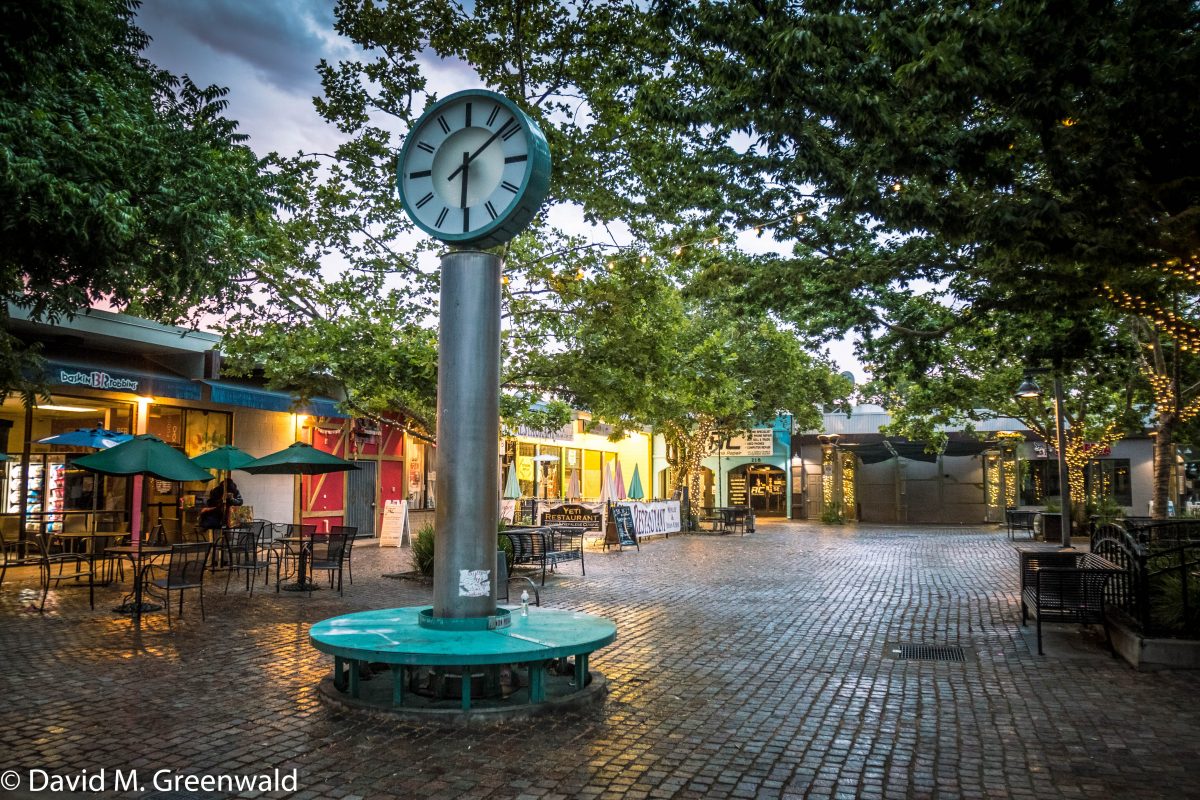 They note that “neighborhood walkability has become a key selling point for many buyers and renters. Researchers concluded in a 2011 study that good walkability could boost property values up to 9 percent.”

The key: projects that have a small town or urban feel “where stores, restaurants, parks and other amenities are mixed in with homes or apartments.”  Walkable mixed use projects.

They note that the Sacramento region as a whole “isn’t known for that kind of development. But some areas have been gaining walkable terrain lately.”

Among the 12 most walkable neighborhoods in a four-county view of the Sacramento region, three are located in Davis (although really it’s five because they combine University Avenue, Old North and Old East into one). 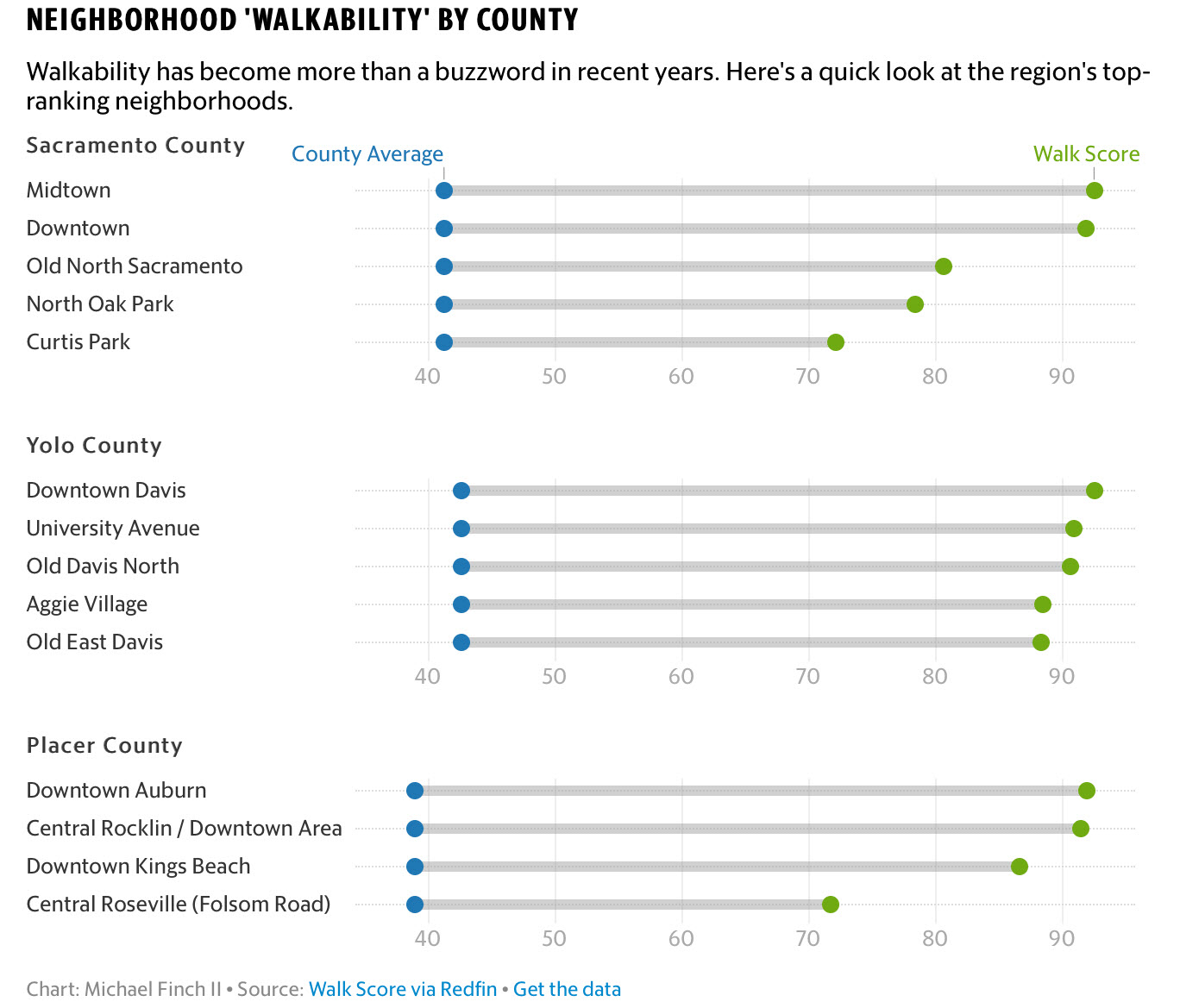 The Bee writes: “Adjacent to the university campus, this homey downtown is arguably more walkable than midtown Sacramento, and is singularly the place in the region where cars do not rule at intersections. Instead, drivers must sit and wait and wait as multitudes of pedestrians and bicyclists amble and pedal to and from the college town’s many small shops and eateries. The Saturday

farmers market in Central Park may have the highest density of pedestrians jammed elbow-to-elbow in the area.

Coming in at No.6 – Central Davis: “This is, in fact, our grouping of three central Davis neighborhoods that surround the core downtown, all of which individually got high Redfin walkability scores. The neighborhoods are called University Avenue, Old Davis North and Old East Davis. Homes here are often modest but stylish and well-kept on pleasant streets — and not many go up for sale.”

Finally at No.7 is Aggie Village: “Aggie Village is also among the neighborhoods that border downtown Davis, but it is newer than the others and carries a distinction. It’s a cozy neighborhood of bungalows, backed by in-law units, on an infill site between downtown and the university, built when most developers in the region were designing sprawling, large-lot subdivisions far from amenities and jobs.

“Homes in this tiny enclave — popular among professors and other university employees — rarely come up for sale, though.”  (The write up fails to explain that Aggie Village was designed as university housing).