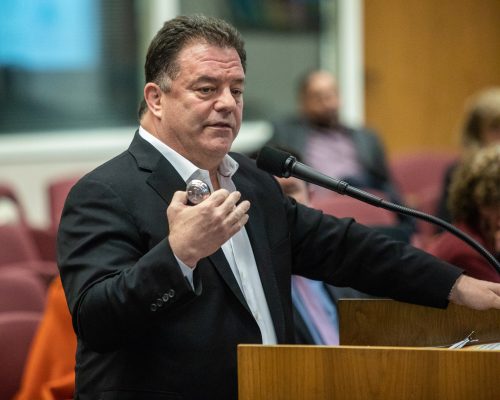 Back in 2014, it looked like the city of Davis was finally going to break through on its long unrealized potential of economic development.  It hired the well-respected Rob White as its Chief Innovation Officer, it put out RFEIs (Requests for Expressions of Interest), which garnered two peripheral innovation center proposals.  A third proposal for a smaller center on the Nishi property was moving toward a vote of the people.  But then it all fell apart.

Rob White was unceremoniously let go by City Manager Dirk Brazil.  Right around the same time, the world class developers Hines pulled out of the Davis Innovation Center and the project eventually moved up to Woodland.  Whether it was the loss of Rob White, the lack of housing in the proposal, the concerns about a Measure R vote – whatever the cause – the local developers moved the proposal to Woodland where they got housing included and a quick approval.

Meanwhile, Nishi lost a 2016 Measure R vote and MRIC (Mace Ranch Innovation Center) has been languishing between active and inactive.

But that is starting to change.  Once again, we see signs of real momentum.  Even before Barry Broome set foot in Davis, there were positive signs across the board.  Success has come on fronts smaller than a 200-acre peripheral innovation center.

The investment by Fulcrum Property in the University Research Park was a big coup. They are now investing in a mixed-use project in hopes of bringing workforce housing into a vacant site within that park.  Sierra Energy just announced a $30 million financing round to bring its waste-reducing and energy-producing technology to market.

The city has done well by adding two hotels that are in the process of construction, they are taking advantage of the legalization of recreational cannabis with a number of dispensaries, and that’s just for starters.

The big ticket item remains the possible return of MRIC.

Economic development is not an easy way to jobs creation and tax revenue.  Public-private partnerships will spend tens of millions to take research developed in universities like UC Davis and

develop it into products and technology that can be marketed on the private market.

Contrary to popular belief, economic development is not simply a matter of build it and they will come.  But rather it is an endeavor that takes years of work.  The city worked behind the scenes for several years to bring in Mori Seiki.  That was a competitive process whereby the city of Davis won out over tough competition to bring the 100,000-square-foot facility in with over 200 jobs.

In order to make it work, cities like Davis need someone who could dedicate their time and energy to working to bring in companies, find space for them, and make it work.  That is originally why the city of Davis brought in Rob White.

That is why the city of Vallejo, fresh from recovering from bankruptcy, have brought in Rob White themselves to run their planning department and help push their economic development prospects forward.

Now Davis is finally getting back on track to do something similar.  For the first time in several years, the city manager and council seem lined to make this happen.

They aren’t just talking the talk.  It was Mayor Brett Lee, who sits on the board of Greater Sacramento Economic Council, who brought in Barry Broome to articulate a strong message that squarely put Davis back on the board for economic development.

As I have noted earlier this week, there are two really key things he talked about.  The first was the need for innovation to start close to where the research is occurring.  That doesn’t mean you can’t do innovation in places like Woodland, West Sacramento and Sacramento.  But it means that the first wave has to occur in close and branch out from there.

The second is that Davis needs to move forward with an economic development program that matches the values of the community.

But that is just talk and, frankly, we have seen talk before.  A big change now is that City Manager Mike Webb brought in Ashley Feeney to run not only the planning department, but to oversee the

At some point, if the city continues to progress, they will probably need to hire an individual who is dedicated solely to economic development.  Someone who does nothing else but work to bring companies into Davis.

But in the short term, having someone like Ashley Feeney in charge of the effort is a tremendous step forward.

Mr. Webb has restructured his personnel and structure to take better advantage of the situation.

Mr. Feeney will report directly to the City Manager and will partner with the Director of Business and Community Engagement, Diane Parro, who will focus on strategic communications and business relations.

The move better utilizes Diane Parro’s skills while sending the signal once again to the region that the city of Davis is serious about economic development.

Is this enough to get an innovation center approved and start bringing in high-tech businesses to Davis that can generate jobs and revenue and improve our sustainability?  We’ll see.  We have seen moments of great promise before, only to see them evaporate at the moment when it appeared success was before us.

Davis residents seem more open to change than before – but, as we saw with other projects, it is never easy.

Share:
Tags:Ashley FeeneyBarry BroomeBrett LeeEconomic DevelopmentMike WebbMRIC
Previous : Analysis: No Major Changes as the Election Results Are Finalized
Next : School Sends Kid Home From First Grade Due to His Hair

68 thoughts on “Sunday Commentary: City Signals It Is Serious about Economic Development”