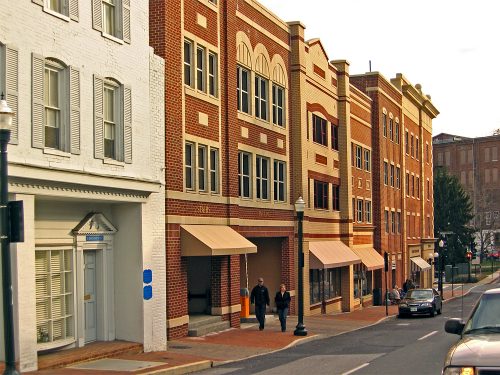 This week the amendment to the Affordable Housing Ordinance was placed on consent, but it makes a number of key changes that we should note.  There is probably a key omission here as well – that I will discuss shortly.

Clearly if we wish to have affordable housing in these types of projects, we ought to look at some of the other requirements that add cost to building these projects and figure out which ones are priorities.

Second, a key provision here is that the amendment will not impact current projects.  That means neither the University Research Park nor the University Mall are impacted by this change.

That seems reasonable given that when the applications were made, the projects would be exempted from requirements of providing affordable housing.

On the other hand, that provision doesn’t necessarily mean there won’t be affordable housing on either site.

of the units at the very low level.  The expected rent would range from $728 for a studio to $936 for a two bedroom.

A third key point is that the council has now built in discretion for adjusting the inclusionary percentage up or down.

The ordinance itself lists nine possible factors in determining the percentage: (1) specific housing need, (2) the ability of the market rate units to provide housing for low or moderate income

households, (3) the extent to which the development furthers other land use goals (including reductions for need for private vehicles, etc); (4) high infrastructure costs or other cost burdens; (5) funding by public subsidies; (6) whether the affordable components are provided by the bed or bedroom; (7) deeper levels of affordability; (8) applications prior to AB 1505 and (9) may be adjusted up or down based on the income and rent levels provided or the size of the overall project.

The bottom line is that the council has a good deal of discretion in setting the overall percentages of the affordable housing on the site.

Clarifying this language, in my view, eliminates a lot of the debate from the Measure L process as to whether the city complied with its own affordable housing ordinance.

One thing from the campaign though that this ordinance does not address or clarify is the “individualized affordable housing plan.”  During the election for WDAAC, the city clarified that the project met the requirements of the ordinance through such a plan, though such a plan was never specified in any of the documents provided by the city.

Here the language noted b the city is that either vertical mixed-use or stacked condominiums “are exempt from the standard and alternative affordable housing requirements as long as they provide an individualized affordable housing plan.”

It would seem useful if the city laid out exactly what an individual affordable housing plan is, what it looks like, and the requirements for enacting it.

Along those lines, I think we need to look at a second change. I continue to have real questions about the practicality of providing affordable housing in these projects.  The city may want to look into securing funding to help projects provide such housing.  There is no language here that acknowledges those hardships or seeks to create or secure such funding.

Given that the next wave of housing developments are likely to be mixed-use, infill projects, it would seem logical that the city would have to find a way to help fund affordable housing – if that is their priority to do so.

Share:
Tags:Affordable HousingAffordable Housing OrdinanceVertical Mixed Use
Previous : Sunday Commentary: There’s a Wave of Progressive Prosecutors, but We’ve Been Left Behind
Next : The Broken System of Civil Asset Forfeiture