The Third Street Improvement Project is almost completed – if it seems like it has been a long time – you would be correct.  The road has been blocked off for over a year, but the project has been in planning for a decade and a half.

City Engineer Dianna Jensen told the Vanguard on Friday, “This project has had a few delays due to PG&E being called off for the fires and for several days of rain. The current schedule is showing we will be substantially complete by early to mid January.”

She warned that this could change with more rain delays.

Right now the schedule is for them to be working on signal lights over the next three weeks meaning that the intersection of B and Third will be a four ways stop.

Ms. Jensen told the Vanguard, “Stop signs will include flashing beacons to alert motorist, bicyclist, and pedestrians. It is currently anticipated that the new signal will be working the week of January 7th and the road will be open to traffic a day or two

The original idea dates back over a decade wit the idea of improving “the safety, function, aesthetics, and sustainability of the two-block segment of Third Street between A Street and B Street and the B Street alley in downtown Davis. The purpose is to improve the corridor for pedestrians and bicycles and create a “gateway” between UC Davis and downtown.”

The city had a Master Plan put out in 2011.  But it stalled due to lack of funding.  On December 13, 2013, the Vanguard ran a story announcing that the city had received $1.9 million in SACOG funding for Third Street.

In the city’s release, “the Third Street Improvements (B Street to the UC Davis campus) stem from a community outreach process that was completed in 2011 to redesign 3rd Street to better serve its primary users: pedestrians and bicyclists.”

But four years later, most of this had not happened.  The city then put out a release in the summer of 2017.  It noted that the project was “a multi-year multi-phased effort that was initially approved for preliminary engineering and corridor planning in the 2006/07 FY.”

The initial design was complete in 2008-09 but “the project was delayed for a few years due to uncertainty about how to fund the project, in part due to the economic impact of the housing market collapse.”

In 2012-13, work began to move forward on Phase I which replacing aging existing underground water pipelines and then the undergrounding of overhead electric and communication lines (Phases II and III) in conjunction with PG&E, AT&T and other overhead utilities.

The city then obtained a $3.3 million Federal STIP grand for the corridor improvements.

The city then warned, before the street improvements could be installed (Phase V), the city needed to improve the reliability of the infrastructure “to support current and planned mixed use infill, and improve stormwater drainage to reduce localized flooding while employing sustainable stormwater quality management practices in the Downtown.”

Phase IV was to take place from August 2017 to November 2017.  But that also got pushed back due to funding delays.

“We didn’t get awarded fast enough,” City Principal Civil Engineer Michael Mitchell told the Aggie last year.  “The contractors have been very good, actually ahead of schedule. We wanted it awarded earlier, but it just didn’t happen due to issues outside of our

control. The current project should be done by the end of the calendar year, before Christmas. And then we should have the main project — the main event — out to bid and awarded in the early part of next year in time for a spring construction.”

Then Phase V will “consist of pavers along the street and sidewalk in a circular pattern, an art piece on the east end, new street lighting, bike racks, and benches.”

What will emerge is the idea “of increasing the amount of “real estate” along these sidewalks along this particularly narrow sidewalk was explored along with the goal of creating a better experience for bicyclists.”

The idea is that there will be more room for pedestrians.  Bikes will also be prioritized.

The problem that many have cited is the businesses along the corridor have been heavily impacted by the long construction.  These include:  Raja’s Tandoor, Ali Baba, 3rd and U Café, Sharetea and Pho King 4.

The final product will have circular patterns of pavers along the street and sidewalk, an art piece on the east end, and new street lighting, bike racks and benches.

Ultimately this is seen as a way to “activate” the area between UC Davis and downtown, bring more people into the core, and form a connection between the university and downtown.

The problem as we have seen, while the work began in 2012-13, the funding, now toping $9 million mostly from external sources has been hard to secure and the delays have turn this into a much longer project than originally envisioned. 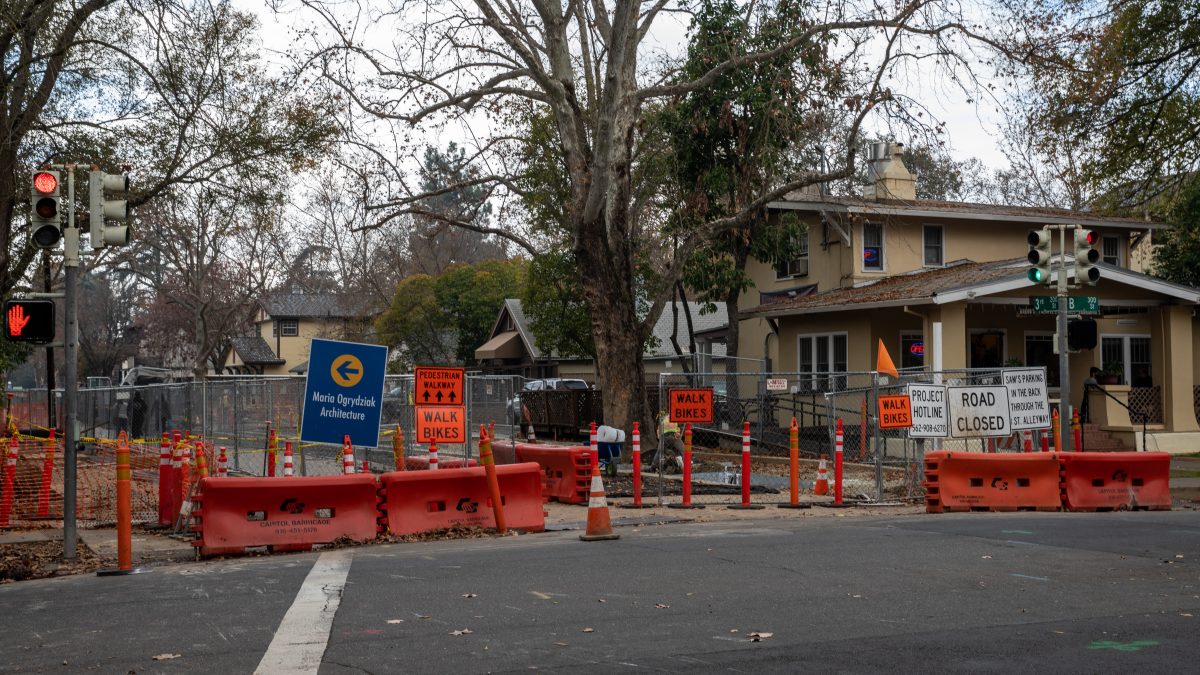 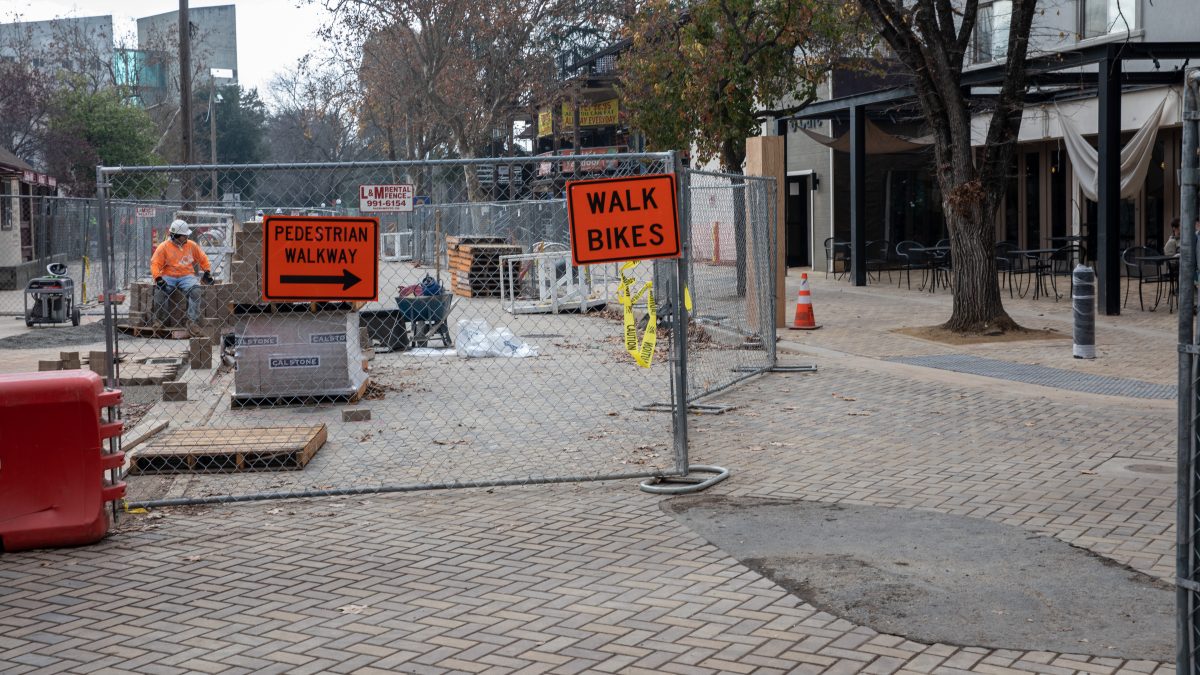 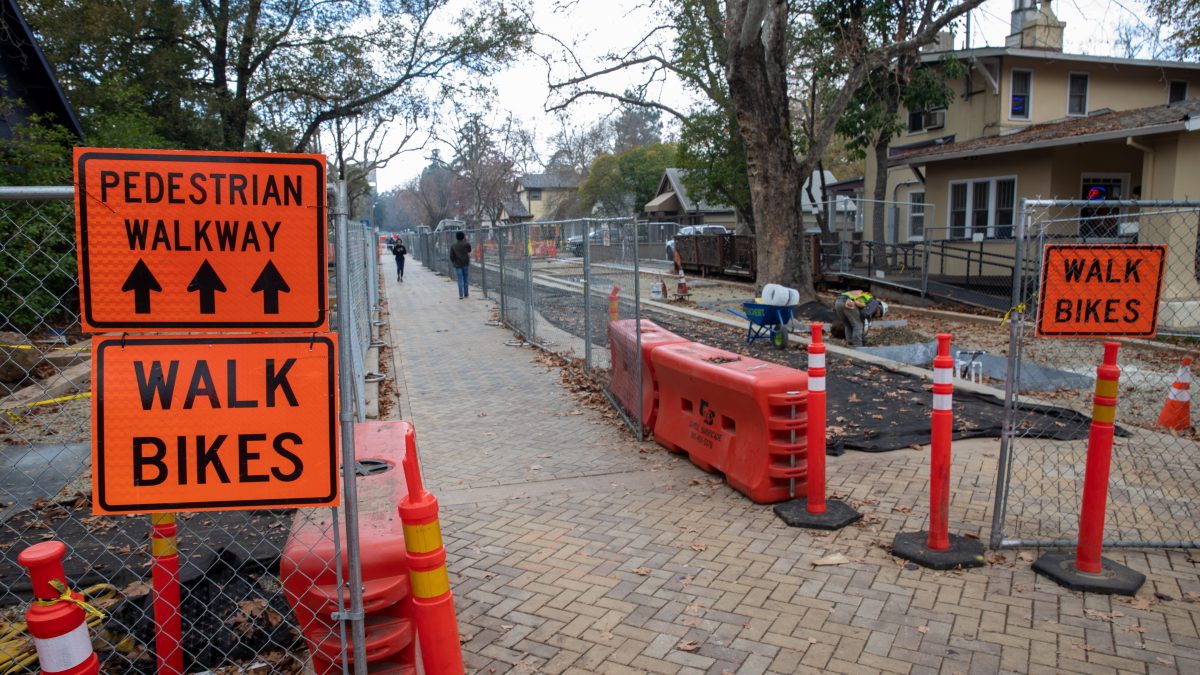 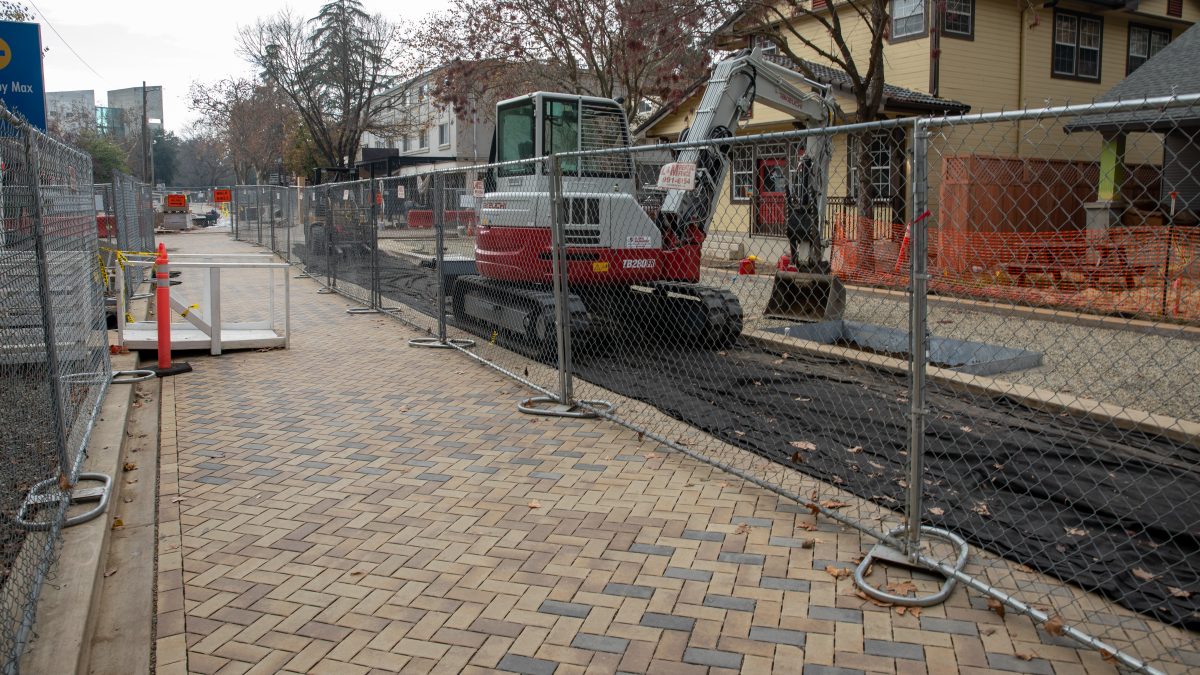