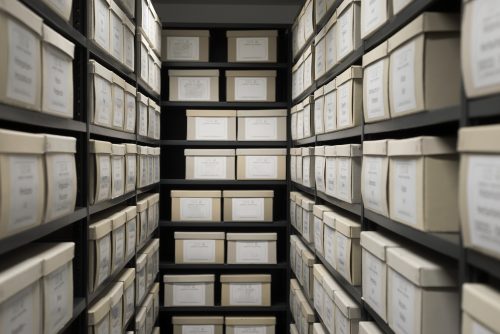 In a one-sentence ruling the California Supreme Court denied the efforts by police unions to gut or block the landmark police transparency law (SB 1421) attempting to apply the law only to records created after January 1.

A group of media and first amendment advocates filed papers last week in opposition to the effort.

The Supreme Court ruled: “The petition for writ of mandate and application for stay are denied. Proposed intervenors’ motion for leave to intervene is denied as moot.”

The ruling paves the way for police records involving shooting or other serious misconduct to be released to the public through the Public Records Act.

Prior to the bill’s enactment in September, California was one of a handful of states to bar public access to records surrounding investigations into police shootings and accusations of police misconduct.

The law brings California into the mainstream by allowing the public to see records relating to police shootings, instances of sexual misconduct, or acts of dishonesty, such as perjury by police officers. It takes effect on January 1, 2019.

“This is a great result for transparency and for the public,” said FAC Executive Director David Snyder. “We’re grateful the Supreme Court saw through the union’s Hail Mary effort to weaken this

Joining FAC in the effort to oppose the union’s petition were the Los Angeles Times, KQED, and the California News Publishers Association.

“Fortunately, the court saw through this last-minute effort by the police union to hamstring Senate Bill 1421,” Mr. Snyder told KQED, one of the media groups that filed to oppose the efforts to block release of police records.

KQED noted that the court did not issue a written order on the petition leading some to believe that could leave uncertainty over how the law would be implemented.

In their opposition, the coalition argued that the county’s primary concern is the legal obligations under the California Public Records Act.  “It has little if any direct interest in ensuring that SB 1421 is construed in a manner consistent with its Legislative purpose of expanding public access to information regarding the use of force and serious misconduct by law enforcement officials.”

The coalition expressed concern that should the court grant relief sought by the police unions and counties, the public’s “access rights would be significantly harmed.”

Meanwhile law enforcement groups were disappointed with the ruling.

In a written statement issued by its president, Grant Ward, he said, “We feel this is a statewide issue and should be considered accordingly.  As a result, we are currently seeking other legal options to protect our members.”

Timothy Talbot filing on behalf of San Bernardino County Sheriff’s Employees’ Benefit Association argues that “SB 1421 imposes a new statewide mandate that these personnel records and specified information maintained by public agencies shall be subject to disclosure and otherwise available for public inspection pursuant to the California Public Records Act.”

SB 1421 must be applied and enforced “as to personnel records and information reflecting specified peace officer conduct occurring prior to January 1, 2019. That information, however, is confidential as a matter of law and not otherwise subject to disclosure, except by discovery pursuant to Sections 1043 and 1046 of the Evidence Code. The intent of the legislature in enacting SB 1421 was not to abridge existing law as to records and information pertaining to incidents and conduct pre-dating January 1, 2019, the effective date of SB 1421.”

The legislation was sponsored by State Senator Nancy Skinner.  She explained California’s previous restrictions against releasing information about investigations into police officer misconduct did not serve the best interest of the public.

“When incidents such as a police shooting occurs, the public has a right to know that there was a thorough investigation,” Senator Skinner said in a previous statement. “Without access to such records, communities can’t hold our public safety agencies accountable.”

Some of these concerns relate to workload.  For instance, Los Angeles Police Department Chief Michel Moore in a letter noted that his department had to establish a separate SB 1421 Task Force in order to prepare for the “massive influx in historical records requests it anticipates.”

He argues that this influx “beyond any reasonable expectation given the sheer volume of personnel complaints and uses of force (UOF) maintained in antiquated or archaic formats.”

Mr. Snyder told KQED he “expects there will be legal challenges to SB 1421 in the months ahead as the scope and extent of the new law is defined.”

“I’m grateful that the court issued this decision and did so promptly because this is an important law that will allow the public to see a lot of things that it wasn’t able to see before,” Mr. Snyder said. “It’s a good start to 2019.”

Share:
Tags:First AmendmentPolice TransparencyPolice UnionsSB 1421
Previous : 2018 in Review: Women of Color Win in Davis
Next : Use of Force and Police Stops in 2017