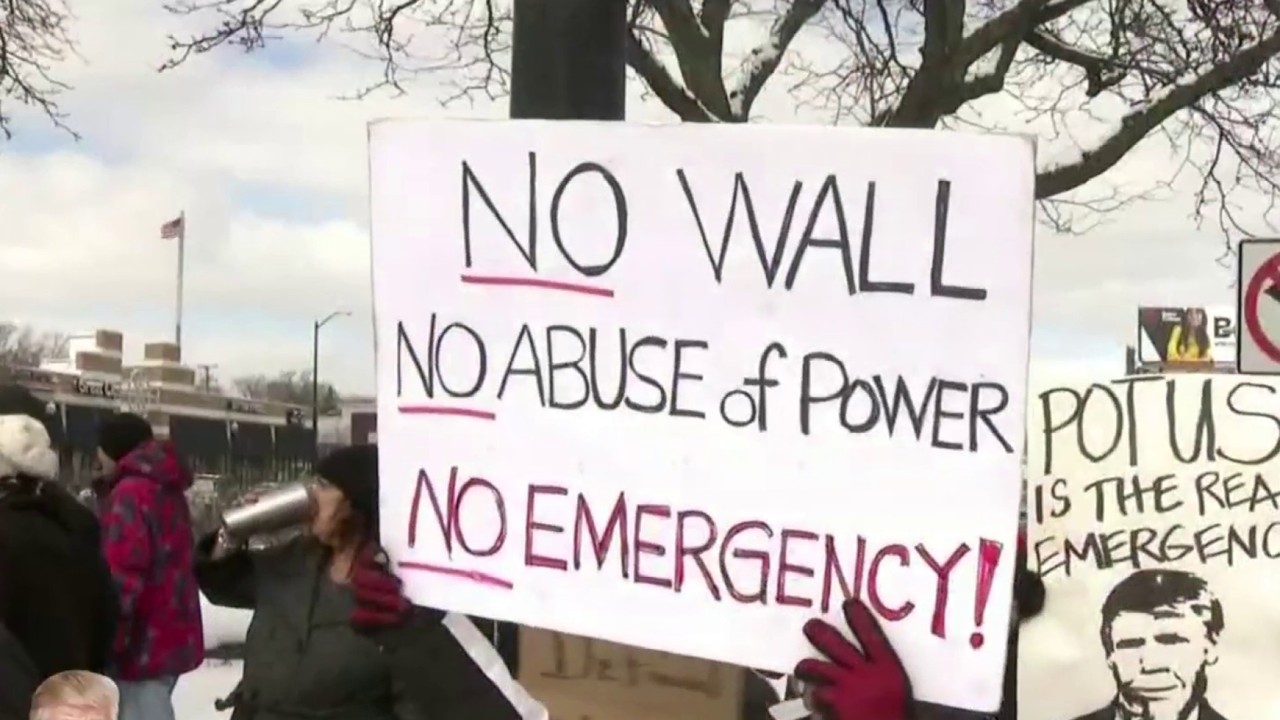 (From Press Release) – The American Civil Liberties Union, Sierra Club, ACLU of Texas, and ACLU of Northern California today filed a lawsuit challenging President Trump’s emergency powers declaration to secure funds to build a wall along the southern border. The lawsuit was filed on behalf of the Sierra Club and the Southern Border Communities Coalition and was filed in the Northern District of California.

“The president is using a bogus declaration of a non-existent emergency to undermine our constitutional system of checks and balances, in the process deeply harming communities living and working at the border,” said Cecillia Wang, ACLU deputy legal director. “We’re filing suit to stop the administration from moving forward with this patently illegal attempt to steal taxpayer money for a border wall that Congress, security experts, and Americans have said is unnecessary and harmful.”

The lawsuit argues that President Trump’s use of emergency powers to evade congressional funding restrictions is unprecedented, unconstitutional, and unauthorized under 10 U.S.C. § 2808, the statute Trump invoked. Congress restricted the use of that statute to military construction projects, like overseas military airfields in wartime, that “are necessary to support” the emergency use of armed forces.

The organizations further maintain that the border wall project, if carried out as directed under the president’s emergency proclamation, would hurt communities living at the border, endanger wildlife, and have damaging impacts on the environment.

The Sierra Club is a national organization with 67 chapters and more than 3.5 million members and supporters dedicated to protecting and restoring the quality of the natural and human environment.

“Just ask people in border communities — this is a manufactured emergency to build an unnecessary, unwanted, and environmentally-destructive border wall,” said Gloria Smith, managing attorney at the Sierra Club. “The wall would bulldoze through border communities that are rich in historic, cultural, and environmental resources, destroying wildlife habitats and migration corridors for animals. This is yet another illegal and dangerous power grab by the president to further his anti-immigrant and anti-environment agenda.”

The organizations call on the court to block the Departments of Defense, Homeland Security, and Treasury from taking action to build a border wall using funds from the Defense Department or Treasury Asset Forfeiture Fund pursuant to the president’s unlawful emergency declaration. They also urge the courts to block the agencies from implementing the border wall project unless the agencies comply with the

The Southern Border Communities Coalition brings together 60 organizations from California, Arizona, New Mexico, and Texas, to promote policies and solutions that improve quality of life in border communities.

“The walls and hypermilitarization that President Trump is trying to strong-arm through will not make us safer, but will degrade the quality of life of the 15 million people who call the southern border region home,” said Vicki B. Gaubeca, director of the Southern Border Communities Coalition. “Trump’s sham national emergency will tear apart the binational and multi-cultural fabric of our region, shred our way of life, and promote hostility towards immigrants and communities of color in border communities. We are suing to ensure that border communities are consulted in decisions that impact our quality of life and put a stop to this harmful, deadly, and wasteful wall.”

The lawsuit argues the president’s declaration and diversion of funds violates core constitutional principles and multiple laws and statutes, including:

As the organizations note in their complaint, the 2019 Appropriations Act passed by Congress explicitly rejected President Trump’s $5.7 billion demand for a border wall, and forbade construction in certain areas, including carve-outs for wildlife areas. Further, the president violated the Presentment Clause by signing the 2019 Appropriations Act but then rejecting it by declaring a national emergency to build more of a border wall than Congress permitted, faster than Congress allowed. In direct violation of the National Environmental Policy Act, the president’s proclamation directs DHS and DOD to undertake border wall construction without necessarily considering the environmental harms.

The complaint can be found here: https://www.aclu.org/sierra-club-v-trump-complaint-declaratory-and-injunctive-relief.