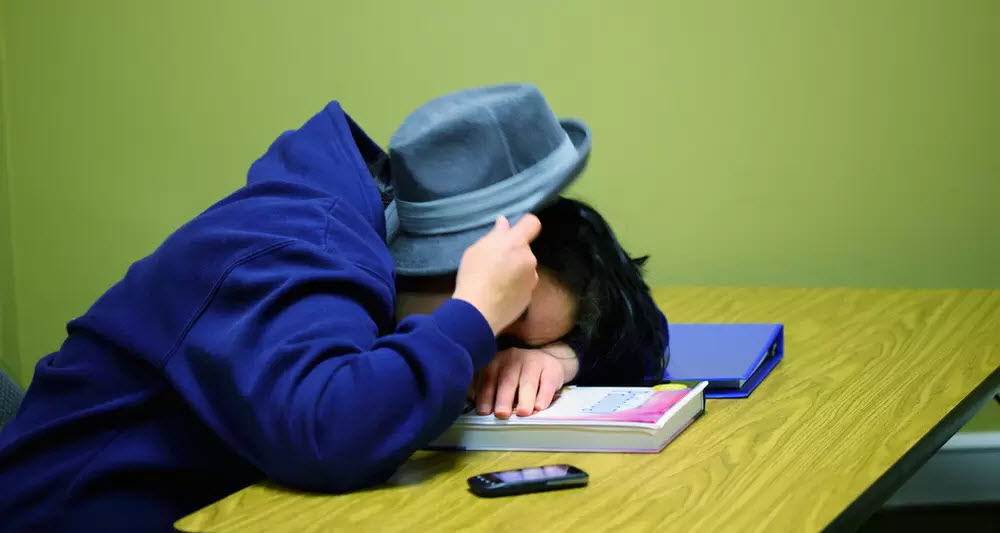 A bill by Assemblymember Marc Berman of Palo Alto would allow homeless community college students to sleep in their vehicles overnight in campus parking facilities.

“Over the last two years, I’ve heard from too many students that they don’t have stable housing and often end up sleeping in their cars. Unfortunately, this is all too common throughout California, with one in four community college students experiencing homelessness,” said Assemblymember Berman. “The long term solution is to build more housing, but while we work to make that a reality, AB 302 is a step that we can take now to ensure that homeless students have a safe place to sleep at night.”

If it became law, AB 302 would require “community colleges to grant overnight access to campus parking facilities to any homeless student that is enrolled in coursework, has paid enrollment fees, and is in good standing with the community college without requiring the student to enroll in additional courses. The bill would further compel each community college district governing board to develop a plan to implement the new requirement.”

Surveys have shown that an increasing number of students are housing insecure and homeless – with an even higher percentage of community college students than at CSU or UC.

This weekend, the LA Times Editorial Board backed the bill, noting, “Surveys of the state’s community college students have found that about one in five have been homeless during the previous 12 months. That means they’re sleeping in a car, couch-surfing with friends, or living in an abandoned building or out on the street.”

They add: “Although there are also homeless students in the University of California and California State University systems, the numbers are significantly higher at the community colleges.”

There is a total of 2.1 million community college students, spread across 114 campuses.

The Times notes: “Many are lower-income, juggling jobs and family and school. Some community college campuses already have food banks and offer assistance to students enrolling in California’s food stamps

“Providing housing, though, is more challenging. Only 11 community colleges have any form of dormitory housing on their campuses — and most of those are rural colleges.”

The bill would allow homeless students to park overnight in campus parking facilities.  Students would need to be enrolled and in good standing at the college.  The Times notes: “It’s not known exactly how many students are living in their cars.”

From the perspective of the Times: “This is a well-intentioned idea that could offer modest but much needed help to homeless students trying to improve their lives despite enormous obstacles. It echoes a similar 2016 state law that requires community colleges make showers in athletic facilities available to homeless students even if they’re not enrolled in physical education classes. That law seems to be working well.”

At the same time, the Times points out: “Safe parking is not a solution to homelessness. But, properly and carefully undertaken, an initiative such as this one could offer much-needed assistance to students who are already working on improving their lives by getting a college degree, and who deserve what help we can offer.”

“As students, we chose to dedicate ourselves to pursuing a better life using education as our primary tool. We sacrifice everything; a growing number of us have even sacrificed our most basic human need, a place to call home. We had to decide if we were going to buy books or pay rent. We chose to stay steadfast in our commitment and follow our dreams,” said Mr. Tompkins.

He added, “Being a homeless student means lots of coffee to hide the sleepless nights walking or driving aimlessly and having extra deodorant in case you don’t make it to campus early enough to shower before class. Being a student and chasing our dreams is worth being homeless.”

Mr. Berman told ABC 10 in Sacramento that the bill could give “homeless students an additional level of security.”

There is currently no estimate on costs but “there may be costs associated with implementing overnight parking, which will vary campus to campus.”

While UC Davis does not have nearly the homeless population of the average community college, estimates last year in the Affordable Housing Survey found that as many as 7 percent of UC Davis students suffered from homelessness, at least for a time, in the previous year.

Another 18 to 19 percent of students reported some form of housing insecurity – the inability to pay their full rent or their full utilities, they moved two or more times, they doubled up with others without a lease, or they moved in with others because of their financial circumstances.

Students at UC Davis have reported a number of students sleeping on couches, the library or study lounge, or in their cars.

Last summer, Robert Saper, a graduate student at UC Davis, who has his master’s in Community Development and who previously worked as a research assistant for the Task Force, told the Davis City Council, “I think these numbers reflect not a simple crisis of affordability, they reflect an absolute market stagnation and degraded quality of life.  I don’t think this is a problem that the university can face on its own or the city can face on its own.  It’s going to require a concerted collaboration.”