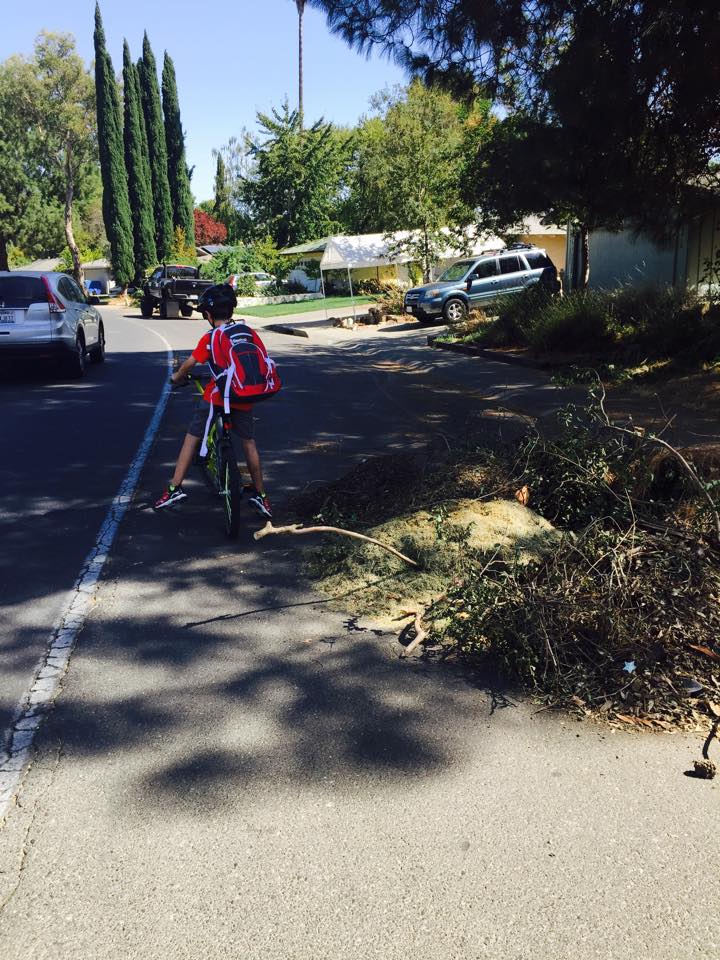 When I first moved to Davis, I wondered who or what was creating the ubiquitous mounds of vegetation in the gutters. I reasoned that it couldn’t be the residents, for who would want to have an unsightly pile of debris in front of their beautiful and well-maintained home?

Finally, I deduced that these mysterious piles were the handiwork, the chef d’oeuvre, of some invasive species well-adapted to a town environment. Further deduction led me to dismiss the theory that the ghastly mounds of vegetation were the result of humans (especially Davisites), because Davis citizens are enthusiastic proponents of bicycling, as well as being painfully aware of the parking shortage — and the piles consistently blocked both parking spaces and bicycle lanes.

Then I discovered that, above and beyond Davis’ healthy squirrel population, there existed a robust colony of Via castor canadensis, or better known as street beavers. Very little is known about street beavers other than they are shy creatures and live in the dams they build on the street. Judging by the number of their dams throughout Davis, they reproduce quickly.

As are all species of beavers, Via castor canadensis are industrious and build their dams quickly and expertly. In talking with a UC Davis scientist who wished to remain anonymous, but goes by the Twitter handle @StreetBeavers, we learned that the females usually have a litter of two to three kits and are attentive mothers.

Large in size, Via castor canadensis weigh up to 40 kilos; they have the charming beavery buck teeth designed to fell trees and cut branches, a magnificent tale for balance and self-propulsion,

and strong webbed feet that allow them to easily motor around underneath the town in the street drains during the rainy weather, and walk over rocky terrain painlessly.

Street beavers also are extremely resourceful and use the materials at hand to build their dams, e.g., pines during the Christmas holidays, pumpkins during the fall, and other vegetation readily available to them. Often, they construct a firm base of branches, covered with thick layers of dead leaves as insulation.

Davisites are a peaceful people and have lived in harmony, mostly, with Via castor canadensis for decades. But the street beaver population has exploded to the point where the safety of bicyclists and the convenience of parking are greatly impaired.

Some believe the best solution to the street beaver dam problem is to make the materials inaccessible — or eliminate them altogether — so that the street beavers move on to more native and greener pastures. This would require the city of Davis to create a citywide initiative and system to eliminate their green waste.

Getting rid of the street beavers and their abodes will take time, and the entire town will need to make a concerted effort. But wouldn’t safe bicycling and more parking spaces be worth it? And our neighborhoods would be more beautiful without ugly dams littering the streets.

— Jennifer Ann Gordon is a Davis resident.  This is a reprint from an op-ed from five or six years ago.