In an article I authored and published on February 12th in both the Davisite and Davis Vanguard, I vehemently disagreed with and disputed allegations that the No on Measure L campaign committed expenditure or finance reporting violations (see Background below). I noted, to the contrary, that California election law specifically disallows campaign monies to be used for the types of litigation expenses that were otherwise alleged we omitted from disclosing .

In the course of investigating such expenditures and in recent commentary on-line by different observers, it was noticed that there were other areas of campaign expenditures that are inconsistent with financial disclosure standards of the FPPC. In particular, the Davis Vanguard ran daily ads since the inception of the campaign until voting day and for a substantial period beforehand. The payment for these ads is not disclosed on any financial statements filed by the Yes on Measure L campaign which is a violation of FPPC regulations

Further, over $64,000 of non-monetary contributions to the Yes on Measure L campaign for salaries have been disclosed in campaign filings but the recipients of these salaries have been kept secret and it is not known if these payments were for personal gain which is prohibited by FPPC regulations or were otherwise disallowed under FPPC guidelines.

Together, the lack of disclosure of how Davis Vanguard ads were paid and the secrecy surrounding the payment of salaries supposedly associated with campaign raises serious questions as to whether or not the Yes on Measure L is compliant with campaign reporting requirements with respect to these matters.

Every single day during the entire length of the Measure L campaign, the Davis Vanguard ran the following side-bar ad in a premium position next to every story it ran on its website whether or not the

story was even about the Measure L campaign. 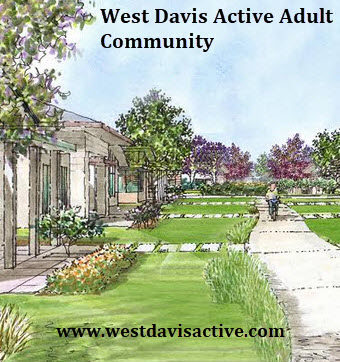 If readers clicked on the ad they were redirected to the Yes on Measure L/West Davis Active Adult Community campaign website at www.westdavisactive.com as listed on the ad. That website had a variety of election related links and schedules of public meetings discussing the project and the upcoming election.

The Yes on Measure L campaign financial disclosure filings do not list any payments whatsoever to the Vanguard for these ads although they otherwise disclose numerous payments made to other publications for ads including the Davis Enterprise, the Aggie, and a variety of “get out the vote” publications sponsored by various Democratic Party factions in California.

Yes on Measure L campaign spokespersons or their surrogates have stated that the failures to disclose payments for these Vanguard ads placements were not campaign reporting violations for two reasons.

The FPPC specifically identifies Non-Monetary Contributions of this type in their Disclosure Manuals, as follows:

Clearly, since the side-bar banner campaign ads run by the Vanguard were not paid for by the Yes on Measure L campaign themselves, they qualify as and should have been reported as non-monetary contributions by the campaign committee.

Secondly, another claim was made that these ads were only generic ads related to the West Davis Active Adult Community project itself and are not specifically related to the Yes on Measure L campaign.

This argument is also disingenuous and false because the name West Davis Active Adult Community and its widely used acronym “WDAAC” are intimately associated with every aspect of the election campaign. For instance:

This serves as further evidence that the Yes on Measure L campaign is inextricably linked to West Davis Active Adult Community by the campaign, the Vanguard, and the public. Trying to claim that the West Davis Active Adult Community/WDAAC ads in the Vanguard were only generic is thus demonstrably false and failure to disclose the value of the ads as expenditures by or non-monetary contributions to the campaign are clear violations of FPPC reporting requirements.

To expand on this apparent disclosure violation, food expenses by campaigns are also strictly limited by FPPC regulations:

A committee may purchase a meal with a cost of $200 or less, so long as the expense is reasonably related to a political, legislative, or governmental purpose. However, if the aggregate cost of the meal is more than $200, the expense must be directly related to one of these purposes.”

Although this particular food expense for the Vanguard fundraiser conclusively links the Yes on Measure L campaign with the West Davis Active Adult Community, because the food expense is in excess of $200 and the Vanguard Court Watch 8th Annual Fundraiser is not directly related to a political, legislative, or governmental purpose, it appears this $3,000 expense is also not an allowable campaign expense for the Yes on Measure L campaign under FPPC guidelines.

According to the Yes on Measure L campaign financial disclosures submitted to the FPPC, over $64,000 of non-monetary contributions to the campaign were made in the form of “salaries”. The identified donor was a company owned or controlled by David Taormino named “Davd-Mar Inc”.

David-Mar Inc is a California Domestic Stock Corporation formed in 1976 of which David Taormino is the principal agent for service of process. The stock ownership of the company is not known.

However, there are many unanswered questions surrounding the nature of these so-called “salaries”. The obvious question is whether these in-kind salary contributions meet standards for “salaries” and similar payments otherwise established by the FPPC.

“Compensation paid by an employer to an employee who spends more than 10% of his or her compensated time in a calendar month working on campaign activities for one or more campaigns. Compensation includes gross wages paid and any benefits in lieu of wages, such as stock options or an annuity purchase. Compensation does not include standard benefits, such as the employer’s payments to a health or retirement plan.”

That said, other FPPC guidance on use of campaign funds to pay salaries is very succinct and clear and posted on their website at http://www.fppc.ca.gov/learn/campaign-rules/campaign-disclosure-manuals.html. (See Manual_3_Ch_5_Use_of_Campaign_Funds.pdf

A candidate or officeholder, or any individual authorized to approve the committee’s expenditures, may not receive a salary or other compensation from the committee for the performance of political, legislative, or governmental activities. The committee may pay for professional services such as an accountant, however, even if the accountant has authority to sign committee checks”.

It is not known if the salaries paid by Davd-Mar Inc as non-monetary contributions to the Yes on Measure L campaign meet any of the above criteria which, if not, would be considered a disallowed campaign expenditure.

Further, if these salary payments were truly donations to the Yes on Measure L campaign then, according to IRS regulations prohibiting deductibility of campaign contributions, they are NOT deductible business expenses to the corporation making the campaign contributions. It is not know if the Davd-Mar Inc corporation intends to deduct these salaries in the normal course of their corporate income tax filings.

The side-bar banner ads run by the Vanguard on behalf of the WDAAC are clearly campaign related and the Yes on Measure L campaign has thus violated FPPC reporting requirements by not disclosing this as non-monetary contributions either by the Vanguard or the original payer of the ads.

Additionally, numerous questions also exists about the nature of the non-monetary “salary” contributions by Davd-Mar Inc which should be thoroughly investigated for compliance purposes.

David Taormino is the principal promoter of the West Davis Active Adult Community (WDAAC) which was recently approved by the voters of Davis on the November 2018 ballot as Measure L. During this campaign, a federal lawsuit was filed by the well-known Sacramento civil rights attorney, Mark Merin, against David Taormino and the City of Davis. This lawsuit alleged that a preferential “Davis-Based Buyers Program” in the Development Agreement signed between the Davis City Council and David Taormino was discriminatory and exclusionary in nature.

Readers can get more information on the specifics of this lawsuit by referring to the following articles – “Planned West Davis Adult Community, if Approved, Would Perpetuate Racial Imbalance in the City of Davis”  and “Measure L discriminates Against Blacks and Latinos”.

Mr. Taormino as defendant is represented in this matter by Stephen Boutin of the Sacramento law firm Boutin Jones. After the election, Mr. Taormino and Mr. Boutin have both made ambiguous but inflammatory allegations of nefarious behavior and improper reporting of campaign expenses by the No on Measure L campaign related to this lawsuit. In particular, they have claimed that legal expenses incurred in the prosecution of the Merin lawsuit should have been paid for directly by the No on Measure L campaign and subsequently reported as a campaign expenses by the campaign.

Most recently, the Davis City Council was petitioned by Mr. Taormino and Mr. Boutin and then agreed to send a letter to the Yolo County District Attorney and California Fair Political Practices Committee (FPPC) requesting investigations of these alleged wrongdoings by the No on Measure L campaign and to determine whether any campaign expenditure or finance reporting violations have occurred.