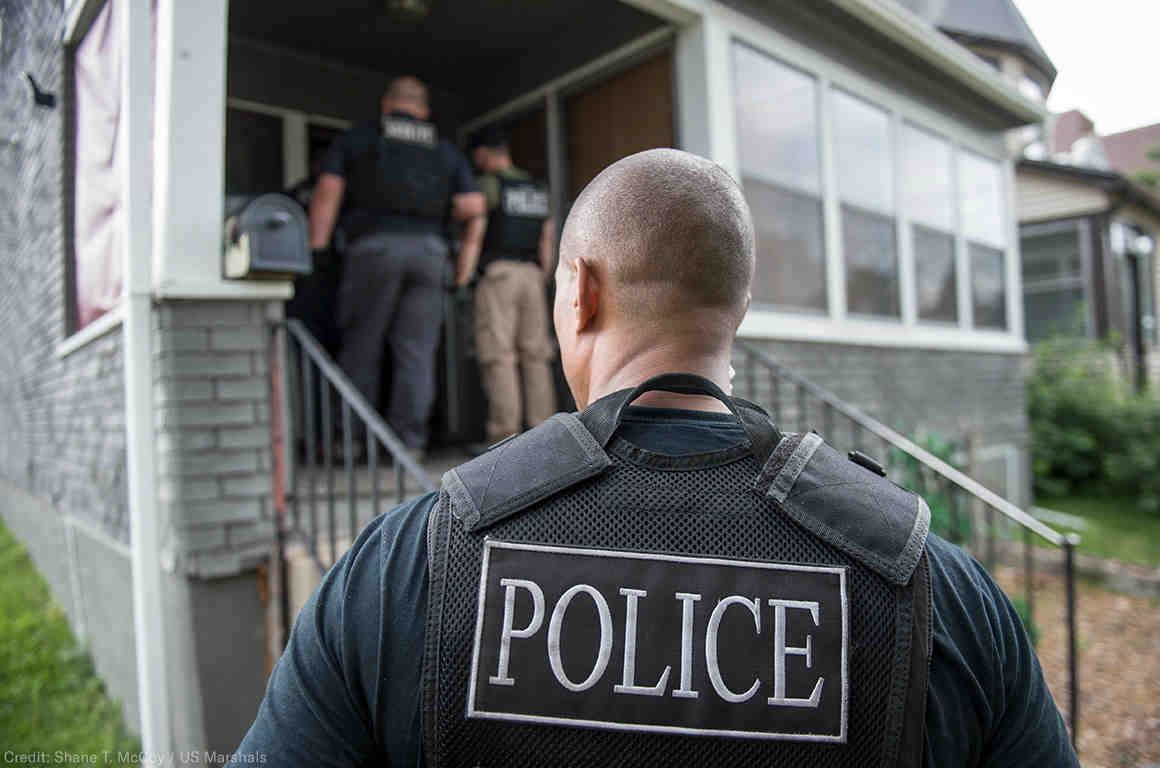 By Emma Anderson and Susan Dunn

In Conway, South Carolina, a 72-year-old widow hides inside, her curtains drawn, fearing that local law enforcement will attempt to take away her home for a third time. Ella Bromell has never been convicted of a crime. So how has her house been at risk of seizure for over a decade?

The answer is simple, but the process is obscure, discriminatory, and all-too commonplace: civil asset forfeiture.

Civil asset forfeiture grants law enforcement officers the authority to take possession of property simply because they suspect that the property was used to commit a crime. Property owners don’t have to be suspected, charged, or convicted of criminal conduct for law enforcement to take their belongings. But, of course, property doesn’t commit crimes.

Perhaps it’s unsurprising that a system built on such a silly legal fiction is so corrupt and abusive. So even though Bromwell has never been convicted of a crime, her home is at risk because neighbors sell small quantities of drugs on her front yard while she is away or sleeping without her consent.

This is just one of many cases explored in “TAKEN,” a new South Carolina investigative series conducted by Greenville News and Anderson Independent Mail reporters. In this first-ever statewide project, reporters collected information from 3,200 civil asset forfeitures cases from 2014-2016 and conversations with everyone from vulnerable residents to legal experts to numerous law enforcement agencies in the state.

Bromell’s case is extreme, but not unique. For others, keeping pizza delivery tips in cash or committing a minor traffic violation has led to the seizure of valuables because an officer believed the cash or property was connected to a crime. And

the data in “TAKEN” demonstrates that law enforcement views the simple act of being Black and in possession of cash and other valuables as indicative of criminal activity.

“TAKEN” shows that civil asset forfeiture in South Carolina disproportionately harms low-income communities and people of color. This is consistent with patterns of racial discrimination that infect our entire criminal justice system. People of color are more likely to be stopped, to be arrested, to receive harsher sentences, and even to face the death penalty than their similarly situated white peers. Civil asset forfeiture adds to this pervasive discrimination.

In South Carolina, 65 percent of the examined civil asset forfeiture cases targeted Black men, despite the fact that they represent only 13 percent of the state population. And when it comes to recovering property taken by law enforcement, whites are twice as likely to be successful as their Black peers. The recovery process is onerous, placing the burden on individuals to pay for their own attorneys and to navigate opaque judicial procedures. Because the process is civil rather than criminal, poor property owners do not have a constitutional right to a lawyer to help them.

The impact of this system isn’t just discriminatory. It’s lucrative.

In roughly three years, South Carolina law enforcement accumulated over $17 million, with 75 percent going to police agencies and 20 percent going to prosecutors. Competitions even exist for the biggest and greatest number of seizures made. In South Carolina and beyond, law enforcement agencies upgrade their cars, fly first-class, and buy absurd amounts of Gatorade (seriously) with forfeiture funds.

Supporters of the practice claim that it allows them to thwart wealthy drug and gang kingpins and fight more high-level crime with the proceeds. But as the “TAKEN” investigation documents, police are mostly accruing millions a few hundred dollars at a time by seizing small amounts of money and property, often from poor people.

These relatively low-value seizures put property owners in a Catch-22 because hiring a lawyer to fight the forfeiture case will cost more than the value of the lost property. Seizures of such low value prove that police and prosecutors use this extreme power to target plenty of people who aren’t the next Pablo Escobar.

All of this is in line with prior reporting on the subject: Other journalists investigating forfeiture have also uncovered discrimination and corruption. A few years ago, Sarah Stillman at “The New Yorker” recounted the ordeal of a couple who cops pulled over for driving in the left lane. The officers searched the car, which was being driven by a Latino man. They found cash that the couple had with them to buy a used car, but no drugs. Nonetheless, the cops and the county district attorney threatened to criminally prosecute the couple and take custody of the woman’s children if they didn’t immediately agree to hand over all their cash.

Make no mistake: This is extortion.

Civil asset forfeiture subverts constitutional principles, like protections against unreasonable searches and seizures, the presumption of innocence, and the right to due process. The government shouldn’t be allowed to take people’s property unless they’ve been convicted of a crime and been afforded the procedural protections against criminal convictions that our Constitution guarantees.

Furthermore, the fact that police departments and prosecutors directly profit from this practice presents an obvious conflict of interest. Law enforcement should be guided by public safety needs, not financial profit and self-dealing.

South Carolina lawmakers are starting to pay attention. Spurred by the revelations in the “TAKEN” investigation, bipartisan support is growing for two bills in the state legislature. One of these would “essentially require a criminal conviction” prior to forfeiture, and the other would create a searchable statewide database with information on these cases. These would be positive reforms.

One thought on “Policing For Profit”