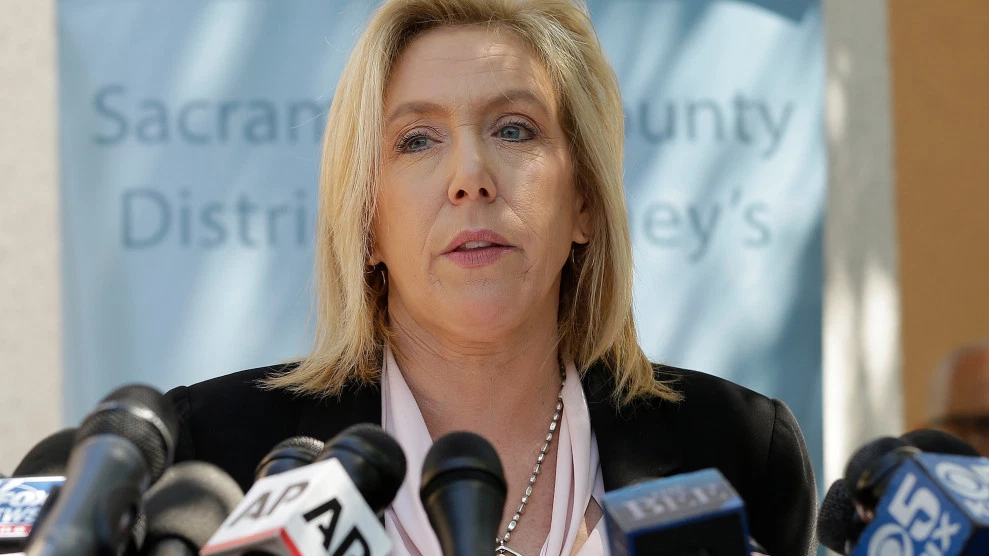 By David Greenwald and Cres Vellucci

Count me among those unsurprised by the Sac DA’s decision not to charge the officers who shot and killed Stephon Clark.  For those who believed that this issue was disappearing – it’s not.

But there is some good news here.  The reaction from public officials to this holds some promise.  Governor Newsom immediately called for “systemic reforms.”

He wrote: “We need systemic reforms that reduce inequities, increase community confidence in our criminal justice system, and that reinforce the sanctity of human life.”

He also said that “we need to acknowledge the hard truth – our criminal justice system treats young black and Latino men and women differently  than their white counterparts.  That must change.”

Assemblymember Kevin McCarty also made a strong statement, calling the decision by the DA “disappointing, but not surprising.”  He said, “When law enforcement officers cross the line and use deadly force unnecessarily, they should be held accountable, but rarely are.”

He is again calling for police accountability and change by pushing AB 392, which failed to pass in 2018, but would change the use of force rules for police.

He writes, “This measure is based on best law enforcement practices already in place in other major cities – and will promote de-escalation tactics to prevent future unnecessary police killings and ensure accountability when police officers do cross the line.”

In order to guarantee trust, we – society – must  set appropriate standards to ensure that police officers use that power sparingly and with the goal of preserving human life.   Moreover, we must hold those officers accountable when they violate these standards.

We have seen time and time again that the current laws are insufficient to hold law enforcement officials accountable for when they cross the line.  In South Carolina, state law was insufficient to convict, even when Officer Michael Slager was charged with murder – it took federal prosecution to bring him to justice.

In Chicago, a jury did convict Officer Jason Van Dyke in the murder of Laquan McDonald, but even there he was only sentenced to six years in prison for that killing.

In many other locales, the laws were not sufficient even to prosecute officers in the killings of Michael Brown, Eric Gardner, Tamir Rice, or Alton Sterling, among others.  And when they do they charge the officer, often there is an acquittal, as was the case in Minnesota where the officer was acquitted in the shooting of Philando Castile.

Here in California, Stephon Clark joins the names like Mario Woods, Dazion Flenaugh, Kelly Thomas, Andy Lopez, and Joseph Mann among many others who have been shot by the police with no criminal charges.  No accountability.

District attorneys, despite their cozy almost incestuous relationship with law enforcement, could do more even with the current laws. They could, for instance, leave it to the “trier of fact” – as Sacramento DA Anne Marie Schubert put it Saturday – and let the jury decide.

But Schubert, like most DAs, didn’t have the will to file charges and let a jury decide. She, like most DAs, took the call out of the hands of the people. She made that call and she decided the jury wouldn’t convict the officers in the Stephon Clark shooting. Case closed. Except that it is not.

That’s one more reason laws must change. With strong statements by Governor Newsom and strong legislation like AB 392, that may be about to happen.

In a statement on Saturday, the ACLU argues, “AB 392 offers a clear path forward.”

The bill would update California’s antiquated use of force law that could ensure that police officers use deadly force only when it is necessary to prevent serious harm.   It also mandates that officers use de-escalation tactics whenever possible.

National Lawyers Guild legal observers in this region and across the U.S. report that is not what’s happening in the streets,  that all too often police instigate and  escalate confrontations and harass people – especially people of color, and that leads to violence.

And, as the ACLU points out: “Inaction is not an option. Establishing clearer use of force guidelines under AB 392 is a matter of life or death.”

What is clear as we go through this yet again is that the law itself must change.

4 thoughts on “Commentary: The System is Broken… The Good News Is We Can Fix It”