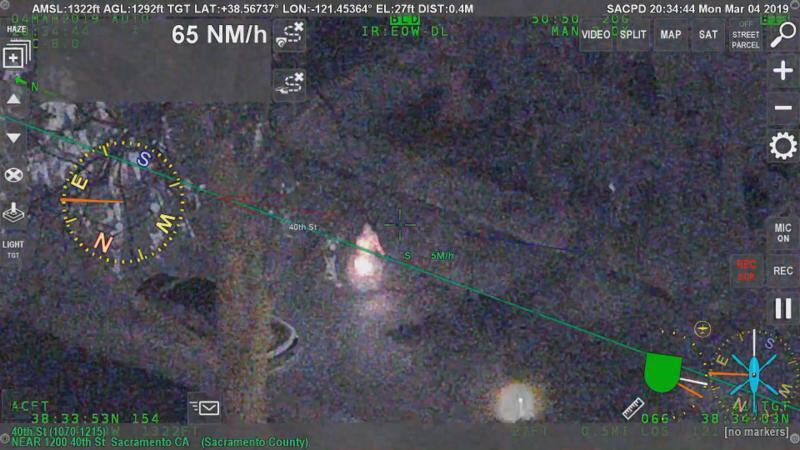 SACRAMENTO – After the city of Sacramento police were accused of trampling on the First Amendment rights of demonstrators, legal observers and the news media Monday at a Stephon Clark protest in affluent East Sacramento, District Attorney Anne Marie Schubert said late Friday she was not filing charges against any of the 84 arrested, “in the interest of justice.”

It was a quick turnabout for Schubert, who in large part was the subject of the protest after she announced last Saturday she was not going to charge SPD officers who shot and killed unarmed – except for a cellphone – Stephon Clark March 18, 2018.

It was that death that sparked Monday’s East Sac protest, and over the past year dozens of demonstrations that closed down Interstate 5, two NBA Sacramento Kings game and city streets.

When the 84 were arrested after being directed to leave, even though they did, many in the protest blamed SPD for overreacting and making arrests at a protest that was largely over. They said SPD was trying to send a message that the police were in control, and that East Sac should not be a target.

There were about 14 arrests of Stephon Clark protestors over the past year – most charges dismissed and only a few cases remain to be adjudicated – when much more disruptive actions took place in locations other than exclusive East Sac.

Friday’s decision by Schubert was not unexpected. One public defender said it didn’t take a constitutional law expert to know the arrests were not lawful, and that any jury would acquit of a case went to trial.

“It is a relief to hear that DA Schubert won’t be filing charges against the 84 arrested Monday. However, it is unfathomable that the chief of police, the mayor and the city manager claim to be unaware and surprised by actions of the police officers that night,” said Elizabeth Kim, president of the National Lawyers Guild Sacramento Chapter, who was present Monday.

“Even though the charges are dropped, every single person detained that night suffered indignity, humiliation, a record of an arrest, and time they will never get back – simply for exercising their First Amendment right. Mass arrests create fear and discouragement in the community from exercising its right to free speech (and) penalizes those who took careful precaution to protest peacefully,” she added.

She urged city leadership to “take a hard look” at the arrests and be “more thoughtful at how all of us can provide healing in the community, not mass arrests and infringement of constitutional rights.”

Sacramento Mayor Darrell Steinberg told news media it was the “right thing to do” by Schubert to not file charges against “peaceful protestors.” He also praised the SPD for providing security for up to 500 college and high school students who left classes and marched four miles to the Capitol Thursday.

Jeff Harris, the city councilmember that represents East Sacramento, said he was at the protest Monday that he called peaceful. He said he was disappointed at the arrests at the end of the demonstration.

One East Sacramento resident was disgusted, she said, with the arrests and commented: “No one at Sac PD ever read an east sac Next Door thread? Every day, protestors or not, it’s allegations of car vandalism (usually windows smashed) and failure to pick up dog poop,” she said.

Kim said she and her other legal observers saw no vandalism, only overly aggressive behavior by SPD, the CHP and Sheriff Deputies. And put blame on city leaders.

“Even if their claim of ignorance is taken at face value it shows a disconnect between city leadership and the actions of the police that result in harm. Both city leadership and the police were preparing months in advance for the DA’s announcement on whether charges would be brought (against the officers that shot and killed Stephon Clark) indicated by their attempt to pass an ‘emergency ordinance’ to criminalize possession of items such as water bottles and pepper spray.

“Thankfully that effort was quashed. But then to conduct a mass arrest in the face of the mourning community in the form of kettling and forcing them into an area where dispersing was not possible, without presence of violence, criminal activity, any real need- and to not distinguish between journalists, legal observers, clergy- was not only unnecessary, it was unconstitutional.

“Does the city really need any more blatant violations of the Constitution? These incidents continue to affect the trustworthiness of law enforcement and continues to divide the relationship between the police and the community, when efforts should be focused on repairing their relations,” she added.

SPD admitted in the statement that many protestors left the area, but others were arrested for “unlawful assembly.”

However, video and witness statements clearly show the 84 eventually arrested – reporters, legal observers, demonstrators and members of clergy – were directed and allowed to leave down 51st street, but were arrested when they did so. Many of those arrested were frustrated and said “there was no way out, to leave the area as directed.”

“The Sacramento Police Department respects and upholds the constitutional rights of all members of our community including the right to express and exercise free speech. We will continue to balance these rights with the protection of property and life,” SPD insisted.