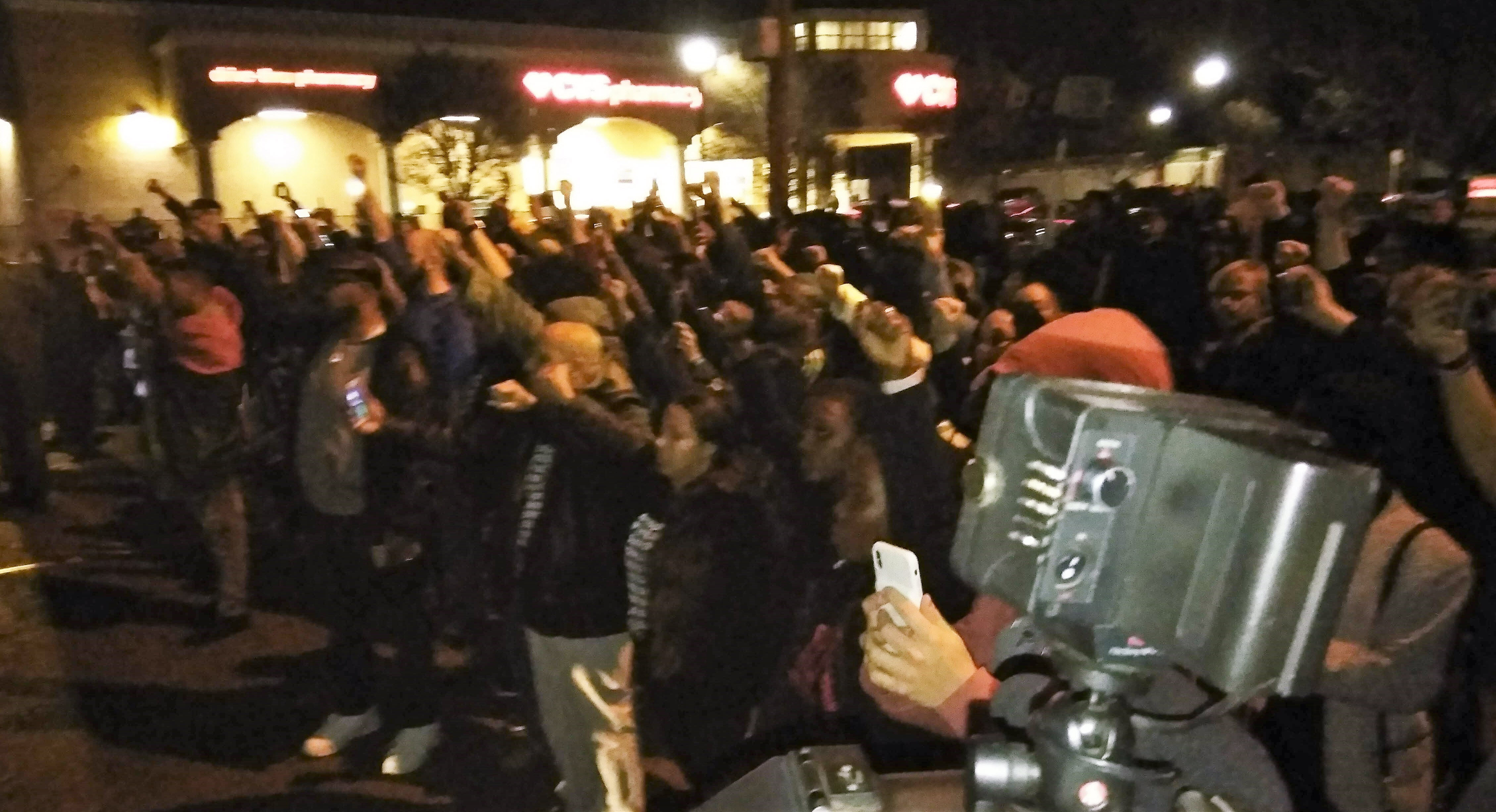 SACRAMENTO – In court news here Wednesday, a U.S. District Court judge has strongly suggested the family of Stephon Clark and the city of Sacramento settle a $20 million civil rights lawsuit – and Sacramento County Superior Court was expected to hear the first case from the 84 people mass arrested at a Stephon Clark protest last week.

In federal court, Judge John Mendez said the civil case probably won’t go to trial until 2021 at the earliest because of judge shortages and long court calendars

And the first of 84 people arrested on the 51st Street Bridge in East Sacramento a week ago Monday as they attempted to disperse in the face of 200-300 no-nonsense, baton-wielding law enforcement officers never appeared in court to be arraigned on felony charges Wednesday.

The case wasn’t on the radar of other news sources, but the Vanguard Sacramento Bureau is exclusively reporting that the arraignment was vacated at the last moment by the Sacramento County District Attorney’s Office.

The reason the arraignment was set Wednesday – according to a source with the National Lawyers Guild of Sacramento, which is tracking those arrested – is because the defendant had been charged with a felony along with misdemeanor failure to disperse, which is what 83 other people were arrested for March 4.

Clergy, activists, legal observers and working reporters said the protest was over when police ordered people to disperse. And as people were leaving, police moved in from three sides forcing most – some

saw activists jump over fences to get out of the police dragnet – to flee down 51st Street.

However, rather than being allowed to continue home from there, law enforcement moved in with horses, California Highway Patrol, Sheriff’s Deputies and SPD to arrest all of them.

The unidentified person – the Vanguard is protecting his/her identity – was hit with a felony because she was in possession of a scarf and a bicycle lock. Police allege that could be somehow used as an “improvised weapon.”

Unfortunately, the felony carried $10,000 bail. Others arrested only for the misdemeanor failure to disperse were released 4 to 6 hours later at Cal Expo – miles from the arrest on 51st Street and Highway 50 – and allowed to leave on “OR,” or their own recognizance, with no money bail.

The bail cost for this activist was $1,000 – paid to a bail bonds company – and is nonrefundable. There is a chance “they” would have been released “OR” anyway in a few hours, but there’s no guarantee and the arrestee was alone in jail – it’s not as though there was a jail support action.

The Sacramento County Public Defender’s Office was prepared to represent the arrestee, but tracked down the information that there would be no felony charges filed.

In fact, the public defenders said they’ve had a number of phone calls from members of the public arrested at the protest, and will, if necessary, represent them, too.

Although the DA has said she won’t file, the City of Sacramento still may file charges. If so, the PD’s office said it’s prepared to provide free representation for all who contact them.

That – the city filing charges – isn’t that unusual. They did so against eight anti-police shooting activists last year at a City Hall protest. The DA would not prosecute but the City chose to file charges at Carol Miller Justice Court as infractions, which denied the activists the right to free lawyers and a jury trial.

After the activists chose to file discovery requests and call dozens of officers to the bench trial, the city dropped those charges.

Tuesday, Deputy Chief of Police Dave Paletta, who confessed he was in charge March 4, said police moved in and arrested 84 people – they actually arrested 85, but released a Sacramento Bee reporter after he spent an hour in handcuffs – because cars had reportedly been vandalized and a chopper saw someone with what appeared to be a flare.

SPD never explained if they really believed that reporters and clergy, let alone NLG legal observers, were really suspects in a crime.

“We had nowhere to disperse except where they directed us,” was the common complaint of those arrested, who were held on the bridge in tight plastic handcuffs and then transported hours later to Cal Expo to be processed before being released.

Paletta also said protestors “blocked” the entrance to Mercy Hospital, but this reporter observed only that protestors stopped briefly on a street adjacent to the hospital to chant and that that SPD blocked the street with a dozen or more vehicles and more than 100 militarized police.

In fact, when an ambulance appeared, straggling protestors quickly moved out of the way.