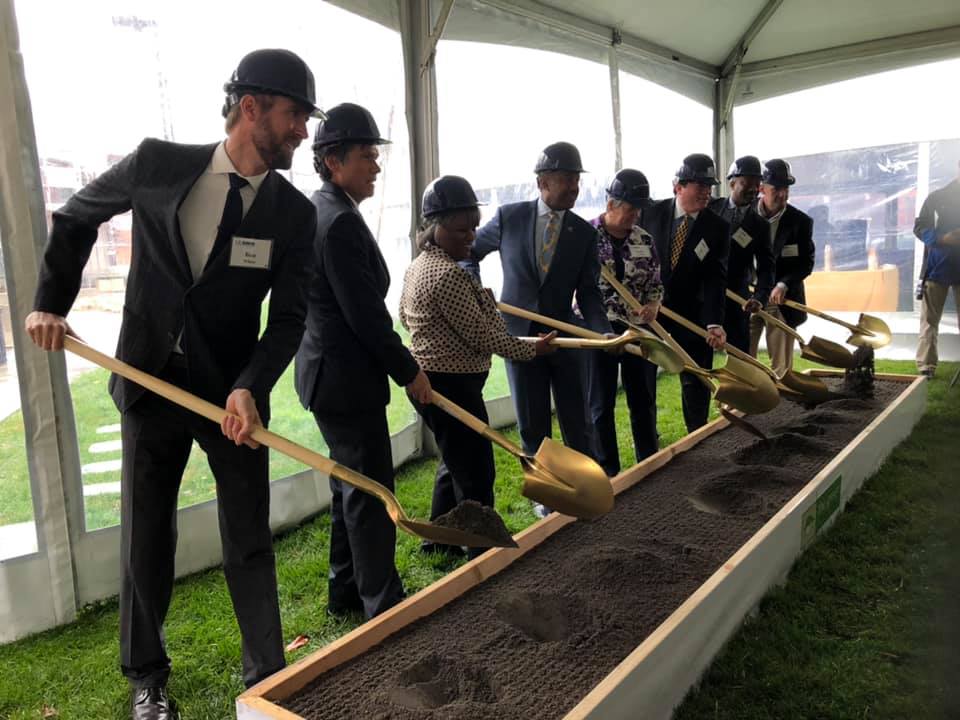 The year was 2002.  A few months after 9/11. The second year of George W. Bush’s eight-year presidential term.  Davis Mayor was Susie Boyd.  That was the last time the city of Davis had a market rate apartment complex open.

Last week, UC Davis broke ground on the new wing of West Village – they call it “The Green at West Village” and according to the interim vice chancellor of Student Affairs, Emily Galindo, it is the largest current student-housing construction project in the country with 1000 beds, and they hope it to be available for next fall where ultimately 3000 new students will be served by the development on 34 acres of land.

Still what strikes me are comments made by Chancellor Gary May and Mayor Brett Lee.

For Gary May, he noted that “housing has been a key focus during my (time at UC Davis) and that there has been a “significant shortage” of housing for students in Davis.

The location of West Village is appropriate because it was created and developed in the first place, starting the middle part of the first decade of the 2000s, precisely because UC Davis anticipated the

need for additional housing – and the city with its recent adoption of Measure J looked like it would be unlikely to continue to develop new housing for students as they had over the course of the previous few decades.

I highlight these comments, though, because despite the knowledge and attention to student housing shortfalls, actually providing for that need has been slow and at times painful.

We want to claim some progress in this area and I think both university and city have been able to do that.  The university eventually agreed to add over 9000 student beds – but it was a painful process to watch.  You had the first announcement back in 2015 – we won’t be able to provide housing for all the new enrollment we anticipate.

That was really a non-starter.  Under pressure from not just the activists but the council and even the County Board of Supervisors, the university moved that up first to 6200, then to 8500, and finally to 9050.

The citizens and city wanted half the university population on campus – they got 48 percent.  Given that 50 percent was a somewhat arbitrary number, 48 percent is not bad.

The city side of the equation is laudable.  We have four major projects that were approved: Sterling, Lincoln40, Nishi and Davis Live Housing.  With those four, the city will add something close to 4500 student beds.

If that sounds like progress it is.  But most of those projects were fought every step of the way.  Slow growth advocates pushed back hard against these projects.  They wanted more housing put on campus rather than just off campus.  They didn’t want them to be solely student-oriented housing.  They opposed rent by the bed.  They opposed at some locations the fact that many of the bedrooms would have individual bathrooms.

Despite all of this – the progress remains slow.  Two projects here really exemplify the local challenge of building housing.  Start with Lincoln40.

For all the complaints that most of these projects get in terms of the developer’s approach to the neighborhoods, in most ways Lincoln40 did everything right.  They reached out to the Olive Drive community early in the process.  They got local people on board to help and they went door to door, they met in groups and also individually with neighbors.  They met early with the Old East Neighborhood Association.

The result was that when Lincoln40 went to council, there were really no neighbors opposed to the project.  There were a few people who had units on the existing land and they made sure each of those people would be taken care of and would have a place to live.

When it came time for the environmental review process, they made sure they went above and beyond.  For them that meant doing an EIR even when it wasn’t required.

They tried to check every box.  They created an actual affordable housing project that had onsite units which were internally subsidized, allowing the project to provide affordable units to students for the first time.

And, despite all of this, they got litigated on CEQA issues.  The project was supposed to go to court on Friday, but, once again, it was postponed, this time for two more weeks.

This is the problem, the city has approved 4500 beds, but two-thirds of them are held up in litigation.

Nishi was finally approved by the voters in June 2018.  Unlike Lincoln40, they still have easements and right of ways to work out, so they are not eager to push the litigation forward.  But this process illustrates just how hard it is to build housing in Davis.

The 2008 Housing Element Update contained two versions of Nishi as potential sites – one with access to Olive Drive and one university-only.  We would test them both and ultimately the university-only, which the HESC rated more highly a decade ago, was the one that passed.

After slow progress Nishi finally came forward as a proposal in 2015.  It was put forward as a mixed-use site.  It had some retail but also 300,000 square feet of R&D space.  For some, it’s still the better of the projects.

But as a Measure R project, it had to go before the voters and two issues in particular resonated.  First, the traffic impacts on Richards.  Second, the lack of on-site affordable housing.  Ultimately this was enough to defeat it – narrowly – by 700 votes.

Two years later, learning from that defeat, they made it university-only access, removed the traffic impacts, and used the Lincoln40 model of affordable housing to provide it on-site and for students – and by making it rental only, they attempted to head off concerns about air quality.

This time it passed overwhelmingly, but, despite the clear need for housing, it too is caught up in litigation – for a second time.

Lincoln40 and Nishi both illustrate why building housing is so difficult in Davis.  Lincoln40 did everything you could expect a project to do from a planning perspective, even going above and beyond the environmental review requirements, and still got sued.  Nishi has taken since 2015 (if you just count the formal application process) and it might take a total of six to seven years from application to build out.

The process is slow, time consuming and expensive – even when a good 55 to 60 percent of the voters of the community agree with the need for more housing.

5 thoughts on “My View: Addressing Student Housing Needs Has Been Slow Progress”