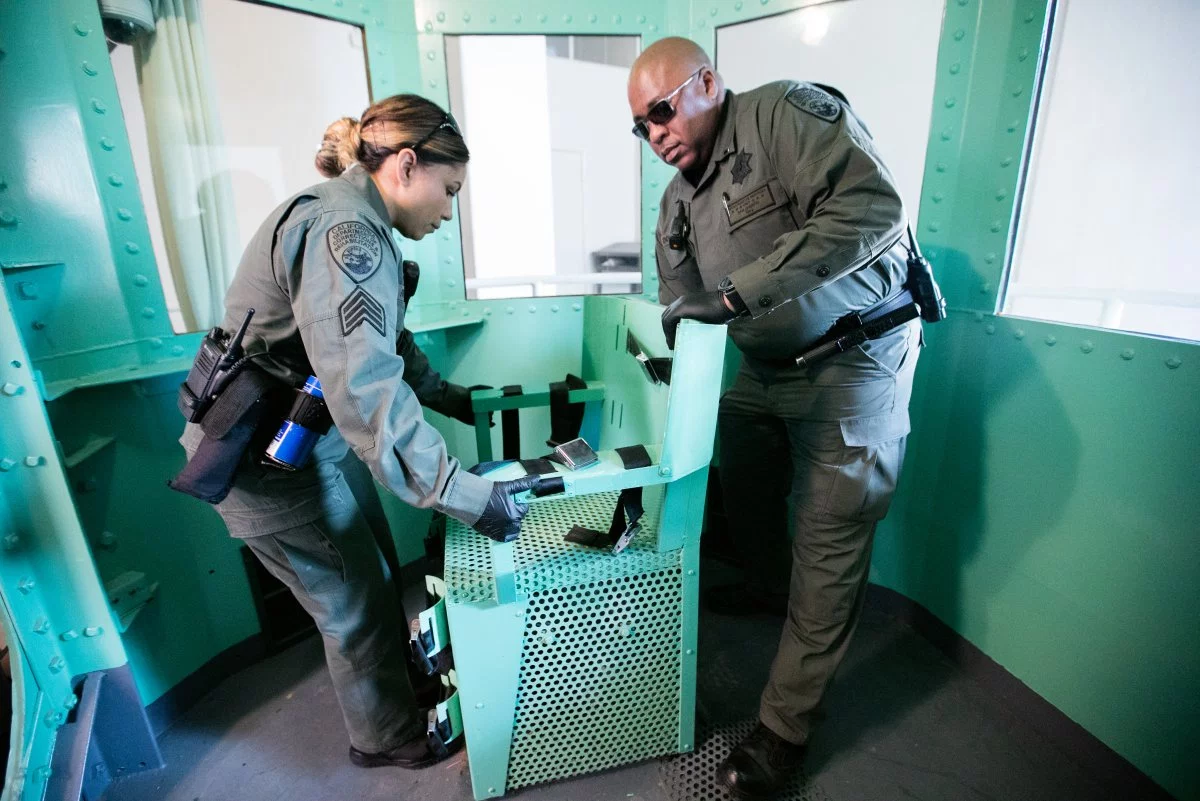 In the past few days, we have seen much in the way of angry responses from families of victims, where those convicted are on death row. However, despite this, it is a tricky subject. I recall a few years ago reading the book, Killing McVeigh, which did a great job of tracking the families of the victims of that bombing. The truth is there were some who wanted him to be executed – but there were many who were opposed to it.

About five or six years ago, I interviewed Linda White, a woman in Texas whose daughter had been raped and killed by two teens. She told me that at first she had joined victims groups, but found them full of angry people trying to devise harsher and more draconian punishments for the offenders.

“There were people who were angry about that on my behalf, friends and supporters, but I didn’t feel that way in the beginning,” Ms. White said.  “I did go to a victims’ group, a victim support group, for awhile and I found them to be enormously helpful in the beginning because they kind of helped me. They know what to expect in the criminal justice system and it was good talking to people and listening to people that had been in similar circumstances.”

of her daughter’s killers.

In response to the governor’s decision to put a moratorium on the death penalty, many victims have spoken out against his actions in anger.  It has spawned numerous newspaper articles.

Columnist Marcos Breton of the Sacramento Bee would write a scathing critique.

He argues that “death row is filled with killers, not martyrs.”  But it’s also filled with victims, broken people, and yes, innocent people.  How many is open to debate.  But enough that we should be cognizant of it.

However, Mr. Breton makes the point: “Maybe history will prove that state-sanctioned killing was wrong on principle.”

His concern, though, is victims – and he is right about that.  He points out that “progressives too easily forget the people whose loved ones suffered and died…”

I agree with his concern about victims, but where I might disagree is that the death penalty is the way to honor the victims.  What has become clear to me in the days following the announcement, Gavin Newsom did his homework.  He met with the families of victims – some agreed, some disagreed.

Clearly there are victims and victims’ families very angry about this – but a surprising number are supportive of it.

In my view, the research on the death penalty, which drags out for decades, extends the agony far past when people could move on – and even when and if an execution does occur, it often does little to create closure, which turns out to be a nebulous concept at best.

I was reminded this week of the words of the late Edward Kennedy – a staunch death penalty opponent, even though he probably more than most knew the pain of losing loved ones to the hands of murders. 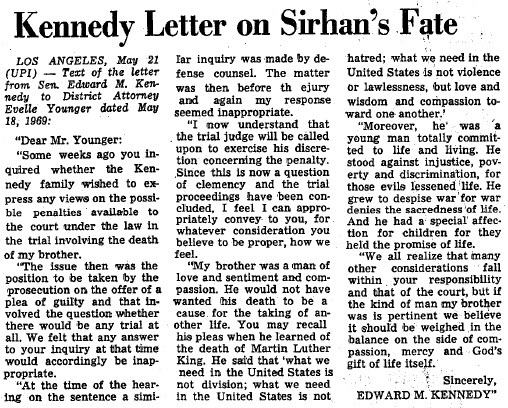 On May 18, 1969, he would write to the LA DA Evelle Younger: “My brother was a man of love and compassion. He would not have wanted his death to be a cause of the taking of another life.”

The LA Times had a good article on the divide yesterday. Some responded with anger but many support the governor’s decision. The Times pointed out on Wednesday, “Newsom said he talked with victims at different ends of the spectrum and did not make his decision lightly.”

The Times interviewed Amanda Wilcox, whose daughter Laura was killed by a gunman in 2001 while she was working a temporary job in a mental health clinic in Northern California.

“I am very pleased that Gov. Newsom is following his conscience on this issue and I agree with what his beliefs are,” she said. “I felt a violent act is what created this problem in the first place and to respond with more violence doesn’t help.”

There are also family members who lost their friends and loved ones in the 2011 mass shooting at a Seal Beach hair salon and have watched as the prosecutor, in his zeal to execute the killer, turned that into a fiasco.

Beth Webb talked to Governor Newsom and explained, “He looked touched, he looked emotional and vulnerable.” She “became a vocal critic of the criminal justice system and supporter of efforts to end executions after the case against her sister’s shooter dissolved in a scandal over the use of jailhouse informants.”

The Times talked to Aba Gayle, who made her way to Sacramento from Northern Oregon.

“What I say is, ‘Don’t murder someone in my name,’ it does nothing to benefit my daughter, it won’t bring anybody back,” said Ms. Gayle. She told the Times that a ” prosecutor promised her the conviction and death sentence of Douglas Mickey would bring her closure. But after the trial was over, she struggled to find peace for eight years until the right people came into her life, the right books fell in her hands.”

Ending execution has become her focus.

You can see her video statement to the governor:

Aba Gayle came to the Capitol yesterday to honor her daughter Catherine Blount who was murdered in 1980. Her journey highlights the healing power of compassion and forgiveness. pic.twitter.com/xrOv7YEkBe

From the stories that are emerging, it is vitally important to understand a key thing – that you can agree or disagree with Governor Newsom on this. But he definitely did not go about this in a capricious manner – he took the time to talk to victims on both sides of the divide and did what his conscience dictated.

In my view, I think he has a clear ability to take this action, but I see it as a temporary solution. The legislature needs to put another measure to the voters for their approval.

12 thoughts on “My View: Not All Victims Favor the Death Penalty”