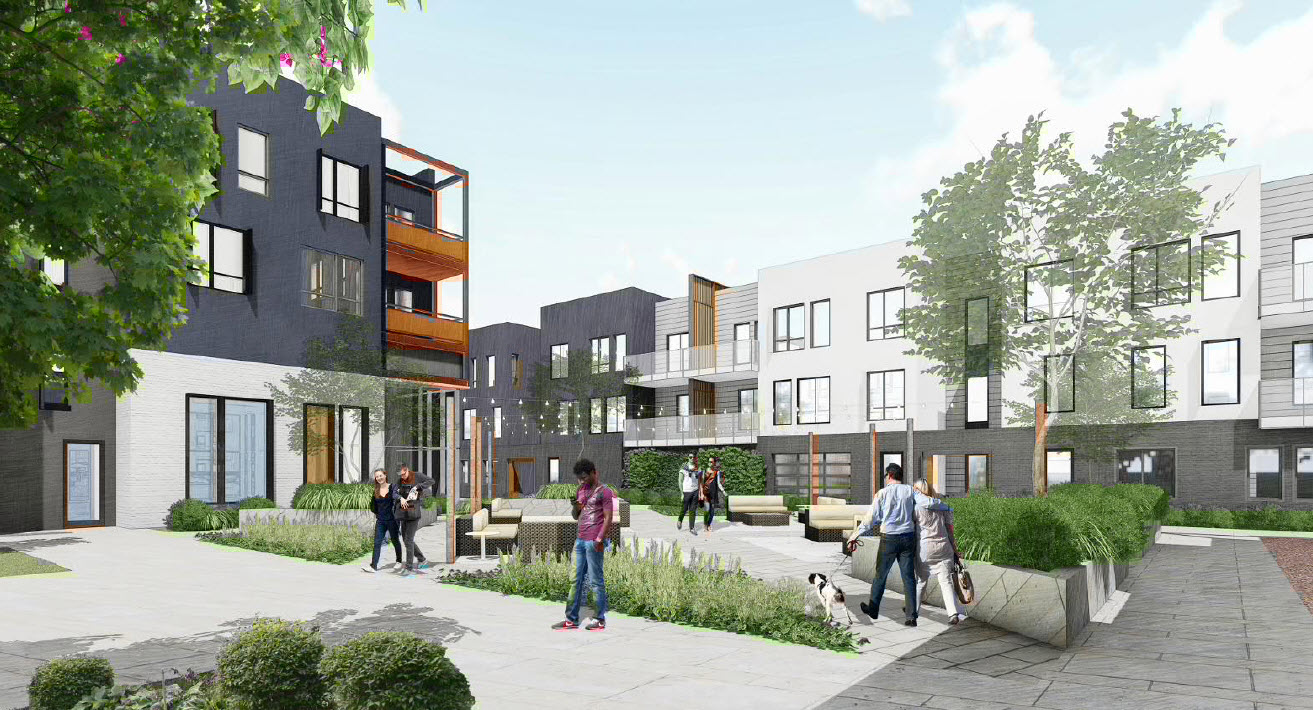 I get that it is disconcerting to be called out by your councilmember, especially when it’s the affable and mild-mannered Will Arnold, but Councilmember Arnold got it right on Chiles Road Apartments – and people need to understand the difference between freeway commercial (convenience stores and gas stations) and R&D and recognize that it is possible to have more than one need at the same time and that government must balance priorities.

The background of Councilmember Arnold’s comment was an email to council that complained that “some seem to be claiming that there’s a ‘shortage’ of available commercial space” while at the same time “advocating for conversion of existing commercial space to accommodate residential development.”

They argue: “If there is an actual shortage of commercial space, then the proposed conversion of the Chiles Road site (from commercial to residential zoning) is difficult to logically explain.”

They then warn that “this latest missed opportunity is surely something I’ll remember, if/when the MRIC proposal arises again.”

I have a lot of problems with this viewpoint, but for Will Arnold’s purpose, as he explained in an email:

“I stand by my assertion that any comparison between the site we approved for housing last night, and a proposal that may come forward for an innovation center, must consider a number of critical factors, including size, location, and allowable commercial uses. Thus, any suggestion that, by converting one from commercial to residential, we must not really need any more commercial space elsewhere, I believe to be either greatly mistaken or disingenuous.”

Back in December, the Vanguard addressed this issue, as Economic & Planning Systems Consulting analyzed the fiscal viability of the 3820 Chiles Road Project and found that it was not viable for the type of R&D development that Mace Ranch would provide.

Basically, EPS concluded that the site was isolated and small.  What is more is that their theoretical research is backed up by observations from the developer.  Unlike other locations which have

given lipservice to commercial development – like, say, Cannery – Lawrence Shepard, later assisted by Chuck Cunningham, both attempted over the period of years to find a viable commercial suitor.

Ultimately they enlisted the city through Diane Parro and Greater Sacramento’s Barry Broome, and were unsuccessful.

What the developer here found is that most commercial interests are simply not interested in developing a five- to seven-acre site for R&D.

EPS instead found that “R&D and office tenants prefer to co-locate with similar uses and with service providers in a ‘campus’ environment.”

If that is the case, where exactly is the contradiction?  That a small site is not viable for R&D does not mean that we do not need R&D.

The second point is on the shortage of commercial space.  The city went through this process back in January.  The finding at that time was there were 124.5 acres of vacant commercially zoned land.

But our analysis from January immediately begins to lower that number.  We conclude, once we take non-viable properties off the table and consider ownership intentions as well as the impact of the Frontier Fertilizer site, immediately 73 of the 124 acres are completely eliminated from consideration – for at least 10 and probably 20 years.

Based on that analysis, there is perhaps one nearly 10-acre site along Second Street that is potentially viable and available.  Everything else is either reserved for other uses, or very small and fragmented.

In short, whether we could develop the seven-acre site at Chiles or not, we just do not have a lot of available commercially zoned land.

EPS did estimate that “the City has an approximately 43 to 63 (year) supply of vacant land for future office and R&D/Flex Development.”

But even that has some questionable assumptions.  First is that all of that now 125 acres is viable, which it isn’t, and they are also assuming only adding 39,000 feet annually, or 2.2 to 3.7 acres a year.  That might be true with current R&D build out rates, but if the city wishes to really expand their economic development, we are going to find that the few sites scattered around town will fill up pretty quickly.

There is a third and perhaps more basic problem with the criticism – the implicit assumption that we only have one need.  The reality is that this community has many needs, the council has the job of balancing those needs, and sometimes that involves trade-offs.

This gets back to Will Arnold’s point that size and location are important considerations, that these decisions are not made in a  vacuum and that council must consider what the best use of any given property is – irrespective of the array of community-based needs.

In this case, we need R&D space, but we also need housing for the employees of R&D companies to live in.

We can hearken back to our conversation with Jim Gray and Dave Nystrom on the University Research Park mixed-use proposal for workforce housing.

As Mr. Nystrom explained, “one of the challenges (businesses in the park) face is hiring people because it’s so difficult to find housing in Davis. People I think have an expectation that if they’re going to work in Davis, they’re going to live in Dixon or Woodland or West Sacramento because the housing market is just so tight.”

Chuck Cunningham sees his project as helping the economic development needs of the community, as well.

“It’s not designated tech or R&D,” he said.  “But the property does have an important role in the city’s economic development plans.  We suffer from adequate housing for our Davis workforce.”

Mr. Cunningham stated, “While it’s a housing project, it is a component for the economic development goals for the city.”  He said, “It meets an unmet need in the city.”

Finally, a small but important point.  The Chiles Road site is about seven acres.  Mace Ranch Innovation Center would be about 200 acres.  Just because we believe that Chiles is better suited for housing does not negate the need for R&D.

In conclusion, whether you believe the claim is shenanigans or not, there can be no argument that we need R&D space.  The amount of available space in the city is much smaller than I think many people realized, and this particular property is not well-suited for R&D development.  Regardless, we need workforce housing and the conversion of this property which is seven acres to housing has no bearing on whether we need a 200-acre R&D property.

At this point we don’t know when the MRIC proposal will come forward – our expectation is that if it does, it will be R&D only, without housing, but we will see.

Share:
Tags:Chiles Road ApartmentsEconomic DevelopmentMRICR&DWill ArnoldWorkforce Housing
Previous : My View: What Purpose Did This Lawsuit Serve Other Than to Harm Struggling Students?
Next : People Are Charged with Crimes that Waste Taxpayers’ Money and Prosecutors’ Time

15 thoughts on “My View: Shenanigans or Not, We Need Workforce Housing *AND* R&D Development”