SACRAMENTO – Several “Blue Lives Matter” flags were torched here in front of City of Sacramento police headquarters late Saturday after the Sacramento County District Attorney said she would not charge Sacramento police officers for killing an unarmed Black man nearly a year ago.

There were no arrests, and police observing the action didn’t confront the crowd of about 100 protestors.

Earlier Saturday, in a carefully orchestrated, strategic media event, Sacramento County District Attorney Anne Marie Schubert announced after an hour-long presentation – some called it a “closing argument” in defense of city police  – that no police officer would be arrested for the slaying of Stephon Clark, an unarmed Black man March 18, 2018.

The decision was not unexpected. DA Schubert has never charged a Sacramento police officer for killing civilians, unarmed or not. But it was how Schubert rationalized her decision that brought gasps from onlookers and looks of surprise from even some in the news media mob.

In short, Schubert – sounding at one time like a prosecutor of a victim, and the defense attorney for the officers – said Clark had domestic problems, probably had broken some windows and may have wanted to die.

Schubert then concluded that Clark wanted the City of Sacramento police to kill him. And SPD officers obliged, even though Clark was unarmed, and the police were 15-20 feet away safely tucked behind a building. SPD has claimed they saw a flash and Clark moved toward them – both not verified by released police video.

That’s a defense, she said, that would have made it impossible to win at trial. So, she refused to charge the officers, and allow – as many in the community have called for – a jury make the decision.

“We will not charge, there is no criminal liability,” said Schubert. I know people will be upset and this decision does not diminish the tragedy,” she admitted. 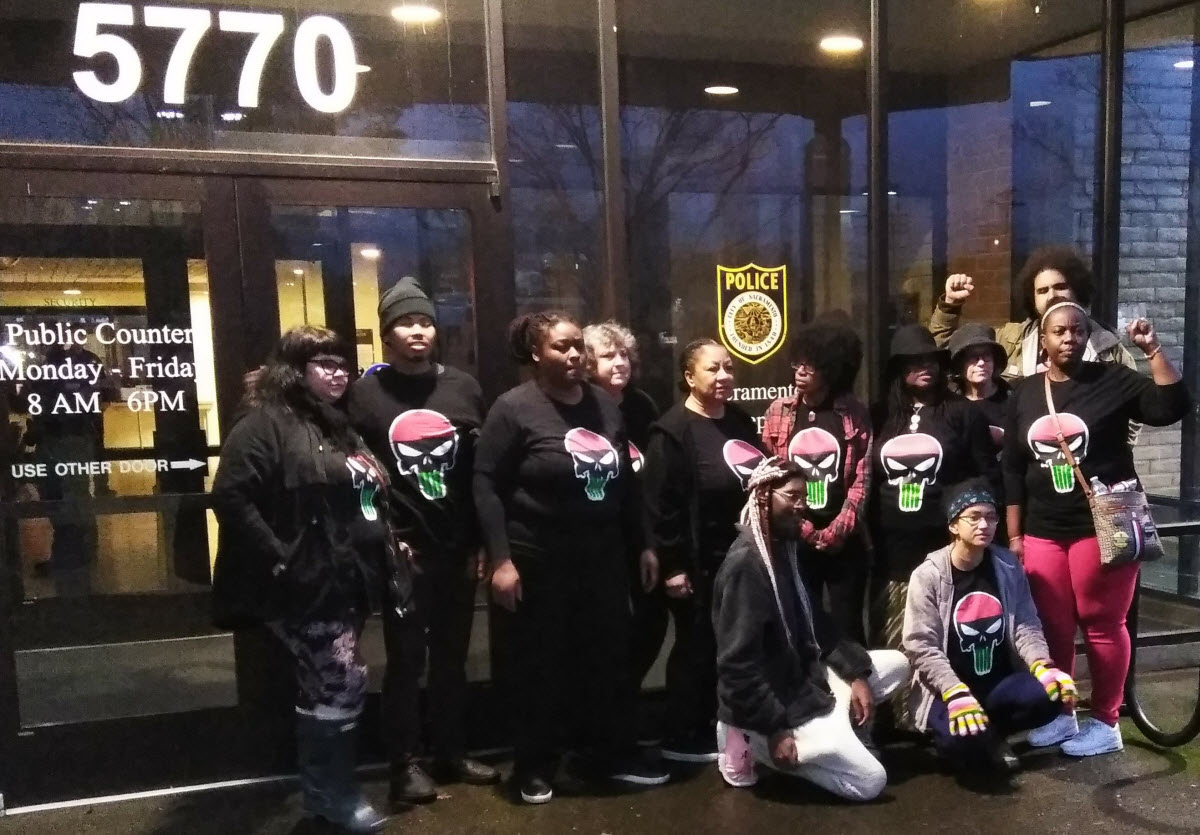 But reaction was swift to Schubert’s decision.

“I am not surprised at her decision, none of us are,” said Tanya Faison, Black Lives Matter Sacramento founder. “But I was surprised at what great lengths she went to attack Stephon. I was shocked that she stooped that low,” added Faison, who led weekly vigils at Schubert’s downtown office for months.

Schubert’s comment that “we treat everyone with dignity. This does not mean we lack compassion” was met with derision.

“The character assassination of a dead man was unnecessary. They searched his emails, chats and other social media in an effort to demonize him. The DA didn’t even talk with the officers who shot him and certainly didn’t search their social media,” said one person holding a sign criticizing police.

Reaction – expected to be so violent that workers in and around the Capitol were warned to stay away from downtown – was relatively calm.

The downtown area quaked during the weeks and months immediately after the shooting – Interstate 5 was closed down when hundreds of protestors occupied it, two Sacramento Kings games were shut down and commuters were blocked by demonstrations. There have been at least 14 arrests.

Other than a few news conferences after Schubert made her announcement Saturday, the only other “action” was a four-hour rally in front of the SPD headquarters near the executive airport.

Several “Blue Lives Matter” flags were torched near the entrance to the building. But police remained huddled inside, not daring to come out and face the roughly 100 demonstrators.

For months, the City of Sacramento girded for this announcement – and rumors flew the past two weeks leading to a Friday prediction of the announcement.

Sources familiar with the DA’s office said late Friday that the announcement was moved to Saturday because there would little traffic downtown, and no Sacramento King’s game would be disrupted. It was raining, too.

In the end, it wasn’t the fact of Schubert’s anti-climactic announcement that she would not prosecute police officers, but her callousness in demeaning Stephon Clark, and in effect his family, that surprised observers and the family. 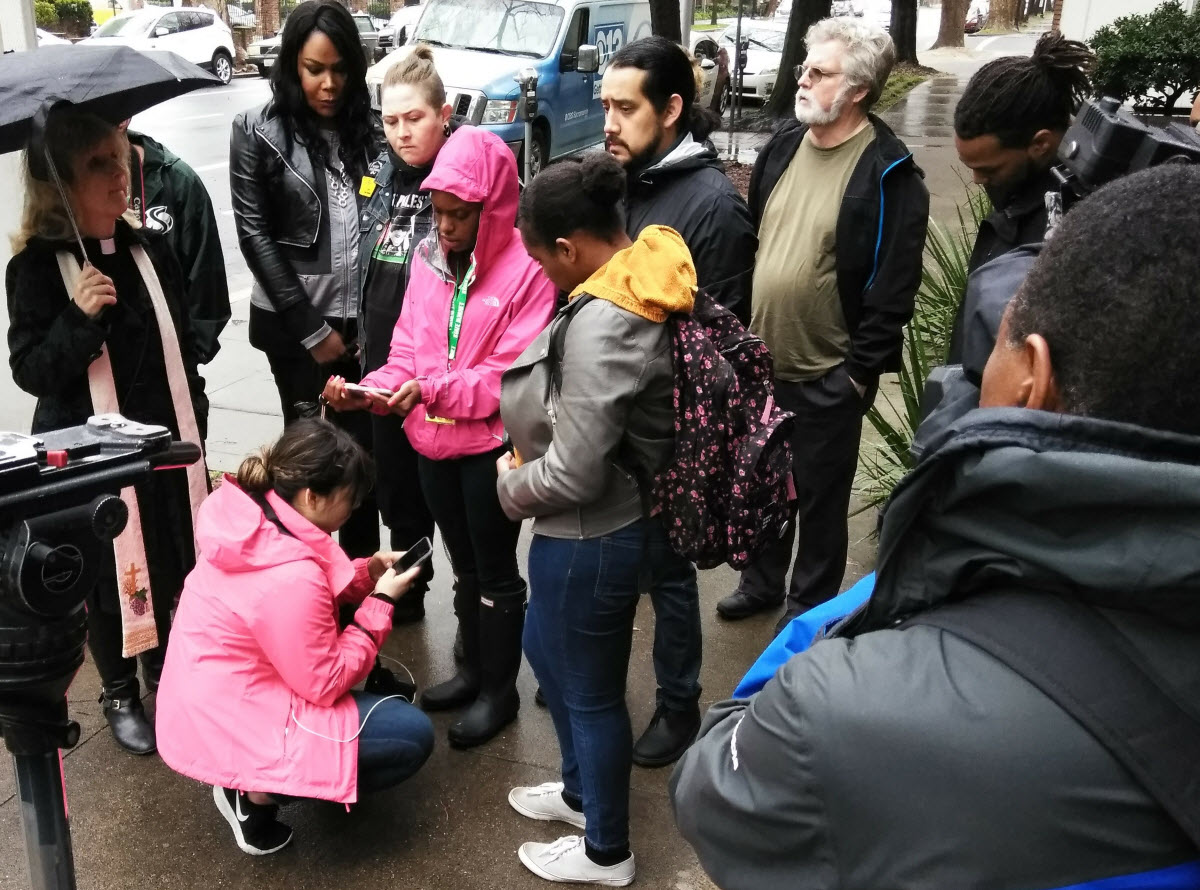 In a statement, Salena Manni, Clark’s girlfriend and mother of his children, said Schubert was supporting the “shameful legacy of officers killing Black men without consequences and breaking my family’s hearts again.”

Sacramento Mayor Darrell Steinberg, who has repeatedly called the death of Stephon Clark a tragedy, wouldn’t answer questions about whether he disagreed with the decision not to charge the officers. He has chosen to back state legislation about use of force changes, and promised to throw money into some of the poorest communities in  Sacramento. But he wouldn’t second-guess Schubert.

But others had no problem doing just that.

CAIR-SV Attorney Saad Sweilem: “We are deeply disappointed by today’s decision by the Sacramento District Attorney’s Office. Stephon Clark and his family deserve justice, and that can only come from holding law enforcement accountable when unarmed African-American boys and men are killed by the police. We need expedited reforms when it comes to policy and training of law enforcement in order to save lives and give people dignity.”

“Although the D.A. foreclosed on the possibility for justice through the criminal system, we will pursue justice for Stephon’s family in the civil courts with all vigor,” said Ben Crump, a family lawyer, in reference to a multi-million claim against the city in the works, and a huge lawsuit in federal court.

Finally, the SPD is investigating the officers who gunned down Clark – Terrance Mercadel and Jared Robinet. SPD Saturday said the department will conduct its own probe as to whether the officers’ “use of force..complied with department policy.”